Vladislav M. Zubok on the Leader's Approach to Power

Via The Cundill History Prize
By Vladislav M. Zubok 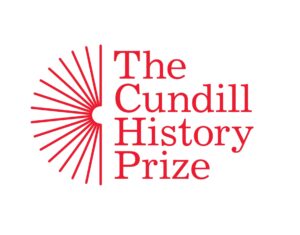 From This Year’s Cundill History Prize Shortlisted Title Collapse: The Fall of the Soviet Union by Vladislav M. Zubok.

On 25 January 1989, Mikhail Gorbachev left Moscow for a winter break. He flew with Raisa to Pitsunda, a government dacha on the Black Sea. It was the resort where Nikita Khrushchev had vacationed in October 1964, on the eve of the coup that deposed him. The KGB reported to Gorbachev that many in the Party ruling elite increasingly doubted the direction of perestroika. The number of discontents, judging by KGB estimates, reached 60–70 percent of the top Party elite: members of the Central Committee who, according to Party rules, could elect and dismiss the General Secretary. Gorbachev, however, was not afraid of a conspiracy. The political and constitutional changes had secured his position. Also, Gorbachev had his own appointee as the new head of the KGB, Vladimir Kryuchkov, appointed in October 1988. Having been Andropov’s lifetime aide, Kryuchkov was a bureaucrat without political ambitions, and he apparently enjoyed the full trust of the General Secretary.

The main concern for Gorbachev in Pitsunda was different: how to continue perestroika? As always, he turned to Lenin for a clue. Before leaving for Pitsunda, the Soviet leader found time to read “Lenin in Zurich,” a documentary pamphlet written by the Russian anti-communist émigré Alexander Solzhenitsyn. It was published in 1975, after Solzhenitsyn was expelled from the Soviet Union at Andropov’s suggestion. Solzhenitsyn’s piece was a documentary study about the Bolshevik leader in 1916, on the eve of the Russian Revolution, when Lenin was living as a political émigré in Switzerland, was bored, and complained he would never live to see action again. The pamphlet tore to pieces the myth of a kind and humane Lenin. Solzhenitsyn used Lenin’s correspondence with his lover Inessa Armand and other people to present a revolutionary fanatic who ranted and raved at his enemies and disciples alike. Solzhenitsyn also made a point that Russian nationalists had been making since 1917: Lenin viewed the Russian state and people as fuel for his world revolution. In the Soviet Union the pamphlet remained taboo; its reading was punished by imprisonment. Gorbachev’s copy had been printed specially for the high Party nomenklatura. In a long monologue to Chernyaev after reading the pamphlet, Gorbachev admitted that Lenin was a destroyer: “And always alone against everyone.” In front of his surprised aide, the excited Gorbachev began to impersonate Lenin, mimicking his style and gestures, his accent and favorite words, his acrimony and ire. This bizarre performance lasted for over an hour.

Lenin’s political loneliness resonated with Gorbachev. So did the unique ability of the Bolshevik leader to turn a seemingly intractable problem on its head, getting ahead of all others and seizing the political moment. Just as Lenin had dismissed all his critics as distractors, so Gorbachev viewed all doubters of perestroika as “conservatives,” the “left” and “right” deviationists, “the ballast” for his idea of a revolution. Prompted by KGB reports, Gorbachev decided to purge the remaining Old Guard: about one hundred octogenarian members of the top state nomenklatura who had remained in the Party’s Central Committee because of their past achievements and service. After his return to Moscow, he began to meet with the targeted stalwarts, apparently one to one, and convinced them to retire “voluntarily.”

After Pitsunda, Gorbachev distanced himself even more from discussion of economic and financial problems. He swung between Ryzhkov and the conservatives in the Politburo, but he was not interested in the nuts and bolts of reform. The Soviet leader never invited Abalkin or other economists to explain what was happening with the Soviet budget, supply and demand. Lenin’s fixation was on a world revolution. Gorbachev became fixated on democratization. It was for him now even more than a precondition for successful modernization. Gorbachev convinced himself that he had a historic mission to guide the Soviet Union towards its social-democratic renewal.

Gorbachev’s developing political views were powerfully affected by literary and historical revelations of glasnost. The second half of 1988 and early 1989 became a time of great cultural creativity in the Soviet Union: thick literary journals and mass circulation newspapers competed in publishing revisionist essays about history, novels and memoirs by banned authors, diaries and manuscripts buried for decades in secret archives. Writers and journalists rushed to bring out in print everything they had been accumulating over decades of their creative life. The cumulative effect was powerful. Not all publications had the power of Solzhenitsyn’s pamphlet, yet each presented a fragment of Soviet history and culture that had defied and destroyed its literary canon and imaginative life. The dreary Party discourse was replaced by an effervescent intellectual feast of unexpected ideas, a baffling variety of ways of seeing and speaking. “How many ideas and talents in Russia,” enthused Chernyaev in his diary. “What freedom! This alone is a great achievement that will make history forever, even if nothing comes out of perestroika proper.” Chernyaev, sensitive to the most minute motives of his boss, recorded a similar shift of perspective in Gorbachev. He “has been thinking about it and does not rule out failure,” recorded Chernyaev after Pitsunda. “But he is entirely in a passionate surge . . .”

The surge was genuine: Gorbachev had embarked on a mission to give his country and people “universal values” and freedoms they had never experienced before. He would continue to emancipate Soviet people, make them “masters of their factories and their land.” He would take more power from the Party apparatus and give it to “the Soviets,” the national republic, and local people’s councils. The high-minded General Secretary was so fixated on this that he willingly overlooked history lessons apparent to those who had read widely on world and Russian history. Apparently, Gorbachev had never read about the Great Reforms in Russia during the period between 1861 and 1881. Tsar Alexander II had granted freedoms to peasants, and civil rights to broad groups of Russians and non-Russians. This had put Russia on the track of rapid modernization, but it also radicalized the educated youth and produced large numbers of radical intelligentsia; the non-Russian periphery of the empire (Poland) rebelled and a group of revolutionaries declared war on the Tsar and assassinated him in broad daylight in 1881. The British historian Dominic Lieven, a descendant of the aristocratic clan that had served the Russian monarchy, wrote in 1994 that “knowledge of Alexander II’s goals, strategy and dilemmas allowed one to predict very accurately many of the problems Gorbachev was bound to face.”

Gorbachev’s attitude to reforms and power presented a major paradox.

Other great writers would have been instructive for Gorbachev, had he read them. Alexis de Tocqueville, the French conservative thinker, wrote about the fall of the French ancien régime in 1789 as follows: “Only a great genius can save a prince who undertakes to alleviate the lot of his subjects after a lengthy period of oppression. Evils which are patiently endured when they seem inevitable become intolerable once the idea of escape from them is suggested.” This was a powerful warning about the perils of a sudden release of mass emotion after decades of communist dictatorship. The developments of 1988 and early 1989, especially nationalist mobilization and economic discontent both in Eastern Europe and within the Soviet Union, provided early demonstrations of this phenomenon. Gorbachev could not ignore those signs of the gathering storm. And yet, he rushed headlong into the storm with remarkable confidence. In the spring of 1989, a revolution conceived by Gorbachev and his narrow circle of lieutenants took on a life all of its own. The ship had sailed; the time for “theorizing” had passed. In March 1989, Gorbachev’s 400-page book, Perestroika: Tested by Life, was prepared for print. It was never published. Events soon overtook everything the Soviet leader had written or even imagined.

Gorbachev expected that the foreign policy of détente would end the danger of nuclear war and procure a more benign environment for his perestroika. He aimed to bring an end to the Cold War and open the Soviet Union to the West, to facilitate modernization and domestic reforms. Yet as 1989 began, he achieved none of those goals. Instead, his reforms began to undermine economic stability and triggered separatism. Gorbachev’s attitude to reforms and power presented a major paradox. From Andropov, he had inherited awesome power, which allowed him to make radical changes. Continuing perestroika for him, however, meant devolving power “to the people.” His reforms had passed economic levers from the central regulators to local enterprises. He then decided to pass political levers from the Politburo to the Congress of People’s Deputies; from local Party organizations to local Soviets. In less than two years this course of action would destabilize the Soviet state, ruin its finances, and make the father of perestroika a “sorcerer’s apprentice,” unable to control the destructive forces he had unleashed. 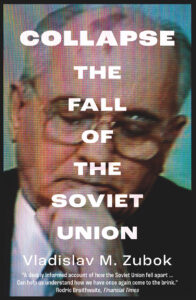 Excerpted from Collapse: The Fall of the Soviet Union by Vladislav Zubok, published by Yale University Press.

Vladislav M. Zubok is professor of international history at the London School of Economics and Political Science. He is the author of A Failed Empire, Zhivago’s Children, and The Idea of Russia.

Who Gets to Define History? On Indigenous Displacement in Northern California 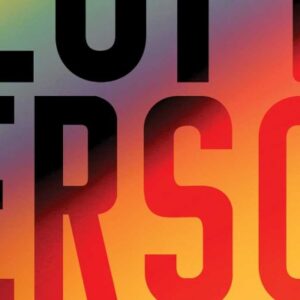 People Person by Candice Carty-Williams, Read by Danielle Vitalis Every Monday through Friday, AudioFile’s editors recommend the best in audiobook listening. We keep our daily episodes...
© LitHub
Back to top
Loading Comments...