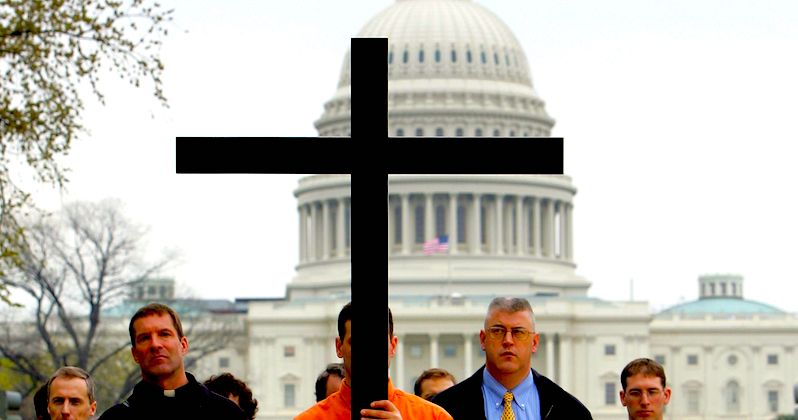 How Far Has America’s Christianized Dystopia Strayed From Christ?

Lori Lansens on the Hypocrisies of Religious Nationalism

I typed the first words of my latest novel, This Little Light, in the summer of 2015, a few days after Donald Trump announced his presidential bid. I wrote the words in reaction to his announcement, alarmed by the threat he represented and appalled by the Christian Right’s enthusiastic endorsement. While some scoffed at the notion that Trump could win the Republican nomination, I was already percolating with dread. Writing was, in some part, an attempt to harness and control my fear, and undeniably a form of protest.

I imagined a fictional America a few years into the future, having been led by a man who was proudly anti-immigration, racist, misogynist, anti-LGBTQ, and loudly supported and #blessed by powerful, wealthy Christians. I envisioned a world where immigrants are routinely detained, abortion is illegal, purity balls are common, and one teen girl with brave opinions and too many questions finds herself the target of Christian Crusaders. A trigger event—a bombing at a Christian school—fuels the story. I knew how it ended before I sat down to write.

Raised in the Catholic faith in a small farming town in Southwestern Canada, I had a front row seat to the betrayal of our community by a religious leader. Our “beloved” Parish priest molested dozens of little girls over decades as our spiritual guide. We called him “Father Feeler.” It’s through my own youthful experience with religious hypocrisy that I found the voice of the narrator—Rory Miller—fierce, confused and angsty, but still hopeful.

As we stood at the Los Angeles Convention Center for the ceremony, we wondered about the people around us and their difficult journeys to this place.

Early in my teens, I left my religion, but it never left me. I’m still moved by the Beatitudes and remember Christ’s teachings as ones of fellowship, love and inclusion. In each of my novels my characters search for God or wrestle with God and I count many Christians among my friends. In This Little Light I set out to confront the faux-Christians. They know who they are.

I’m an immigrant to the US, having been born and raised in Ontario, Canada. In the winter of 2015, my husband and I stood amid a sea of thousands, predominantly people of color, all of us choked with emotion as we were welcomed “home” to our adopted land. We’d lived in California as permanent residents for nearly ten years and raised our family here, but we had some concern that if Trump became president, immigration policy might change.

As we stood at the Los Angeles Convention Center for the ceremony, we wondered about the people around us and their difficult journeys to this place. We felt grateful and privileged to be sworn in that day, and I returned to Rory’s story, writing, for the first time, as an American. Armed with my citizenship and the confidence to question, object, and resist, I began to fill the pages of my novel.

I remember turning around the words dystopian, speculative and allegory when I started the book. They all felt accurate. My aim wasn’t to predict the future, but rather to construct a future corrupted by religion and its unscrupulous leaders, and to express the devastating impact on society and in particular on women. As months passed and Donald Trump’s rhetoric ramped up, the Christians stood firm in their support and defense, but the odds still seemed slim that he would win the Republican nomination.

Protestors are tear-gassed and shot with rubber bullets so that the phoniest Christian of all can take a photo holding a bible in front of a church.

In those early days, I had two teenagers at home who seemed to keep me busier than they did as toddlers, and more often than not their friends were over, often for days at a time. I didn’t really mind the intrusion. I’m fascinated by teenagers, curious about their views, intrigued by their verbiage, inspired by their passion. I’m protective of them too, and bristle at the eye-rollers who despise or dismiss them for the way they speak or the opinions they hold. Having teenagers constantly around directed me to the narrative approach even before I wrote the first sentence.

Social media—Twitter, Snapchat, Instagram—had already begun to affect the way people tell stories and the speed at which we share them. Real-time sharing has been common for more than a decade and a way of life for young people. I wanted to reflect that directly in the storytelling—as Rory, a blogger, tells her tale of being hunted in real-time, while also reflecting on throwbacks and memories that shaped her life.

Rory’s language speaks to the general dialectical shifts influenced by social media; short forms, informal speech, acronyms, concocted words, casual cursing, omitted words. I enjoyed the challenge of imagining how current trends in language would be even more common and prolly spent as much time on the words I omitted as the ones I chose.

When in 2016 Donald Trump was elected, I was going through a personal challenge, made harder by the blow to the nation’s integrity. I recall at one point, shortly after he took office, wondering how to continue with a story that was supposed to be a flight of imagination but was never supposed to happen in real life. Repealing abortion laws? Detaining immigrant families at the border? Political discourse reduced to bizarro tweets from the Oval Office?

There were days that reality collided with my story. Days I wondered if I’d gone far enough imagining the worst. I remember second guessing myself about the bloodlust and recklessness of the vigilantes and Crusaders. Would a person really attempt to shoot another person because they were running? Gather in packs to hunt dissenters? I decided yes, even if I didn’t want it to be true.

In the past four years we’ve all endured one shocking event after another until the most shocking thing of all. The fake Christians continue to support Trump. Terrible events have triggered important protests. But then protestors are tear-gassed and shot with rubber bullets so that the phoniest Christian of all can take a photo holding a bible in front of a church. My dystopian, speculative, allegorical story begins with Rory Miller’s words; “We’re trending.” It could also have begun with; “God help us all.” 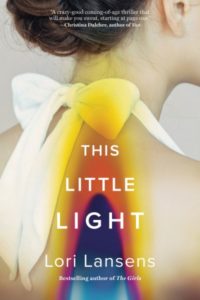 Lori Lansens is a successful screenwriter and novelist whose books have been sold in more than 13 countries. She is the author of four previous novels, including the New York Times bestseller The Girls. Born and raised in Chatham, Ontario, she now lives in Santa Monica, California. 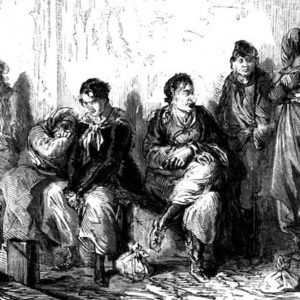 The women were ugly, to be sure, but not quite ugly enough, or not as ugly as one might have expected, a somewhat regretful...
© LitHub
Back to top
Loading Comments...