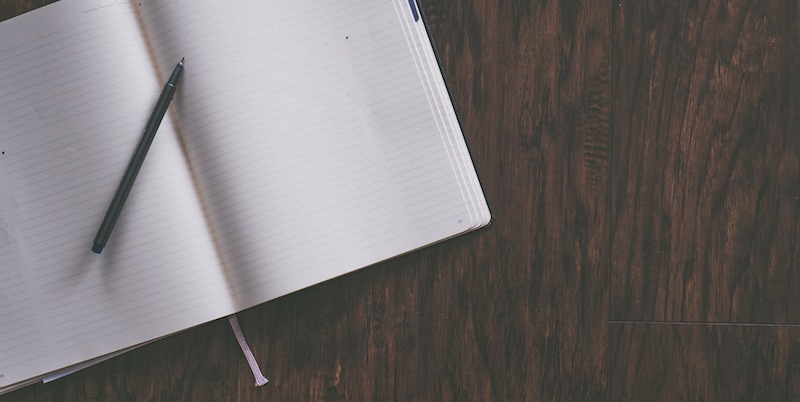 How Do Writers Without Access to Books Develop a Craft?

Sulaiman Addonia on the Lessons of Displacement

There were no libraries or bookstores in the camp where I lived from the age of two to ten. Interesting, thought-provoking literature was almost always banned in Saudi Arabia where I lived as a teen, forcing me and my brother to take risks to find rare smuggled books. When I and my brother came to London as unaccompanied underage immigrants, the UK government gave me £17 a week to live on, with which I couldn’t even buy proper food, let alone books.

Now that I am a published writer, it is against this backdrop, of limited exposure to books in my adolescence, that I find the advice of established authors given to aspiring writers to “read, read and read books” lacking in nuance, unimaginative, and ignorant of the realities of those from backgrounds of scarcity, displacement, and war, like myself.

Such views reflect the thinking of the dominant class in the culture sector and the production of ideas around the art of writing.

I strongly believe we need to revolutionize these ideas if we are to encourage people from various backgrounds to become writers and artists, including people who didn’t have the fortune and circumstances to easily access books. Taking into account the realities of aspiring writers from disadvantaged communities when discussing the art of the craft is as important as making publishing more diverse and inclusive. This is even more pressing when you consider that we are living in a world of wars, lockdowns, and unequal access to technology.

Displacement is a daily reality for many. The United Nations reported close to 80 million people forcibly displaced by the end of 2019 due to war, conflict, persecution, human rights violations, and other events—the highest number on record. With displacement comes the loss of belonging and scantiness of material, including books.

There are methods other than reading by which people can strengthen their writing and sharpen their tools.

The challenge to access books for people from disadvantaged communities is also more prevalent in the Western world than many literary figures seem to think. The United Kingdom, to which I first arrived in 1990 as a fifteen years old and of which I am now a citizen, has closed almost 800 libraries since 2010. This amounts to the closure of almost a fifth of the UK’s libraries over the last 10 years. This year, as lockdowns are ongoing due to the battles against the coronavirus, libraries are facing further cuts in spending by about 14 percent. An Ofcom report in 2020 estimated between 1 million and 1.8 million children in the UK do not have access to a laptop, desktop, or tablet at home, making reading online impossible.

As a young refugee in London, while relying on government support in lieu of a family, public libraries were the only place where I encountered books. I fondly remember borrowing novels that made me feel like I was close to real people as I came to know the characters.

Fortunately, though, those of us who have come from the peripheries of society and still managed to be published can attest that there are methods other than reading by which people can strengthen their writing and sharpen their tools. These methods require people to open their imagination in order to see that everything around them—buildings, nature, and people—has a story, and what matters is the patience to learn to read them.

It was in our refugee camp where I first found the means to build my imagination and the power of storytelling. The most important influence on my writing then was my mother, who can’t read or write. For years, and whenever I mentioned my mother as a literary influence in the same sentence as Tayeb Salih, Zora Neale Hurston, Clarice Lispector, Fyodor Dostoevsky, Virginia Woolf, I noticed a raised eyebrow or two. But it is the truth.

My mother left the camp to work as a servant in Jeddah, Saudi Arabia, when I was around three years old. Because she couldn’t write, and instead of asking male letter-writers in Jeddah as was customary at the time, she decided to record her letters on cassette tapes for her children. The tapes would arrive with migrant workers who had travelled from Jeddah to Khartoum and would then pass through many hands before arriving in our remote camps.

Those that grow up deprived of literature, in the absence of books due to wars, exile, and poverty, should not lose heart.

In her tapes, sent along with a tape player, my mother described, in detail, her life in the palace where she was a servant. I remember her voice—the haunting silences, the softness of the delivery of each word, the emotions condensed in the songs she would improvise for us. She would reconstruct my relationship with her through retelling memories of us that brought laughter at the same time as sadness to her throat. Her stories echoed in the hut I shared with my grandmother and siblings long after we turned the tape player off.

Her tapes made me feel her absence anew, but such was the power of her storytelling that she could transport me to her world in an instant. Her descriptive style allowed me to visualize where she lived and feel closer to her. Her stories enhanced my capacity to imagine. Her anecdotes seeped into my veins, empowering me with empathy. Her words expanded my vocabulary. Many decades later, I would employ her descriptive technique in my novels. I have learned from her in the same way I have from other great novelists.

Owning our stories also means owning our sources of influence. The Nobel Prize winner Gabriel García Márquez alluded to this when he paid tribute to his grandmother as the source of inspiration to his storytelling style: “She told things that sounded supernatural and fantastic, but she told them with complete naturalness … I discovered that what I had to do was believe in them myself and write them with the same expression with which my grandmother told them: with a brick face.”

Aspiring writers should, by all means, read books, but those that grow up deprived of literature, in the absence of books due to wars, exile, and poverty, should not lose heart. They can find other ways to garner ideas and build their storytelling techniques.

They could learn to read—with the same curiosity and intensity given to books— images and photographs, rivers, music, seas, and trees, read the history in facades of buildings and the flower arrangements in cemeteries. They could read the shape, texture, and songs present in paintings. They could watch silent films so that they can read the cinematography, lighting, costumes and poses as if their eyes were a camera, which could improve imagery in their prose. They could sit in a street, the most accessible, diverse and open library, and read people from all walks of life, the usual characters populating many novels, but also others whose stories are often omitted from publication due to the biases and prejudices present in the publishing world. The street is a library, people are books.

Sulaiman Addonia is an Eritrean-Ethiopian-British novelist. His first novel, The Consequences of Love, shortlisted for the Commonwealth Writers' Prize, was translated into more than 20 languages. Silence is My Mother Tongue, his second novel, has been longlisted for the 2019 Orwell Prize for Political Fiction. He currently lives in Brussels where he has launched a creative writing academy for refugees and asylum seekers, and the Asmara-Addis Literary Festival (In Exile). 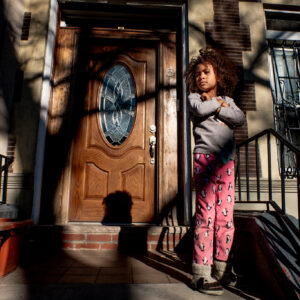 The Longest Year: 2020+ is a collection of visual and written essays on 2020, a pivotal year that shifted our way of experiencing...
© LitHub
Back to top