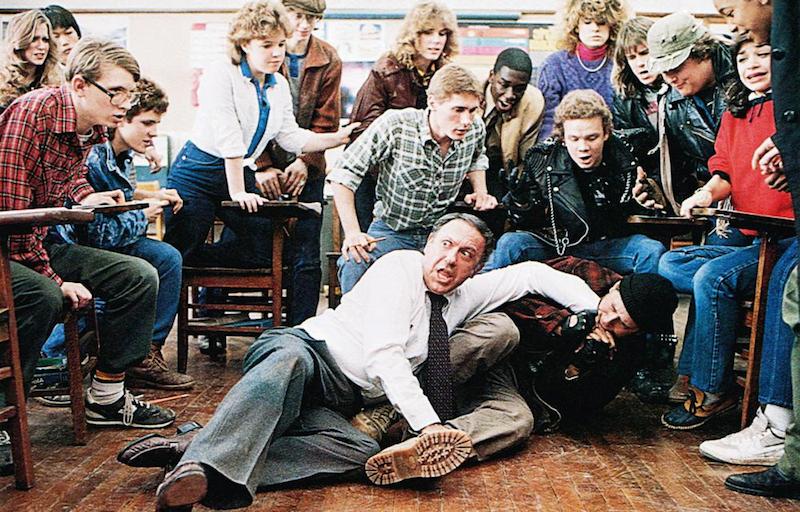 How Do We Fix the MFA?

Toward a Better Creative Writing Degree

With so many voices in the discussion about what is wrong with MFAs in creative writing, it’s worth looking back at one piece of criticism that asks a vital question, namely: how can the MFA be improved? Elif Batuman’s September 2010 piece “Get a Real Degree,” in the London Review of Books, Batuman notes that the Master of Fine Arts program in Creative Writing “stands for everything that’s wonderful about America: the belief that every individual life can be independent from historical givens, that all forms and conditions can be reinvented from scratch.” Batuman’s implied critique is that the MFA is, at best, ahistorical. Using a model first established in the Iowa Writers Workshop during the mid-1930s, the MFA is also trapped in time. Most MFA programs have not given much thought to how the MFA might be reinvented to better serve literature and writers. Such an assessment is long overdue.

The current MFA studio model grafts an MFA program onto an existing English department without a studied consideration of what the degree could be. This is not surprising, since the MFA did not emerge naturally out of an English department curriculum. Students enrolled in workshop are expected to finish their Masters by completing a smattering of English courses. Workshop is central to the degree even if it only occupies a small portion of the allotted classroom time. Since graduates of MFA programs often go on to teach in other MFA programs, the proliferation of programs naturally breeds graduates who, with sufficient publishing credits to do so, may teach regardless of their pedagogical training. The degree holders seldom have a substantive baseline of experience and knowledge that they can impart to future creative writing students.

With outcomes so uneven, it is no wonder that MFAs are the bastard children of English departments, often bringing the ridicule and even the sly contempt of the rest of the English department faculty. Without an academic foundation, the MFA is nothing more than a cult of personality—or, rather, personalities—housed in an institution.

What does the degree actually do for the students who pursue it? Is it simply a degree that offers writers time and space to work? If so, students often enter into a program with no expectation that they will learn about the history of their art, their place in it, or how they might cultivate professional prospects. If the degree exists only to offer a place to write, we are setting the bar too low. Further, it begs the question of why so many flock to the MFA when they could, like writers before them, summon up the discipline to fasten the seat of their pants to the seats of their chairs.

In recent years, PhDs in Creative Writing have emerged as an opportunity for creative writers to gain some purchase in the academic world. With the emergence of these programs, the MFA is no longer a terminal degree. Rather than extending the time that poets spend in university, much would be gained by retooling the MFA so it better educates its journeyman poets. The job prospects for a graduate with a PhD in Creative Writing are marginally better than they are for an MFA holder because of the greater level of professionalization involved; however, in both cases, job prospects remain rather dismal.

If the MFA is misunderstood, where does it come up short and why? At the conclusion of her review, Batuman asks, “Why can’t the programme be better than it is? Why can’t it teach writers about history and the world, not just about adverbs and themselves? Why can’t it at least try?”

A new model is needed that will offer young writers a more comprehensive education in literature and in the history of poetry, in prosody, in the interaction of poetry with other art forms and the role of poet as artist, critic, publisher, and translator. Let us make the workshop an aspect of such a degree rather than its centerpiece.

As a graduate of the respected creative writing program at of the University of Michigan, Ann Arbor, the greatest gift of the program was the time that it afforded me to write, followed by the opportunity to work with poets whom I admired as writers and teachers—and for all of this, I am grateful. Even so, I expected more intellectual and artistic challenges than I was offered. I hoped for broader academic engagement and more opportunities to learn about how to move beyond the degree. Ironically, the workshop, which is central to the program, was the least effective component of my MFA experience as a whole. Workshop was seldom about the work, but rather about the personalities of the poets at the table. This is not an anomaly. Despite the best intentions of the faculty and administration, most MFA programs are not focused on educating the poets as not just writers of verse but as scholars of it. During the best moments in workshop, there was the kind of engaged critique that should be the norm for graduate-level study: rigorous, thoughtful and, most of all, informed.

In the studio-model workshop, students are rarely requested to read and comment on the work of published poets, nor are they encouraged to review the history of poetry, the variety of ways in which poetry is manifest and responds to other art forms, nor to consider how they will eventually teach other poets should they have the opportunity. Instead, most unsuccessful workshops exist somewhere on the continuum between a gladiatorial match and the hyper-benign. In general, a poet presents a work-in-progress which is often treated as if it is a final draft and is critiqued until it is drained of all vitality. Such an approach has little to do with fostering creativity and opening up a dialogue.

Most unsuccessful workshops exist somewhere on the continuum between a gladiatorial match and the hyper-benign.

At the other end of the spectrum, a poem is sent around the table’s circuit, each line is celebrated and everyone feels cozy. Since rigor and critique are viewed as dangerous rather than a reflection of real engagement, the presenting poet learns nothing. In both cases, the student is left at a loss as to how to hone her craft.

Some programs, such as The Writing Seminars at Johns Hopkins, integrate genres, exposing its students to a wider range of writing experiences by the time they leave the program. One of the earliest low-residency models was The MFA Program for Writers at Warren Wilson College (the first was at Goddard College). It remains well regarded and is structured so that students work closely with mentors, visiting campus only twice per year during a two-year program.

This course of study appeals to a more diverse pool of students than traditional programs because they do not ask writers to step out of their lives for two years to enroll full-time. It is worth noting that many celebrated low-residency programs minimize or forgo the workshop altogether.

Rather than the studio model or the mentor-student model, I propose a third alternative that might provide an intellectual grounding in the genre while fostering the creativity and intellectual ambition of those poets fortunate enough to gain acceptance.

Students would follow a four-semester sequence in the history of poetry, from the Sumerians to the present, grounding them in the form in a manner that is lacking in conventional MFA programs. Students would also be required to study prosody for at least two semesters. The first would familiarize students with the wealth of poetic forms available. During the second semester students would generate work informed by the poetry covered in the first semester.

One-semester classes could explore interdisciplinary connections and foster creative thinking about poetry. In connection with the study of prosody, a course on sound and poetry might investigate the relationship of sound and sense, offering students the opportunity to connect aural effects to the essence of the poem. Such a course could be particularly beneficial to the current generation of poets, who have grown up without the musicality of poetic language being considered essential. The course would not simply engage with rhyme and meter but it would explore pure sound poetry, a gesture sure to please L=A=N=G=U=A=G=E poets and latent musicians.

A translation course would ask students to consider how works are translated from other languages, the challenges of translation across languages, and how translators work with poets to shape poems written in a language other than English. This course could be coordinated with foreign language departments, thereby giving students the opportunity to more directly engage in the work in the original language. For students without a second language, this could provide an opportunity for second language acquisition and for opportunities to collaborate with native speakers.

A course in visual poetry could be offered, with particular consideration of the interaction between how poems are presented visually and how poems can be realized in video, sculpture, online, and through other visual media. This would not only consider ekphrastic poetry, but would also examine how the creation of visual art could be used as a compositional tool for the writing of poetry.

In contrast to the purely aesthetic, a student could learn about poetry and publishing; another class might consider the poet as publisher and critic, and examine how poetic criticism emerges, leading poetry critics past and present, the seminal works of criticism that have shaped poetry, as well as how contemporary poetry is being published and received. Such a course could involve the publication of a literary magazine or letterpress broadsides of poems.

This program should involve discussion and pedagogical training that provides a rich, broad experience for those pursuing the degree. A new type of workshop is required, a generative one, akin to those run in Bard College’s Institute for Writing and Thinking. In this model, students compose and share their work together, then work on their pieces outside of the classroom, rather than bringing in work primarily for critique. As any veteran of a traditional workshop knows, writers quickly find the people in workshop who understand and can effectively critique their work. Those relationships often flourish outside of class, making much of workshop a process of ignoring bad advice as much as soliciting constructive criticism. A generative workshop would foster the sense of community where poets engage with each other respectfully and collaboratively, encourage new work, and foster independence.

The MFA that I am proposing would rely less on bringing in poets whose names sell the program and would instead ground students in the history of poetry exposing them to many of its current and possible manifestations. Students would emerge as thoughtful, informed citizens of poetry, eager to write and shape the world. Such a program would bring with it the prestige of creating a degree that matters to the future of poetry. It would provide a ready answer to Bautman’s question, “Why can’t the programme be better than it is?” It can.

[Correction: an earlier version of this article suggested Warren Wilson College had the first low-residency MFA program in the United States; that distinction goes to Goddard College.]

KC Trommer is the author of the debut poetry collection We Call Them Beautiful, which is forthcoming from Diode Editions in 2019. She is the curator of the audio project QUEENSBOUND and the Assistant Director of Communications at NYU Gallatin. She lives in Jackson Heights, Queens with her son.
http://www.kctrommer.com 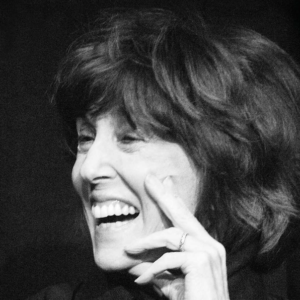 “Marlon Brando’s gay, everybody knows that.” Nora said that one night in my house in Washington. I can’t remember...
© LitHub
Back to top