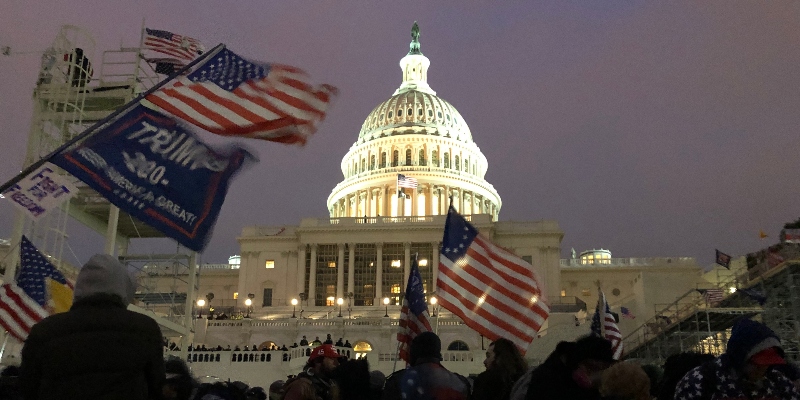 How Do We Fix America?

The Economist’s 2020 award for most-improved country went to Malawi, with New Zealand, Taiwan, and Bolivia as runners-up. The United States of America, not surprisingly, didn’t rank—although the country was credited last year with developing a COVID vaccine in record time as well as voting out Donald Trump.

So can America become the world’s most-improved country in 2021? How might it reinvent itself to become this year’s Malawi?

Andrew Keen: Let’s spend a couple of minutes to end this talking about what we want to see happen in 2021 and onwards. Tom, I’m quoting you here in your book, The National Highway: “More than a flag, a tribe and ethnicity, a legal agreement, a cluster of art or production of culture, America is a civilization of whereness. Our shared geography between the oceans is the lowest common denominator within this clashing territory of strangers.” Tom, is the solution then to reestablish geography? Is that where we should begin?

Tom Zoellner: I can tell you, Andrew, that this last four years has been incredibly disillusioning for me. I grew up with certain notions of America as a kind and decent place, and those foundations of my beliefs have been shaken like they never have been shaken before. But I come down to the fact that not only was the country founded on an idea—an imperfect idea, imperfectly executed, but still a good idea—but also, as much as the romanticists among us might try to deny it, the ground, the soil, the land. We are roommates with those who are extremely different from us. And I think as Americans, we’ve had an enormously difficult time with this idea. Perhaps it’s the roominess of the place that’s given us both the blessing and a curse.

Tom Zoellner: Part of me wants to think of various wonky approaches, such as redevelopment zones. This was taken in a very bad direction in the 1960s. Creative ways of thinking, of reappropriating, these places. Kerri will tell you about the enormously creative work that Somali Americans have done in Maine, a re-embrace of the vigor and the imagination of the immigrant. And I think that Dale probably saw this in Denison, Iowa. I certainly saw it in Postville, Iowa, when I spent time there. So perhaps we should look outside our borders.

Andrew Keen: Kerri, do you want to say something about that?

Kerri Arsenault: I think part of what the solution is we need to think about what success actually is. What counts as a contribution to the common good? It’s interesting in this pandemic, suddenly we have this term essential workers, and it’s helping us sort out. And who are they? They’re not Wall Street guys. It’s teachers and doctors and people that work at the grocery store and garbage men. And that goes to the manufacturing sector, too. Democrats have long devalued that kind of thing. They valued higher education as a place you want to be, and in that promise is a faulty thing—it says that if you don’t go to college, you’re a failure. I think that America needs to refocus and understand what value and what success means and what is essential to America as far as work and economy, which drives identity in all these places in America.

Andrew Keen: Dale, I know you’re nodding at this. Of everyone, you seem to be perhaps the most explicitly political—I know everyone’s political—in your argument in favor of a Green New Deal and of a more radical Democratic agenda. Is politics a fix? Can we do it through politics?

Dale Maharidge: Well, we’ve firehosed money on Wall Street. You look at a place like Youngstown where fifty thousand high-paid steel jobs were lost. Basically, we forgot about those people. We need an America where there’s a level playing field, where somebody in Youngstown has just as much opportunity to advance as somebody in Manhattan or in California. If some of that money were put in the middle of the country and not to Wall Street—if that’s political, so be it. I don’t think it’s a Democrat or Republican issue; I think it’s a human issue.

Andrew Keen: Carl, of everyone on this show, you’re perhaps the most of an outsider since you spent most of your working life describing places outside America. Is there any way you’ve experienced or seen outside America that could be a model for our reinvention of this country?

Carl Hoffman: I’m thinking off the top my head here, but when you’re traveling around, like if you’re in Southeast Asia, the vast sums of money and the affluence and development that’s going on there is mind-boggling. And the levels of education and the way people push their children to study—so much of that is lost in America. There are tens of millions of people in America who are inheritors of this blue collar, industrial mythos who have been left high and dry. We’ve got to figure out a way to engage those people—I’m not sure what that is—and to create jobs that are good jobs that aren’t just in the service industry, jobs that produce a sense of identity and nobility.

Kerri Arsenault is the Book Review Editor at Orion magazine, and Contributing Editor at Lit Hub. Arsenault received her MFA in Creative Writing from The New School and studied in Malmö University’s Communication for Development master’s program. Her writing has appeared in Freeman’s, Lit Hub, Oprah.com, and The Minneapolis Star Tribune, among other publications. She lives in New England. Mill Town is her first book.

Carl Hoffman is the author of the New York Times bestseller Savage Harvest, hailed as a “masterpiece” by Outside and named a New York Times editors’ choice and one of the Washington Post‘s 50 notable works of nonfiction for 2014, as well as The Lunatic Express. He is a former contributing editor to National Geographic Traveler and Wired, and has traveled on assignment to eighty countries.

For two decades, Dale Maharidge has been one of America’s leading chroniclers of poverty. Alongside photographer Michael Williamson, his book And Their Children After Them won the Pulitzer Prize for General Non-Fiction in 1990, revisiting the places and people of depression-era America, depicted in Walker Evans’s and James Agee’s Let Us Now Praise Famous Men. Also with Williamson, Maharidge wrote Journey to Nowhere: The Saga of the New Underclass, which Bruce Springsteen has credited as an influence for songs such as “Youngstown” and “The New Timer.”

Tom Zoellner is the author and co-author of eight previous nonfiction books, the politics editor of The Los Angeles Review of Books, an associate professor of English at Chapman University and a visiting professor of English at Dartmouth College. His writing has appeared in The Atlantic, Harper’s, Men’s Health, the Los Angeles Times, the New York Times, the Wall Street Journal, and many other places. He is the recipient of fellowships and residencies from The Lannan Foundation, the Corporation of Yaddo, and the Mid-Atlantic Arts Foundation. 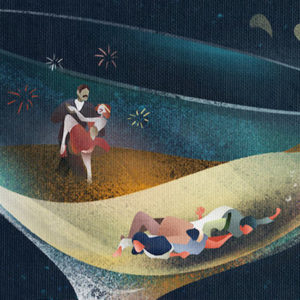 I had read The Great Gatsby a couple of times during my twenties. The first time I read it, I was in college and my reaction...
© LitHub
Back to top