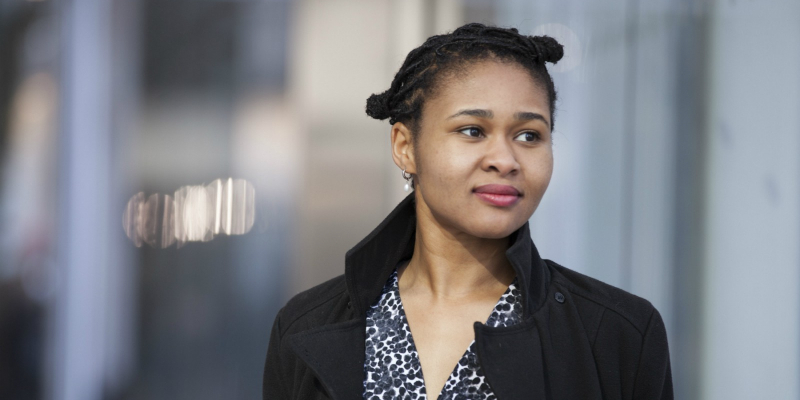 In this episode, Mitzi talks to Chinelo Okparanta about her new novel, Harry Sylvester Bird.

Mitzi Rapkin: One of the ways in which the satire goes all the way is the groups that Harry Sylvester Bird, your white main character, joins and the desires he has. For instance, we see he’s going to group meetings called the Transracial Anon, basically trying to confront his whiteness. Can you talk a little bit about this group?

Chinelo Okparanta: One of the things I love about this group is this idea of holding up a mirror to themselves—the idea that we must look ourselves in the mirror to be able to do better than we are. And the irony is that they do that, but the whole philosophy behind their group is just so flawed that it becomes almost comical, but also more tragic than comical, because you can see that they are actually trying to do better, but they are just going about it in all the wrong ways. The glimmer of hope by the end is that even Harry leaves the group. He’s fed up. He’s like, this has to be a hoax. And he leaves, he’s going to find a different sort of solution, who knows what it’ll be. So that’s the thing about the novel—it is sort of pointing out all the ways in which we might have good intentions, but all the ways in which we might go about it in the wrong way.

That being said, there are examples of people who do what this group is attempting to do. I was specifically focused on the Black African experience in this novel, in the sense of this sort of co-opting of even the black body. Part of my influences or quote-unquote inspiration for the characters are real-life people. We’ve all heard of the Rachel Dolezal story, which is more complex than Harry’s story, and I don’t even really want to compare Harry to that, because from my understanding, which is also incomplete, there might be some almost criminal activity that happened with the Rachel Dolezal situation that I don’t want to bring to Harry’s situation. But I do want to point out that there is a similarity in terms of this unstable past, this unstable childhood, and how it affects the person that child becomes. Because from my understanding of it, Rachel did not have a very stable, loving background; there was a lot of conflict in that family. But I guess some might say, what family doesn’t have conflict?

But there’s also the examples of people like Martina Big, who is a German, blonde, white woman who decided that she wanted to be a Kenyan. She’s now a Black Kenyan woman. She has a Kenyan name, and she was actually welcomed by some members of Kenyan society. So, there are quite a number of these. I could name more of these real-life people who in some ways actually identify with the African, they want to be an African, they believe that they were actually supposed to be Africans. And they go about becoming African. And so that also speaks to those experiences in a way that I could not actually understand but I can express from the perspective of an actual African, looking in on it.

So, I’m watching these actions, these behaviors, and in some ways, it should be a sort of compliment that they want to be Africans, they see the beauty in it, and that’s what the novel also does. This idea of black is beautiful, and it is wonderful that people are seeing the beauty in blackness, but it’s also a question of what it really means that they want to be African. Where is it coming from that you want to be African—and again, not just African but Black African? What does it really mean? What is that behavior? What is the effect of that?

The novel does not have answers. There are no answers. It’s just a question of how do we as a society have conversations surrounding this in a way that is more productive than total condemnation. And while some people might want to totally condemn Harry, I think there might be more to the conversation than that, given his background, given the fact that we’re all humans and we all mess up. What does it mean for society? And beyond that, what is it? Why do these people feel like they need to do that? Why is this their identity? Where’s that coming from? Because if there’s more than one—and there are—then it means something, I think, and it merits some kind of conversation as well.

Chinelo Okparantawas born and raised in Port Harcourt, Nigeria. Her debut short story collection, Happiness, Like Water, was nominated for the Nigerian Writers Award, long-listed for the Frank O’Connor International Short Story Award, and was a finalist for the New York Public Library Young Lions Fiction Award, as well as the Etisalat Prize for Literature. Her first novel, Under the Udala Trees, was nominated for numerous awards, including the Kirkus Prize and Center for Fiction First Novel Prize, and was a New York Times Book Review Editor’s Choice.  Her new novel is Harry Sylvester Bird. 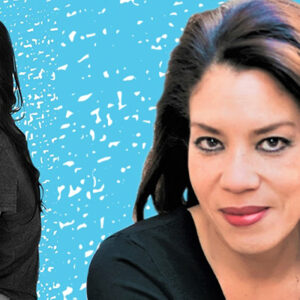