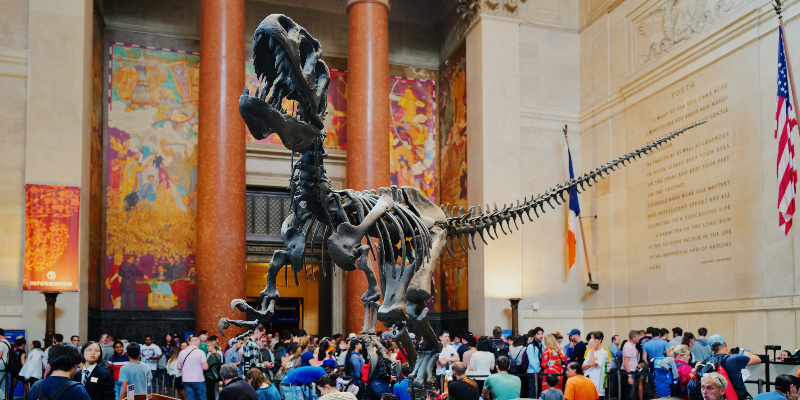 How Capitalism Shaped Our Modern Image of Dinosaurs

Lukas Rieppel, author of Assembling the Dinosaur, talks about dinosaur fossils in the Gilded Age, from the discovery and excavation of fossils in the American West to the re-construction of fabulous creatures in museums that were the darlings of wealthy philanthropists.

Michael Robinson: You mentioned Cuvier, the French comparative anatomist who was also working with extinct, fossilized remains. And I never really thought about this, but you talk about how it was actually quite new for him to take, let’s say, a small number of bones and then confabulate some big organism that’s fully fleshed out, that’s sketched, and then that becomes a kind of template for how later people look at these scattering of objects and then say, okay, let’s actually create a creature out of it. Am I getting that right?

Lukas Rieppel: Absolutely. People are often surprised—I myself was very surprised to learn just how young the science of paleontology is. Of course, there are people who have been interested in fossils and the fossil remains of not just dinosaurs but all sorts of different creatures that one can find all over the world. Not just the Lakota Sioux, but also in ancient and modern China in Africa; in every part of the world, people have been interested in fossils.

But the scientific study, the creation of a branch of natural philosophy that devotes itself to the study of these specimens, and devotes itself to the study of these specimens in a very particular way, this way that you’re describing just now with respect to Cuvier, this kind of synthetic approach where the aim is to reconstruct an entire world—not just the individual bones, nor even just the individual organism that the bones are a part of, this kind of synthesis of the bones into an organism, but indeed an entire world from these organisms, what we might now in anachronistic 21st-century terminology call the ecosystem that these organisms are a part of. That’s really only something that goes back a couple hundred years with the work of people like George Cuvier.

Michael Robinson: One of the other big themes in your book, to refer back to what you were just talking about, this process of thinking of the dinosaurs as more than just a bunch of things you extract out of the ground but that they’re somehow created by the process and the time period. In that, you say one of the big processes is actually the rise of corporate capitalism, and that you can’t understand the dinosaur without understanding how it connects to that world in the 19th century. What are the most important links do you see between those two things?

Lukas Rieppel: Oh, there’s so many. The way the book is organized is—I’ve tried to almost write a biography of the dinosaur in a way, or I prefer to call it a life history of the dinosaurs. The book starts in the field, at the dig site, and in particular the Rocky Mountain West, and then it moves from there. So, the extraction of dinosaurs from the ground, it moves to their transport, to museums, where they were studied and then finally put on display. And then it looks at the way that dinosaurs entered much more widespread circulation in popular culture in the early 20th century.

In each of these three cases, there’s a connection to American capitalism. I’ll just pick the middle one. So if we look at the field in the first instance, I try to draw a close connection to the extractive economy that was shaping up in the American West and the Rocky Mountain West at the end of the 19th century, which is why there’s a transcontinental railroad there, why there’s American settler colonialism there, which is to say why there’s white people who dig up these bones and bring them to the attention of paleontologists.

But the story really becomes more interestingly infused with capitalism once the bones are transported back and brought to the attention of a broader cultural community. These bones were disinterred, were extracted from arid parts of the Great Plains and Rocky Mountain West, and then brought on railroads to large urban museums that were almost all of them sponsored by wealthy philanthropists. So there’s a generation of American capitalists who made their money off this extractive economy and the process of industrialization that it allowed.

And for complicated and interesting reasons that I’m happy to talk more about, they felt the need and desire to reinvest some of that money in the creation of great cultural institutions, temples of art and science and American civilization, and kind of showing off the fruits of American capitalism. It’s in those spaces that dinosaurs from the American West first came to the attention of a much larger, popular, more socially diverse working class audience. And that’s where the modern image of dinosaurs as these lumbering, giant behemoths of the prehistoric was really created.

Lukas Rieppel is the David and Michelle Ebersman Assistant Professor in the Department of History at Brown University. He has held fellowships from the Max Planck Institute for the History of Science in Berlin, the Charles Warren Center for American History at Harvard University, the Science in Human Culture Program at Northwestern University, and the American Academy of Arts and Sciences.

In Conversation with Actress and Audiobook Narrator Yetide Badaki 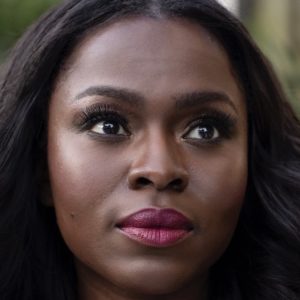 In Conversation with Actress and Audiobook Narrator Yetide Badaki

Nigerian-American writer, producer, and actress Yetide Badaki, well known for acting in the TV series This Is Us and American...
© LitHub
Back to top