How Can Palestinian Writers Resist Consumption by Colonial Narratives?

George Abraham on Imagination and Reinvention

The year 2019 marked, for better and worse, a heightened visibility of Palestine in the american media and collective consciousness. After 71 years of colonization in Palestine and 12 years of blockade on Gaza, we arrive at a cycle that is familiar—essential, even—to america’s imagination: disproportionate israeli brutality in response to Palestinian (namely Gazan) resistance to aforementioned siege, blockade, and occupation; consequential publications of racist op-eds in the american media and ultimately, continued financial endorsement from the american imperial regime.

In this cycle, Palestinians become victim, both terror and object of, theory, argument, even metaphor, before ever being considered human. The american reportings and representations of Palestine that feed this cycle (and, by existing, this piece becomes complicit in this cycle) tend to not only ignore, but actively un-write, an entire people’s history of resistance, claiming support for one side of a tragic two-sided conflict originating from biblical times[1].

Within this “two-sided conflict” framework for thinking of the occupation of Palestinian land, there is an implicit denial of colonialism—a mindset which acknowledges the power dynamic between occupier and occupied, and centers the demands and needs of dispossessed indigenous populations, in spite of the mainstream settler interpretation. This erasure of the anti-colonial mindset exists on several scales in american society; recent examples include the colonial mythos of israel woven through Trump’s recent Deal of the Century, and the subsequent discourse in the american media. Can a pro-Palestinian, anti-colonial framework ever exist prominently within the american imagination? Wouldn’t such a framework question the very foundations of america itself? I’m less interested in addressing israel’s or america’s right to exist, or arguments against the label of a “settler colonial” state; Palestinian, BIPOC, and Jewish scholars have deconstructed these colonial myths time and time again. Instead, I ask: what would contemporary literary and academic discourse look like if the baseline for conversation around Palestine was a settler colonial framework?

A recent example that uses such a baseline to build Palestinian narratives is Rashid Khalidi’s The Hundred Years’ War on Palestine—a work which takes an unique hybrid approach to telling a Palestinian history explicitly and rigorously through the framework of settler colonialism, while also excavating Khalidi’s own personal family history. Several narratives surrounding Yusuf Diya al-Khalidi—mayor of Jerusalem and great-great-uncle of the author—debunk several colonial myths around the founding of the zionist state; for instance, in dissecting early letters between al-Khalidi and Herzel, Khalidi unveils not only an explicit early zionist denial of an Indigenous Palestinian population[2], but the colonial spirit of the zionist project’s foundation[3]. Khalidi, then, goes on to use this settler colonial framework, paired with intimate family narratives, to contextualize five other crucial declarations of war against Palestine and arrive at a re-contextualization of the current state of affairs in Palestine. Imagine: a conversation where this history is our baseline, our entry point, both a ground to stand on and a wind to call us home.

Khalidi’s narratives resist consumption under the american imagination because of their rigorous devotion to an anti-colonial framework. If we[4] are to engage in writing about Palestine, as Palestinian and pro-Palestinian storytellers in the west, considering our stories through the lens of aesthetics for aesthetics’ sake in a vacuum devoid of an anti-colonial mindset has too much potential to harm and disrupt Palestinian liberation and turn into fetishization, normalization, and other forms of consumption in the american imagination. We’ve been here before; existing as the sole Palestinian writer on a panel, in a workshop or academic community, and implicitly being expected to speak on behalf thereof; existing as (perhaps the lone) Palestinians in our school’s vigil after yet another massacre in Gaza, perhaps among non-Palestinian peers, some of whom may be crying on our behalf, others who, despite their intentions, are complicit in this cycle of Palestinian trauma consumption.

It is our job to resist and subvert the imagination that fuels this oppressive system, otherwise we become absorbed into the problem.

As a Palestinian who has spent most of their life in the west, I have been complicit in this cycle of consumption. Once, when Palestinian Twitter was showing their support of Rashida Tlaib’s inauguration in a traditional Palestinian thobe via #TweetYourThobe, I asked my father if I could post an old family picture from pre-1948 Palestine, of my ancestors wearing different forms of embroidery indigenous to Palestine. Despite my celebration-oriented intentions, my father responded saying he cannot give me permission to post pictures of our dead, which, while among a virtual assembly of fellow Palestinians, would ultimately be repurposed for western, american consumption. Here I remember lines from Zaina Alsous: “the authors say the door is always open; the ghosts say the door is not for us.”

I pose these stories less as a critique of us, as pro-Palestinian storytellers, than the systems of imagination that consume us. By choosing to write and represent Palestine, our work now carries the weight of history and cannot be divorced from the politicization imposed by the west on Palestine. It is our job to resist and subvert the imagination that fuels this oppressive system, otherwise we become absorbed into the problem.

Another recent example which resists this system of consumption is Zaina Alsous’ recent poetry collection, A Theory of Birds, winner of the Etel Adnan prize for Arab first books from University of Arkansas Press. In nearly every manner conceivable—contextually, linguistically, formally—this collection resists and subverts colonial consumability. One way this is accomplished is through Alsous’ interrogation and naming of the contradictions of existing within the american landscape, namely the american South, as diasporic Palestinians; through her rigorous and explicit namings (“there was occupation,… clouded October and open fire,… New World Order of sunsets, a sugar plantation”) and invocations of accessible (“Everything I know and love is made possible by violence”) and inaccessible pasts (“The Borgeouise don’t choose Hitler / And our martyrs swing”), Alsous builds upon theories and histories of liberation to give us language for both “confessing the number / of days I have / wanted love more // than history,” and asking “what to call ourselves / after the empires fall.”

And from this rigorous anti-colonial baseline, Alsous builds a project that is necessarily concerned with future-building, in content and linguistic form. This sometimes arrives through the use of poetic forms such as Marwa Helal’s The Arabic (see Birth Right, a poem to be read from right to left, thus embedding the concept of “Right Birth” within “Birth Right”), but more generally is embedded into Alsous’ speakers throughout: “I am trying to understand how theft becomes marvelous // if language can hybridia, anemone, ever be enough / to repair, begin again.”

Much of the Palestinian and pro-Palestinian american poetics of today is supremely disinterested in the constraints of a “two-sided” dialogue.

Another striking instance of this anti-colonial linguistic consciousness is her penultimate poem, “Cento of Women in the Sun,” composed entirely of lines from BIPOC revolutionaries. This piece reminds me of a moment when, in an AWP panel together, Alsous discussed how much of a debt we, as Palestinians, owe to Black americans for helping build our language of liberation and solidarity. It, therefore, becomes imperative that Palestinian americans not only give credit and make room in our language and movement for Black people, but also critically examine the ways we show up and support Black liberation movements, and deconstruct anti-Blackness in our own communities.

In many ways, “Cento of Women in the Sun” encapsulates the spirit of A Theory of Birds: to build among and across movements and peoples. Here, Alsous places herself in lineage—by blood, country, and deconstruction of—with the greatest Palestinian and pro-Palestinian writers today, by gifting our communities language which, while deeply and essentially familiar and perpetually in a state of returning, is itself, a fresh and new beginning.

Contrary to the system that consumes us, much of the Palestinian and pro-Palestinian american poetics of today is supremely disinterested in the constraints  of a “two-sided” dialogue, devoid of a thorough understanding of colonialism. This poetics is interested in something beyond our current thinking on nation-building, beyond and in spite of every western power that failed us. This poetics, necessarily, works through the larger sociopolitical scale (Phil Metres’ Shrapnel Maps, for instance, inhabits the contradictions and ruptures of the existing discourse on violences surrounding Palestinian land) to the interpersonal (Hala Alyan’s The Twenty Ninth Year, for instance, builds language for the contradictions of love and marriage, in the context of Palestinian diaspora in amercia) and everything in between. It is aware not just of the legacies we came from—Darwish, Kanafani, Said—but of the legacies we are building and the imaginations we are working to liberate.

The poetics we are building towards is one where, in a workshop with the Radius of Arab American Writers (RAWI), Marwa Helal can look upon a room of people and—pushing us to rethink the colonial undertones of identities like “MENA” or “SWANA”—define us as “Palestinians and lovers of Palestine;” where, in an Irish bar in Berkeley that proudly hangs our flag, Summer Farah can look into the sky after a failed israeli satellite launch and call the moon our cousin, too; where Fargo Tbakhi can re-imagine the streets of 2148 al-Khalil, where “pavement lies jealous of / the bodies dancing above it.” At the epicenter of such a poetics is, as Noor Hindi tells us, an equally rigorous sense self-interrogation and undying love for our people; or, as Tarik Dobbs poses, “to be born with two names; both the night and the lantern.”

I admit, there is a self, who is not my current self, who could have never imagined any of this: writing among a community that Sees and uplifts the whole of me, the whole of us; writing among a literary and socio-political imagination that could radically reclaim Palestinian representations through the aforementioned works, as well as groundbreaking prose such as Randa Jararr’s Him, Me, Muhammad Ali and Sa’ed Atshan’s Queer Palestine and the Empire of Critique.

What queerer notion of country is there than this, than us?[5]

[1] A mythos accentuated primarily, in the american context, by Christian fundamentalist consumption, and a continued legacy of Church-fueled colonialism.

[2] Paired, namely, with Palestinian acceptance of Jews’ right to the land of Palestine, which should not be confused with support of a settler ethno-supremacist state on that land; there is extensive documentation on Jewish and Christian/Muslim Palestinians living peacefully together before 1948, including several narratives passed down from my own grandparents—it was a western colonial project that troubled this.

[3] Namely, in constructing a notion of pre-1948 Palestinian society, drawing on both narrative and scholarship, and then contrasting this to western representations during the era of colonial Palestine; in this way, control of Palestine’s representation was always a core element of western imperialism, and is by no means a recent development.

[4] Although this “we” refers to Palestinian and pro-Palestinian thinkers, even diasporic Palestinians can perpetuate a western colonial gaze in our interactions with (on-land) Palestinian resistance. How many times have we been the ones crying at our ancestors’ or friends’ or families’ struggles in our homeland, from a vantage point that is, otherwise, removed? Safe, even? Or safer? This isn’t to say that our grief is invalid, but that perhaps, it isn’t entirely our own.

[5] Read me correctly: we are inevitable.

George Abraham is a Palestinian American poet and PhD candidate at Harvard University. They are a Kundiman fellow, and a board member for the Radius of Arab American Writers (RAWI). Their debut poetry collection, Birthright, is forthcoming with Button Poetry in April 2020.

The Roots of Anti-Racist, Anti-Fascist Resistance in the US 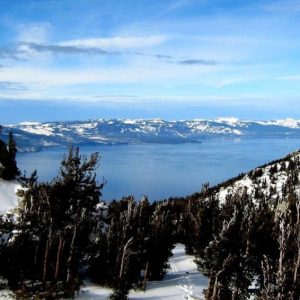 I took a train from Richmond, along the rim of San Pablo Bay, across the Central Valley. Egrets stood in flooded rice fields...
© LitHub
Back to top