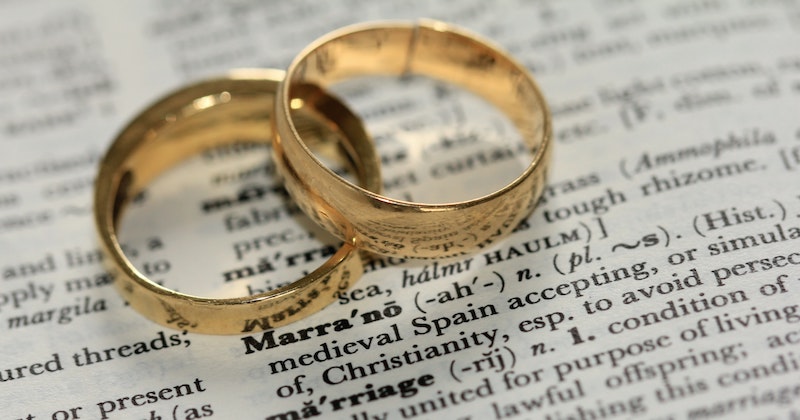 How Booksellers Conspired to Create the Perfect Bookstore Marriage Proposal

From Northshire Bookstore in Manchester, Vermont

Float the idea of a marriage proposal occurring in a bookstore, and booklovers need little prompting to suggest passages from literature to frame the event. This was true at Northshire Bookstore in Manchester, Vermont, the largest bookstore in the world housed in a town of under 3,000 (by my unofficial guess). People trek in from far and wide, amazed at the store’s nooks and crannies, the arc of books near the entrance, the iron staircase leading to the children’s section—and, of course, the 10,000 square feet of books. Two of those visitors the first week in October—the height of fall foliage—were Steve Tarca and Kelly Cochran. From Steve I knew that a marriage proposal was imminent.

Working at the bookstore, I heard books’ competing and complementary voices speaking to me.  Yes, these voices may have been the product of boredom, whimsy or a strangeness that therapy might cure. Still, I challenged booksellers to consider how books we loved connected to a marriage proposal. As momentarily bored, whimsical or strange as myself, they responded.

In which section of the bookstore should the proposal take place? Suggestions abound. Horror? Too anti-romantic. Romance? Too romantic. Exploration? Mystery? Fair choices. Bookstore events coordinator Dafydd Wood decided upon (not surprisingly) Events—a display centrally located next to the ornate iron staircase amid the literary fiction section. The staircase leads up to the section for children. (Foreshadowing?)

Next: to debate the appropriate literary references for a proposal. “Love is or it ain’t. Thin love ain’t love at all,” from Toni Morrison’s Beloved? Bookseller Maya Gingery nominated Ernest Hemingway: “We would be together and have our books and at night be warm in bed together with the windows open and the stars bright.” And finally, Paulo Coelho: “It’s the possibility of having a dream come true that makes life interesting.”

For some of us, Shakespeare leaped to mind. Dafydd suggested, “[F]or I will be horribly in love with her,” from Much Ado About Nothing.

From the same play I thought of, “I do love nothing in the world so well as you—is not that strange?”

Taking another path, Dafydd suggested, “[T]he world must be peopled,” a quote from the sympathetic but fishy Caliban in The Tempest. An unexpected romantic voice, but bookstore people can be an unpredictable bunch.

Emily Brontë: “Whatever our souls are made of, his and mine are the same.”

Jeanette Sessions, whose work in the windowless basement of the bookstore may have altered her worldview, offered, “It’s a trap!” by Admiral Akbar. She tried to redeem herself: “Anyone can be passionate, but it takes real lovers to be silly.”

Enough of the rabbit hole of possible references for a bucolic wedding proposal. On that day in October, when russet, gold and orange leaves floated to the ground in the hills of Vermont, what actually happened?

Kelly and Steve’s romance, like a well-plotted novel, blends destiny and serendipity. Both worked at Disney World in Florida several years ago, but they didn’t meet then. Both attended the same wedding in Florida a couple years later, but they didn’t meet then. In 2019, Kelly took a trip from Florida to New York, and mutual friends arranged for her to be part of a tour led by Steve, who was working at the Empire State Building. The two hit it off, and he joined some of Kelly’s other activities during her visit. In 2020 they moved in together in New York City just as the COVID lockdown took effect. A couple of years later, Steve was confident the relationship was strong (especially after having withstood such an unromantic turn). He was ready to propose.

For the surprise to work, Steve needed to plan carefully. He enlisted an artist friend who created a book cover in the Minalima style of Harry Potter novels. Steve found a suitably thick book—a fancy one, neatly hollowed-out, sold on Etsy—and festooned it with photos of happy moments that Kelly and he had shared. Publishers might not have been thrilled with his title (“Kelly and Steven”), but Steve knew his readership of one. He knew she’d love the idea of proposing in a bookstore—she had read 82 books so far this year. Inside the book was the ring, which had belonged to Steve’s great-great-aunt Bessie, who had been a doting grandmother figure to his mother.

The plan called for Kelly and Steve to be accompanied by her parents. (Nothing says romance like a happy couple and two parents in the car’s back seat.) They would stop at the bookstore in the mid-afternoon. An unexpected gem nestled in rural Vermont, it was the perfect spot, linked to memories of previous getaways. Steve’s parents would be waiting, timed to appear at the right moment and round out the happy spectacle.

They arrived at the bookstore later than planned, and Kelly’s parents quickly whisked her upstairs. Steve rushed back to the car and retrieved the book (hidden in his luggage). Dafydd, the events coordinator, guided him to the display that Dafydd had selected. Steve placed the book on a literary fiction shelf. (Emily Brontë: “Whatever our souls are made of, his and mine are the same.”)

Kelly had meandered down from the children’s section and over to bestsellers, so Steve sauntered over and directed her attention to the events’ table. Once there she saw the stylish book. A title in gilt lettering on a warm green background intrigued her. “Kelly and Steven.” She held the book.

Standing in front of the display (and a gaggle of Northshire booksellers and curious buyers), Steve knew what was required of a fantasy hero. He dropped to one knee. Her hands went to her mouth.

From a shelf nearby, Molly Bloom from Ulysses cries out: “I thought well as well him as another and then I asked him with my eyes to ask again yes and then he asked me would I yes to say yes my mountain flower and first I put my arms around him yes and drew him down to me so he could feel my breasts all perfume yes and his heart was going like mad and yes I said yes I will Yes.”

Kelly’s answer was more direct. “Yes,” she said. They kissed and hugged. Applause filled the air, and Steve’s and Kelly’s parents surged forward to hug them. 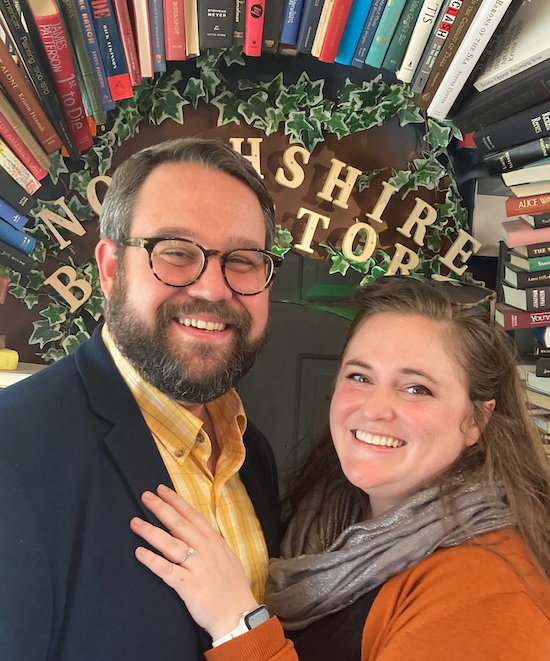 Later, Kelly would say she knew Steve listened to her. “He knew I loved bookstores,” she said. And she suggested her own literary reference, from The Night Circus by Erin Morgenstern: “The finest of pleasures are always the unexpected ones.”

Months in the future, let’s imagine Kelly’s words, to close out this starting chapter and suggest the next: “Reader, I married him.”

Gordon Dossett is a writer living in Vermont. 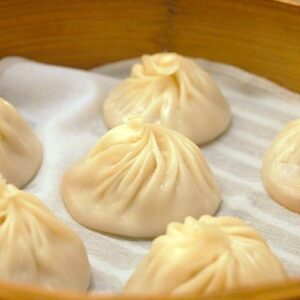 I’ve been a Toronto-based food writer for more than a decade, and there’s one project I’ve always wanted to do but never...
© LitHub
Back to top
Loading Comments...