via Feminist Press
By Kevin Allred

I was settling into bed at midnight on Friday, December 13, 2013—the exact moment Beyoncé bent the entire music industry to her will. I grabbed my phone from the nightstand to check social media one last time, and as I clicked on Instagram, the first post was from Beyoncé and read simply, “Surprise!” My eyes went wide. An instrumental “Drunk in Love” played over video montage while that now-iconic pink font announced: “BEYONCÉ. Visual album. 14 songs. 17 videos. Available now.” It was not a drill. Zero marketing or promotion, no teaser single. A paradigm shift in the way music was released. I threw my phone across the room, tossed blankets to one side, hopped up, and darted to my computer. I pulled up iTunes and started the download as fast as my fingers could move.

Beyoncé’s digital drop may not seem like a major political event, but the landscape of the music industry immediately shifted. The industry changed its entire release structure with new music coming out on Fridays, mirroring this legendary release. Earlier that summer, Beyoncé had retreated from public life. She set strict boundaries in order to carve out a meaningful life for herself as both a private person and a public artist. As a Black woman in an industry run almost exclusively by rich white men, where Black women were never meant to attain the level of power she has, her 2013 feat is even more earth-shattering.

To quote some wise words from writer and cultural critic Janet Mock, pop culture is so much more than a guilty pleasure, it’s an “access point”—for education, entertainment, critical inquiry, politics. One that is available and accessible to most everyone in one form or another, unlike often exclusionary academic theory or biased formal education. Pop culture teaches us, and sometimes pop culture can stop our world. Those electrifying and sometimes suspenseful moments are when pop culture gets powerfully translated into politics, when what entertains us also educates. And if we’re paying critical attention, they’re when we, as an audience, change too. Beyoncé’s music is built on countless Aha! moments. Not just regarding the music industry, but encompassing the entire organization of society and our various roles in it. Beyoncé may not hold any formal teaching credentials, but she can definitely teach us something.

Beyoncé’s digital drop may not seem like a major political event, but the landscape of the music industry immediately shifted.

Full disclosure: I was late to the BeyHive. I wasn’t living in a cave, so of course I knew of Destiny’s Child and Beyoncé. It wasn’t until I heard B’Day, her second solo album in 2006, that I become a full-fledged Beyoncé devotee. Something visceral and immediate about the sounds of B’Day grabbed me by the collar, shook me, and never let go. At the same time, I entered graduate school for American studies and women’s and gender studies. Today, countless articles, books, and investigations boast a burgeoning field of Beyoncé studies, but in 2006, serious analyses were few and far between. I eventually encountered writing by Daphne Brooks that made my world stop, just like the B’Day album itself. Her article, “Suga Mama, Politicized,” originally published in the Nation, functions as passionate cultural analysis and album review simultaneously.

While critically lauding the album, Brooks also presents compelling, unapologetic Black feminist analysis that locates B’Day both in the immediate aftermath of 2005’s Hurricane Katrina and within a longer history of Black women’s subversive cultural production. She convincingly argues that B’Day was a complicated response to the ways Black women had been forced to negatively represent and bear the weight of the nation’s pain in mass media following Katrina. Brooks imagines that Beyoncé was reclaiming a meticulously nuanced political image of Black women with her work—engaging in a longer Black feminist historical trajectory, with which I was also familiar and in which I was deeply interested. Reading Brooks, I realized the vibration and feeling I had initially received from listening to the album could be grounded in politics, cultural commentary, and critique. A musical excess that couldn’t be quite contained by the speakers had a critical counterpart.

Brooks’s articles provided a perfect, serendipitous crash course. I ran with her analysis and began adding my own observations and analyses of Beyoncé’s music, following her example. At my first opportunity, I also started assigning Brooks’s article to full classes of students to get them talking about race, gender, and sexuality, all within the context of pop culture references with which they were already familiar. In rooms of 45 or 50 usually rowdy and disinterested college students, passionate conversation around Beyoncé’s music felt like the holy grail. What’s more, Beyoncé engaged the room in ways that both highlighted differences (whether in identity among students in the classroom or in society at large) and encouraged connection across those differences as fellow music fans. We used Beyoncé’s music to talk about the things we had in common and the things that separated us. As she’d later proclaim on 2016’s “Formation,” Beyoncé was already “caus[ing] all this conversation” in the classroom. Given the success of Beyoncé’s music in the classroom, I continued to experiment with additional ways to add songs, concepts, and social issues to the syllabus—posited ways of seeing the world that revolved around analysis of Beyoncé’s music. So, why not invite Beyoncé into class for the entire semester?

Pop culture, and Beyoncé in particular, can be useful, even essential political tools to reinvigorate education, needed now more than ever.

Enter “Politicizing Beyoncé” in 2010. The course title itself is a bit of a misnomer, though. Beyoncé never needed anyone to politicize her, especially me as a white man. The work she does as a Black woman in an industry (and society) where white men hold most of the power is already inherently political. And since the first time I taught the full course in 2010, she’s become progressively more determined to delineate explicitly political layers in her work, while still rarely delivering formal pronouncements on electoral politics. The title wasn’t about politicizing Beyoncé as a person—rather, politicizing the gaze through which audiences and the public see Beyoncé as an artist and the work she creates. Peeling back the layers of her music to reveal additional influences, references, connections, and even critiques of the ways race, gender, and sexuality have been understood and operate in the world. It meant, to me, learning to locate and talk about the intersections of race, gender, sexuality, class, etc.—their impact and force—through Beyoncé’s music, regardless of how removed an individual’s identity may be from those intersections.

As a white man with certain privileges and access to a classroom, I have also long felt a political responsibility to attempt to subversively marginalize traditional, overrepresented white male voices in any way possible, even though those voices come from the same social position as my own. Black women’s voices are too often only tokenized on syllabi, when included at all. I decided to only assign black women’s work paired with Beyoncé’s songs and music videos—not writing about Beyoncé, but work that could be put into conversation with her contemporary interventions. As a political commitment, I believe listening to Black women holds the answers to building a better world, and I also wanted to make that truth central to my teaching. The work of my course is putting sources into conversation with Beyoncé, using them as lenses to uncover hidden lyrical and visual layers in Beyoncé’s oeuvre. The work of my course is also creating and engaging in conversations across the differences that might at first seem to divide us.

Now, after nearly a decade of teaching Beyoncé—or rather, centering Beyoncé while I teach—I wanted to turn what I’ve learned into a book. To share what I hope is some exciting, thought-provoking analysis of Beyoncé’s music. To extend classroom conversations beyond formal university walls. To trace a story of possibly subversive politics layered into Beyoncé’s music, or at least highlight the potential to create conversations about subversive politics using Beyoncé’s music. To insist that pop culture, and Beyoncé in particular, can be useful, even essential political tools to reinvigorate education, needed now more than ever. To cultivate critical fandom, inspire fans to always search for deeper meaning in what they love. To prove there is merit in the things that many gatekeepers of the ivory tower pretend to be too smart to enjoy. To demand that more folks with privilege become politically engaged and push beyond their own privileged experience (my own included), recognize those privileges and work from their unique social position in solidarity with others for something worthwhile. To highlight Black feminism and intersectionality as essential analytic lenses for all people working towards a healthier, more equitable society. To insist that education can also be fun.

Ultimately, “Politicizing Beyoncé,” and now Ain’t I a Diva?, embrace and attempt to extend the themes of “Schoolin’ Life.” To blend education, pop culture, and honest conversation across difference, history, and politics, in solidarity with a longer Black feminist trajectory and deep appreciation of the sources. I want to reimagine, from unlikely places, what a political fight might look like, and illuminate various ways individuals can do politics and engage politically. I hope you’ll join me. And I hope, in whatever small way, while reading this book, your world stops. Just a little. Maybe you’ll frame an issue differently. In a bold new way. I hope this book leaves you with hope and inspiration, the same hope and inspiration Beyoncé’s music continues to spark in me and so many students. And then, after worlds stop, as Beyoncé insists in “Feeling Myself,” I hope you “carry on.” I hope we all carry on as students in Beyoncé’s classroom. Connect, critically. Carry on, renewed. 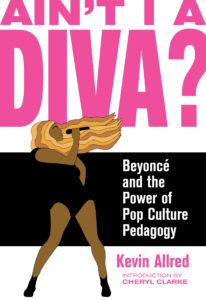 Adapted excerpt from Ain’t I a Diva?: Beyoncé and the Power of Pop Culture Pedagogy. Used with permission of Feminist Press. Copyright © 2019 by Kevin Allred.

Kevin Allred is a writer, speaker, and educator based in Brooklyn. HIs writing has been featured in Salon, INTO, NBC News, and other publications.

On the Rise of the Feminist Internet 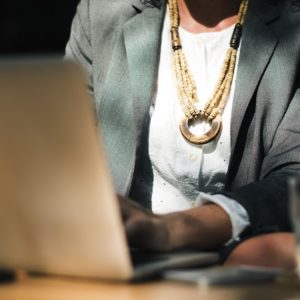 On the Rise of the Feminist Internet The Revolution will be posted. At the height of the backlash against feminism in 1989, an Australian woman who thought American...
© LitHub
Back to top
Loading Comments...