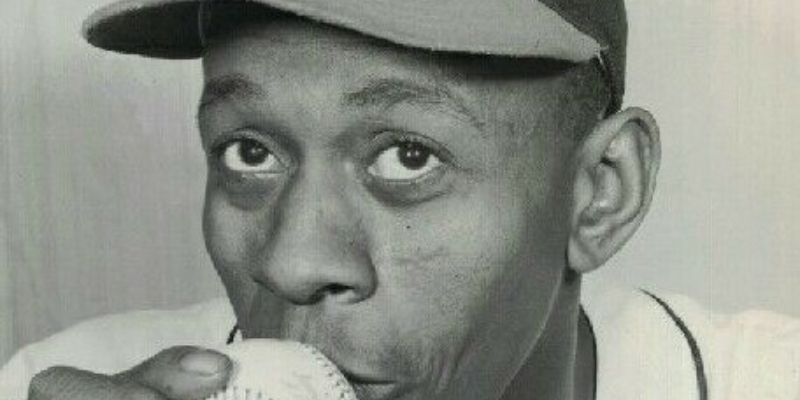 In this episode, writer Luke Epplin joins host Catherine Nichols to discuss Leroy “Satchel” Paige’s 1948 memoir Pitchin’ Man: Satchel Paige’s Own Story, written with sportswriter Hal Lebovitz. Paige was a baseball legend and an important figure in the early integration of baseball. He was one of the greatest athletes of his time, but his stardom was also the product of a genius for self-promotion. In the 1940s, this involved cultivating a comical, unthreatening persona that made white audiences comfortable. His memoir tells the story of his life through that persona, turning his career in Black baseball into a series of comical picaresque adventures. This pose would later be condemned by younger Black players.

Luke Epplin: When Satchel Paige came up to the Indians, there was already another player from the Negro Leagues that had come up in 1947. His name was Larry Doby. He was from the Newark Eagles, which is a team in the Negro National League, and he got signed when he was 23 years old. He came to Cleveland to play on the Indians in 1947. He was about 17 years younger than Paige, and he grew up on the opposite end of a generational divide. He looked at what Paige was doing—these sort of uses of humor, the way that he played white expectations of Black stereotypes and things like that—and he saw degradation; he saw something that he did not want to see. He thought that Satchel Paige was furthering the racism that was hindering him and Black ballplayers, and he thought that Satchel Paige was very bad for integration. And he let it be known to the the press, to Satchel Paige, to everybody.

And Paige, because he’d had to grow up in the environment that he did, in the context that he did, he didn’t understand why Larry Doby was so upset about that. It was sort of his way of playing both sides. And so for somebody of a younger generation—Jackie Robinson’s generation, Larry Doby’s generation—Satchel Paige could be kind of an embarrassment. You would not have seen Jackie Robinson or Larry Doby allowing fans to examine their bodies. That would have been not only uncomfortable, but just something that the way they talked about their dignity wouldn’t have allowed.

But Satchel Paige was different. I think the problem that Larry Doby’s generation and Jackie Robinson’s generation had was that they focused so much on these things we were talking about—Satchel Paige playing the game with his age, playing the game with all of these things that white fans were asking of him—and they didn’t see that he was also using it to advance himself, his race, his own interests, things like that. I mean, nobody did more to to help Major League integration than Satchel Paige. There was no way that white fans could deny that he was Major League-worthy.

Luke Epplin is the author of Our Team: The Epic Story of Four Men and the World Series That Changed Baseball, about the integration of baseball, and specifically the Cleveland Indians, in the 1940s. His other writing has appeared online in The Atlantic, The New Yorker, GQ, Slate, Salon, The Daily Beast, and The Paris Review Daily.

Why Do Some Stories Survive the Test of Time? 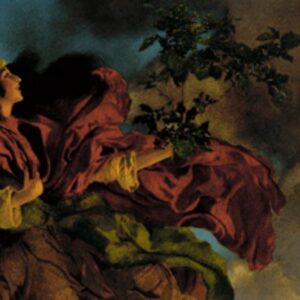 Why Do Some Stories Survive the Test of Time?

Building on Lit Hub’s five-part Finnegan and Friends podcast, the new season of The Cosmic Library, “The Worlds of Scheherazade,”...
© LitHub
Back to top