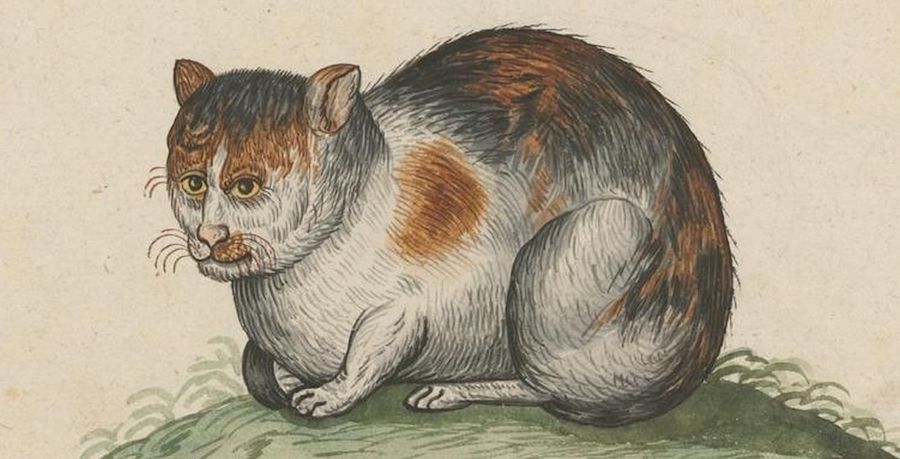 “To many in the Western world, the fact that the mind was free but separate from the heavenly soul was unbearable.”

In the early medieval period in western Europe, the Roman Empire was in its final stages of collapse and the Catholic Church had taken center stage in people’s lives, shaping everything from how they worshipped, what they ate, and when they worked to how they thought of life, death, and the afterlife.

At the time, the word anxiety didn’t mean anything remotely like what it does today. Then people thought of it as a bodily sensation encapsulated by the word’s etymological roots—the Latin angere, “to choke,” and the even older Proto-Indo-European angh, “painfully constricted.” Also unlike today—when we freely use the word to describe any feeling of distress or worry—the medieval terms for anxiety were almost never part of common conversation—anxietas in Latin, anguish in English, anguisse in French, and angst in Germanic and Scandinavian languages.

The Church, however, changed all that by making anxiety a key component of spiritual life. Anxiety became the go-to word to describe the anguished suffering of the soul, entrapped by sin, passionately yearning for redemption, and terrified of the eternal tortures of Hell, captured in such exquisite detail in Dante Alighieri’s 14th-century epic poem, The Divine Comedy.

To many in the Western world, the fact that the mind was free but separate from the heavenly soul was undeniable—but also unbearable.

Indeed, the opening lines of Inferno, the first book of The Divine Comedy, begin by evoking otherworldly anxiety as the protagonist, Dante the Pilgrim, lost in a dark wood, be gins his terrifying journey through the nine circles of Hell and Purgatory on his way to Heaven:

Midway upon the journey of our life I found myself within a forest dark,

For the straightforward pathway had been lost. Ah me! how hard a thing it is to say

What was this forest savage, rough, and stern, Which in the very thought renews the fear. (Inferno, canto I, 1–6)

Each concentric circle of Hell is a city structured around specific tortures, like a planned urban space, and holding worse and worse sinners the deeper Dante goes—from lakes of fire and fiery sands to crucifixions, burial in open graves, and submersion in bile. Written in vernacular Italian and illustrated with startling imagery, Inferno describes in everyday language the eternal agonies sinners will suffer in the afterlife. With the horrors of Hell and the threat of damnation now dominating the medieval mind, anxiety became a familiar companion. It joined the ranks of other pivotal Sunday sermon abstractions such as hope, faith, conscience, purity, and salvation.

As the significance of anxiety became more spiritual, its treatment also changed. Now the healers of the soul, Catholic priests, prescribed and administered the interventions of confession, penance, and prayer. As Saint Augustine taught, “God can relieve your troubles only if you in your anxiety cling to Him.”

This concept of anxiety as a spiritual condition requiring divine relief became common throughout the Holy Roman Empire, which spanned what are today forty-eight countries as far north as Scotland, down through all of Europe, and into Asia and northern Africa. Yet soon another paradigm shift would push anxiety further along on its journey.

In the 17th century, notions of freedom and individualism pushed people to question old ways and old authorities. Sapere aude—Dare to know—was the motto of the Enlightenment. Thinkers and scientists defied the strictures of the Church—and were often burned at the stake for it. They used the tools of empiricism, scientific observation, and mathematics to explain the mysteries of the natural world and achieve new technological feats.

One of the most important books of the era was The Anatomy of Melancholy, written in 1621 by Robert Burton, a university scholar and sometime librarian. Although he presented it as a medical textbook, the encyclopedic overview of pathologies of emotion was equal parts science, philosophy, and literature. While consisting of quotations from ancient medical authorities such as Hippocrates and Galen, it was also chock full of empirical observations, case studies, and sympathetic portrayals of emotional distress. Melancholia was not limited to depression but encompassed anxiety and a range of bodily complaints, hallucinations, and delusions. Burton even included in his list religious melancholia, or the defects in religious feeling experienced by “atheists, epicures, and infidels.”

The new post-Enlightenment mind—capable of thinking, imagining the future, and constructing reality—was also a vulnerable mind, robbed of the medieval certainty of faith.

Burton’s goal was to deconstruct and dissect melancholia first in terms of causes and symptoms and then in terms of cures—as one would for any other disease. His observations aren’t so different from our modern views of anxiety disorders, which cause sufferers to be plagued with worries, sick with anxiety, simmered until the “foul fiend of fear” caused them to turn “red, pale, tremble, sweat, it makes sudden cold and heat come over the body, palpitation of the heart, syncope, etc.” He described people becoming “amazed and astonished with fear.”

Burton was an unlikely candidate for “the first systematic psychiatrist,” as the late French American historian Jacques Barzun called him. His education at Oxford was unusually lengthy, perhaps due to a bout of melancholia. His protracted and extensive studies included nearly every science of his day, from psychology and physiology, to astronomy, theology, and demonology—all of which informed The Anatomy. The digressive and labyrinthine volume was reprinted no fewer than five times during his lifetime and was read by luminaries spanning centuries, including Benjamin Franklin, John Keats (who said it was his favorite book), Samuel Taylor Coleridge, O. Henry, the artist Cy Twombly, and the writer Jorge Luis Borges. Samuel Beckett and Nick Cave have both referenced it with admiration.

The Anatomy of Melancholy is a seminal work in the transformation of anxiety into a disease. But the philosophical upheavals of the 17th and 18th centuries would take it a step further, locating Burton’s hellish “foul fiend of fear” in the mind rather than in the soul and arguing that irrational emotion can be controlled only by rational thinking. That was, after all, the Age of Reason, when faith in the Church’s explanations waned.

Yet the new post-Enlightenment mind—capable of thinking, imagining the future, and constructing reality—was also a vulnerable mind, robbed of the medieval certainty of faith. Anxiety emerged at those fault lines, where free will collided with the vicissitudes of random fate and unpredictable passions. Later generations would call it existential angst.

Indeed, those living through that paradigm shift often paid the price in the currency of anxiety. England in the 18th century was the most liberal, progressive, and modern society in the world. Yet it was also one in which anxiety and mental health problems seemed ubiquitous. Suicide rates skyrocketed during that period, so much so that suicide was termed “the English disease.” It was as if that free, unfettered society had, as François-René de Chateaubriand wrote at the end of the 18th century, grown “sick with anxiety and indecision.”

To many in the Western world, the fact that the mind was free but separate from the heavenly soul was undeniable— but also unbearable. There was now a need for new, modern healers of the soul. Early psychologists and psychiatrists— called alienists and mentalists—heeded the call. They would solidify—and make inevitable—the anxiety-as-disease story. 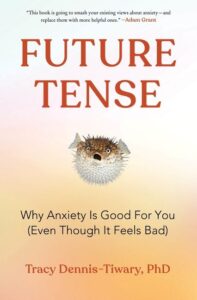 Excerpted from Future Tense: Why Anxiety Is Good For You (Even Though It Feels Bad) by Tracy Dennis-Tiwary. Copyright © 2022. Available from Harper Wave, an imprint of HarperCollins, Inc.

Tracy A. Dennis-Tiwary, Ph.D. is a professor of psychology and neuroscience at Hunter College, the City University of New York, where she directs the Emotion Regulation Lab, and is cofounder of the digital therapeutics company Wise Therapeutics. She received her doctoral and postdoctoral training in clinical psychology at The Pennsylvania State University and New York University School of Medicine. She has published over one hundred scientific articles in top peer-reviewed journals and delivered more than three hundred presentations at academic conferences and for corporate clients. Dr. Dennis-Tiwary has been featured throughout the media, including the New York Times, the Washington Post, CBS, ABC, CNN, NPR, and Bloomberg Television. She lives in New York City.

How Greenwich Village Bohemians Found Their Way to Provincetown 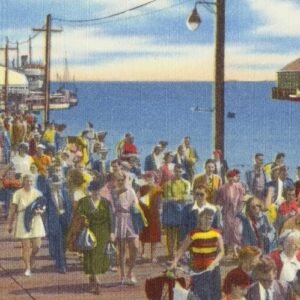 How Greenwich Village Bohemians Found Their Way to Provincetown

By 1910, Greenwich Village was the acknowledged center of those who claimed to be bohemians and whose lifestyle caused others...
© LitHub
Back to top
Loading Comments...