Above: De-Rance Blaylock sings in Antigone in Ferguson. Photo by Gregg Richards.

What if our experience of ancient Greek plays, rather than involving stultifying boredom, could instead evoke powerful emotions? Bryan Doerries—author of many books involving ancient Greek plays and Artistic Director of Theater of War Productions—talks with Julie and Eve about the tragic loss in his life that caused Greek plays to suddenly begin “sp[eaking] directly to me as if they’ve been written for me.” As a director, he has since sought “audience[s] that have experienced the extremities of life.” He’s performed at hospitals, for the military, in prisons, for addicts, and for the survivors of natural disasters. Bryan discusses what it is about ancient Greek plays that make them resonate all these centuries later. He also details why the audience discussions that follow the play can be more meaningful than the performances themselves. Finally, Bryan explains how the protocols of theatergoing today are a “kind of violence.”

Bryan: I would argue that the real performance is in the discussion [that audience members have after performances of ancient Greek plays by his company]. People get up and get vulnerable and share things they’ve never shared in private, let alone in front of a thousand people, and weave their comments into their interpretations of the play and quote from the play. The first person who ever did this was at a Theater of War Performance in San Diego for 400 Marines and their spouses.

We were performing two [ancient Greek] war plays. After the performance, one of the first people to speak was a military spouse, and she said, “Hello, my name is Marcelle. I’m the proud mother of a Marine and the wife of a Navy Seal. My husband went away to war. And each time over those four times that he went to war, he came back, dragging invisible bodies into our house. Just like in the play. And to quote from the play, ‘Our home is a slaughterhouse.’” Which is my translation into a kind of modern vernacular.

So that’s exemplary of what I’m talking about. A spouse can name the truth by using the vocabulary and the syntax of the translation she just heard perform. And in so doing, she can give permission to all the rest of the spouses in the room to follow her courageous lead.

And the room’s just open, because we all need—I mean, permission is not the right word—we all need encouragement. One of the things that Greek plays do when the actors commit to the emotional requirements of them going to 20—you know, way past 10—the actors have already gone this far. They moved the walls of the room back; just meet us halfway. It’s fine. This is a place where we can actually express our grief. The note that I give actors before they go on stage in front of these audiences, I go up and I whisper it in their ear, “Make them wish they’d never come.”

Eve: Yeah, we were going to ask you about that.

Bryan: In my translations, you’ll see that instead of translating what’s in the Greek, I just write “an inhuman cry.” You know, have a sound emanate from your body that you’ve never heard before, for which you may be embarrassed afterwards. And that’s an act of service, because if for a brief moment we’ve made the audience wish they’d never come, if everyone is scanning for the exits for a brief moment, well then in our model—because there’s a discussion immediately afterwards—we can then interrogate, what makes us so uncomfortable? The utility of ancient Greek tragedy is it can make us profoundly uncomfortable to watch it. And I think that’s one of the reasons why it’s stood the test of time.

Bryan Doerries is a writer, director, and translator. His theater company presents dramatic readings of seminal plays and texts to frame community conversations about pressing issues of public health and social justice. He has received an honorary doctorate of humane letters from Kenyon College, and he was named Public Artist in Residence for the city of New York. Bryan’s most recent book, which offers a contemporary translation of ancient Greek tragedies, is Oedipus Trilogy: New Versions of Sophocles’ Oedipus the King, Oedipus at Colonus, and Antigone. 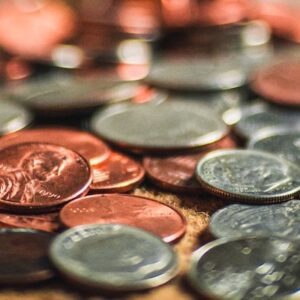