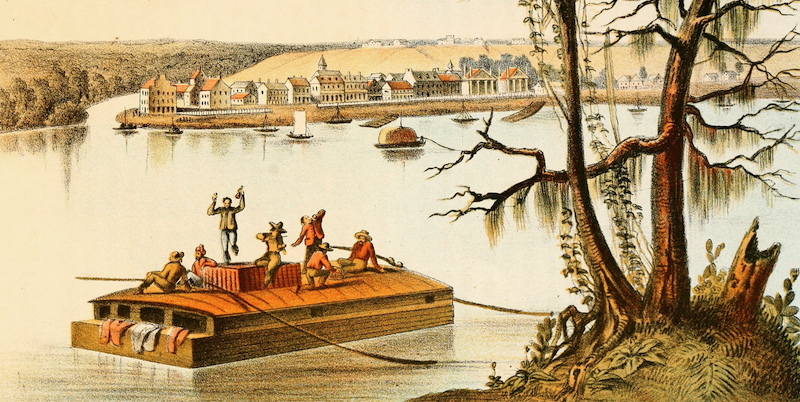 How America’s River Wanderers Built a Life on the Water

Like most Americans, probably because of the impact of the Hollywood Western, I once thought of “frontier America” as the period that began in the 1850s as pioneers, gunslingers, and cattle barons pushed into the plains country beyond the Missouri River. For me, as for so many Americans, that era and its character types became accepted as a cultural motif.

Devouring all that I could about America’s initial western leap down the Ohio and Mississippi was just the first part of the journey. As I pored over 19th-century maps and dipped into seminal works like Michael Allen’sWestern Rivermen, 1763–1861, or Marquis Childs’s Mighty Mississippi, I began to realize with increasing intensity that the old frontier lands of the Ohio and Mississippi River valleys were calling me personally.

I wasn’t just curious about what had become of the country that defined America’s first century of growth. My lifelong thirst for adventure and learning had mostly been land-borne. Now I would explore the mysteries of nationhood along this most captivating water space, bobbing like a cork in the currents, sharing the romance of my forebears.

I first stumbled upon the importance of the flatboating years while I was researching a book on the later generation of Americans who joined America’s ceaseless push west, the Oregon Trail pioneers of the 1850s. I was surprised to discover that fording skills were decisive for these “overland” travelers. When moving their cumbersome covered wagons across the wide rivers of the far West, the ability to fashion crude log rafts out of driftwood and felled trees often meant the difference between failure and success for the thousands of settlers who crossed Nebraska and Wyoming every summer. Flat-bottomed ferries, pontoon bridges, and floatable wagons shaped like hulls became indispensable fixtures on the trail crossings of the Platte, the Sweetwater, and the Green.

As many as a third of the covered wagons that finally reached the Columbia River in Oregon were so completely battered by the two-thousand-mile journey over the plains and the Rocky Mountains that the pioneers had no choice but to rip their decrepit vehicles apart, convert the lumber to rafts or shallow-draft boats, and then complete their continental journey by floating the rest of the way to the Pacific coast. The sturdy Midwestern farmers and small-town shopkeepers who made up the bulk of the trail pioneers had inherited their boatbuilding skills from their fathers or their grandfathers during the flatboating era, demonstrating the plucky, hand-me-down ingenuity that built a country. For the average Midwestern farm boy in the 1820s, learning the rudiments of building a flatboat was no more challenging than framing a barn.

I loved how this understanding of frontier carpentry skills changed my conception of history. Traditional historians, when describing the creation of America, love to dwell on the high-sounding ideals of the Declaration of Independence and the Bill of Rights—protections against big government, the promotion of individualism, freedom of speech and religion—but those were principles far removed from the hardscrabble, edgy lives of most 19th-century Americans. They were citizen-farmers, and they built America with logs, laboriously harvested by axe and two-man crosscut saws.

First the logs were flatboats descending the Ohio, then they were converted into crude shacks on the frontier. If there was flatboat lumber after that, they used it to build furniture and simple barns. The steamboat boom that revolutionized American travel and cargo transportation in the 1830s and 1840s was the next logical step, and steamboats relied on flatboat hulls for their design. Federalism and the Missouri Compromise are, of course, useful things to understand. But now I felt refreshingly liberated from the conventions of thinking about our past, the composite of high theory and “great man” narratives that we call history. Logs were the national DNA. America was built by adventuresome people from trees. 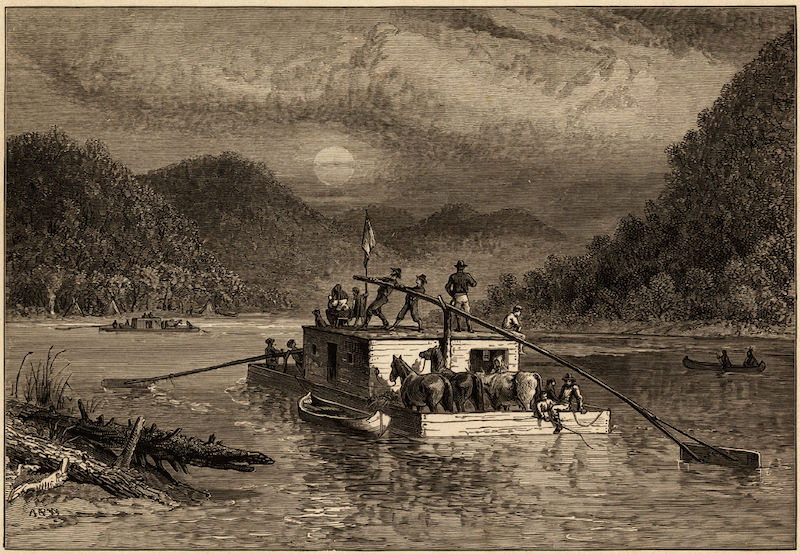 A group of people and horses travel on a Tennessee river by flatboat. Engraving by Alfred Waud from The Historic New Orleans Collection. Created between 1855 and 1890. Published in The Century Magazine (volume 92, May to October, 1916). Image via Wikimedia Commons.

The flatboat era was also profoundly tragic. Pioneering the inland rivers also joined white Americans in signature, collective cruelty—the extermination of the Native American tribes, and the metastasizing of slavery into an even more brutal system as the cotton economy was pushed south. America’s expansion southwest into the inland river country beyond the Appalachians opened up vast acreages of tillable land, which most white settlers believed had to be cleared of the tribes so that the country’s agricultural progress could continue.

No one pursued the policy of Native American cleansing longer and more zealously than Andrew Jackson, whose presidency began with the Indian Removal Act of 1830, during which more than 125,000 members of the Cherokee, Choctaw, and several other tribes were force-marched across the Mississippi into the arid barrens of eastern Oklahoma. At least four thousand Cherokees alone died during their 1,200-mile trek west, one of the darkest chapters of American history now known as the Trail of Tears. Simultaneously, in another brutal chapter still unknown to most Americans, almost a million African American slaves were marched by foot one thousand miles over the Appalachians from the depleted tobacco plantations of Maryland and Virginia to the next source of American wealth, the sweltering cotton and sugarcane fields of Arkansas, Mississippi, and Louisiana.

The slaves were marched south in “coffle lines” that connected them to each other by chains attached to a circular steel restraint locked around the slave’s neck. After slavery’s expansion south, brutal quota systems for harvesting crops were introduced, and deaths by beatings, heatstroke, and disease were pandemic. The common term “sold down the river,” and the misfortunes involved in the expansion of slavery to the Mississippi valley, is another legacy of the flatboat era.

During the Great Depression of the 1930s, the Works Progress Administration estimated that as many as fifty thousand Americans lived on shantyboats.

The rivermen never completely disappeared. The most alluring group of river people who kept the romance alive were the “shantyboaters” of the late 19th century and post–World War I era. After the devastating Panic of 1893, thousands of abruptly unemployed and now homeless industrial workers, in river towns from Pittsburgh to New Orleans, found that they could cobble together a livable house on top of an abandoned commercial barge down on the waterfront, or build a shantyboat from scratch from the broad selection of cast-off timbers and driftwood lining virtually every mile of riverbank.

Each year, hundreds of shantyboat families simply cast off from Memphis or Cincinnati and spent the warm months drifting downriver, camping on remote islands, planting gardens or harvesting wild berries. In a land that prized security and forethought, the shantyboat families were the quintessential Americans living on the fringe. During the Great Depression of the 1930s, the Works Progress Administration estimated that as many as fifty thousand Americans lived on shantyboats.

The most iconic of the river wanderers were Harlan and Anna Hubbard, an artist-writer couple who in 1944 built a shantyboat on the banks of the Ohio in Kentucky and then spent seven years drifting to New Orleans, living off the land along the banks, fishing for supper, dawdling at attractive river towns like Paducah, Kentucky, or Helena, Arkansas, to catch up with their mail and send drawings and paintings to art shows back east. I was inspired when I discovered Harlan Hubbard’s memoir about that trip, Shantyboat: A River Way of Life, a mostly forgotten gem of American nonfiction comparable to Horace Kephart’s Our Southern Highlanders. Hubbard’s prose is simple but lambent.

Landing one evening on the Ohio River opposite Cincinnati, he wrote: “We landed at the broad sandbar on the Kentucky side, relaxed, and ate our dinner of catfish which had been broiling on the fireplace. . . . Strange train whistles were heard, and constellations of city lights shone from the opposite hill.” Hubbard faced the same skepticism about taking on the rivers that I would encounter seventy years later—one riverman warned him before he left that his shantyboat would be caught in the whirlpools of the Mississippi, spun in circles, and then “sucked beneath the surface never to reappear.”

But Hubbard and his wife safely and delightfully made it to New Orleans, creating with a dreamy river trip not only an unusual marriage but a charming story about the diverse possibilities of American life. Reading Harlan Hubbard wasn’t just a poetic invitation to cast off and then point myself downriver past the bluffs, sailing for the unknown. Hubbard’s “river way of life” was a call for personal independence, an unshackling from the comforting but essentially delusional “conveniences” of modern life.

“I merely wanted to try living by my own hands, independent as far as possible,” Hubbard wrote in Shantyboat. “I wanted to bring in my own fuel and smell its sweet smoke as it burned on the hearth I had made. I wanted to grow my own food, catch it in the river, or forage after it. In short, I wanted to do as much as I could for myself.”

I was startled by my research and realized that I had reached an ironic moment in life. I have always been studious to the point of obsession about America’s past, but I had never heard of flatboats, the “Great Migration” down the rivers, store boats, or coffle lines. Before the American Revolution, America’s cargo system was predominantly riverine and not overland, and this would have been useful to know as I contemplated my country’s origins. But I knew that lacking this foundational knowledge was not unusual. Innocence about our country’s true beginnings is woven into the American character. Now it was time to get south and see the inland river country as intimately as I could, to catch up with the truth. 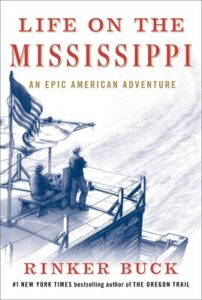 Excerpted from Life on the Mississippi: An Epic American Adventure by Rinker Buck, available via Avid Reader Press.

Rinker Buck began his career in journalism at the Berkshire Eagle and was a longtime staff writer for the Hartford Courant. He has written for Vanity Fair, New York, Life, and many other publications, and his work has won the PEN New England Award, the Eugene S. Pulliam National Journalism Writing Award, and the Society of Professional Journalists Sigma Delta Chi Award. He is the New York Times bestselling author of The Oregon Trail, Flight of Passage, and First Job. He lives in Tennessee. 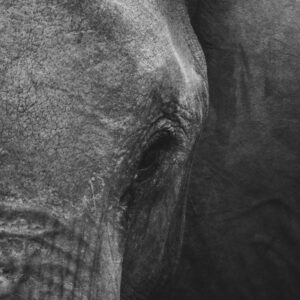