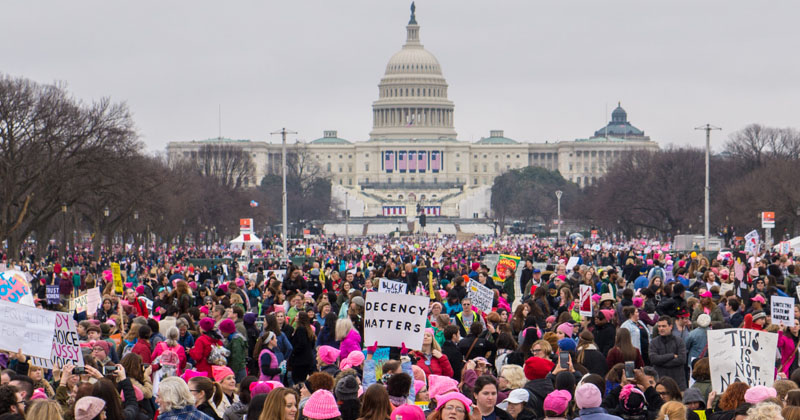 How A Reader’s Generous Offer Helped Me Write Through Despair

Coming to Actually Believe That My Book Is Important, Now More Than Ever

The subject line read, simply, “What can I help you do to get your work done??”

It was an email from a woman I had never met, a friend of a friend. She was responding to an abject post I had made on Facebook earlier that day, three days after the 2016 election. My book was due in five weeks. I had dreamed of writing it for years (and had stepped down as executive director of the organization I founded in order to do exactly that). I’d spent the past two years researching and reporting and writing it. And now, all I wanted was to light it on fire.

A week before the election, only four days after Comey had sent his infamous letter to Congress about Anthony Weiner’s emails, I had called my agent in tears. What would my stupid book matter if we wound up with President Trump? How could we possibly envision a better sexual future for women under a pussy-grabbing President who planned to deport us or our neighbors and steal our health insurance to fund tax breaks for himself and his pals? I had to get on a plane, go canvas in Florida, where I could stay with my parents. Everything felt impossible.

My agent managed to talk me down, and we struck a deal. With her blessing, I spent half my time that week making calls to swing states and the other half writing like the wind. It was a brutal grind, but at least it left little time to worry about anything. And then the election happened.

I cuddled my nephews. I ate my feelings. I saw friends, tried to process the news. But it wasn’t long before the ticking clock of my deadline started clacking in my ear again. I have never less wanted to write. Could I put enough money together to pay back my advance? Not even remotely. What would happen if I just “lost” the file? Not much—I’d been sending chapters to my editor all along. I’ve never been sneaky enough to fake my own death, so that was out. But this book felt useless now. It was written with a different future in mind, one where we could dream big and didn’t have to fight just to survive. Not knowing what else to do, I tapped out my despair on Facebook.

That’s when Brianna’s message arrived in my inbox. She told me that my previous work had made her sex life better and safer. She said she was local and wondered if she could help by running errands or making me food. She wrote the same thing my editor had already said to me: “Your work is more important now than ever.” But somehow, when she said it, I could finally entertain that the idea might be true. I wrote her back and sheepishly accepted her offer. And then, numb and full of doubt but not wanting to let her down, I got back to work finishing my manuscript.

In the year that’s passed since, many of my worst fears have come true. Nazis and the KKK feel free to march in the streets. Heather Heyer is dead at their hands. Neil Gorsuch is a Supreme Court justice and Merrick Garland is not. Hundreds (possibly thousands) of American citizens in Puerto Rico are dead for want of aid from their own government. Families are being torn apart by mass deportations. The Department of Education is more interested in protecting rapists than their victims. Employers have been empowered to make contraception decisions for their female employees. The government is a kleptocracy that almost certainly benefitted from collusion with a foreign power.

In the face of such horrors, I’ve spent a lot of time thinking about what it was about Brianna’s offer that inspired me to carry on. The actual feats she performed for me were incredibly generous, but not superheroic—she filed FOIAs, helped track down a few sources, which really did make my load a little lighter. But the real gift she gave me was far less tangible. She reminded me that not only could I count on other people, but that they were counting on me, too.

I finished my book with her voice in my ears. At first, I only pretended to believe what she had told me, that now was exactly the time for big visions and bold feminist polemics. But a funny thing happened on the way to my deadline: I wrote my way into realizing it was true.  If we fight only to defend ourselves against losses, every compromise or defeat takes us backward from the crappy status quo women already live in. When we keep dreaming big and working hard toward our real vision, we can become an unstoppable force capable of overwhelming the oppressive, immovable objects in our way. And we can only accomplish this together.

After all, what was the Women’s March but millions of people joining together to amplify each other’s voices? What has driven the travel ban protests, the Boston march against white supremacy, the Indivisible rallies and ADAPT protests that saved, at least for now, the ACA? Each one required us to believe that we can still rely on strangers, we can still show up for each other, even now, even hurting and scared. Each one understood the powerful magic of human connection to make the impossible possible.

And it’s not just defensive victories we’re dreaming into reality. In the past month, we’ve seen women stand up en masse to demand an end to workplace sexual abuse, and we’ve seen powerful men dethroned as a result. In Illinois, countless people worked together to convince a Republican governor to allow state health insurance and Medicaid to pay for abortions, ensuring that no one who needs one in the state will go without for lack of funds. Just last month, against all odds, it worked.

My book is in readers’ hands at last. I hope it gives them what Brianna gave me: hope, community, and some practical help in figuring out their role in the fight for women’s humanity. I hope they find encouragement in every page, inspiring them to build the future we all deserve.

Unscrewed: Women, Sex, Power, and How to Stop Letting the System Screw Us All by Jaclyn Friedman is out now.

Jaclyn Friedman is a writer, speaker and activist, and creator of the hit books Yes Means Yes: Visions of Female Sexual Power and a World Without Rape (one of Publishers’ Weekly’s Top 100 Books of 2009, and #11 on Ms. Magazine’s Top 100 Feminist Nonfiction of All Time list) and What You Really Really Want: The Smart Girl’s Shame-Free Guide to Sex & Safety. Her podcast, Unscrewed, is paving new paths to sexual liberation, and was named one of the Best Sex Podcasts by both Marie Claire and Esquire.

The Pain of Joint Custody, Illustrated 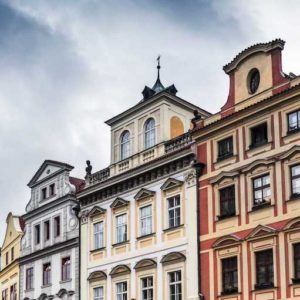 At the beginning of November I found myself in Prague with enough loyalty points at the Accor Chain to get myself a room...
© LitHub
Back to top