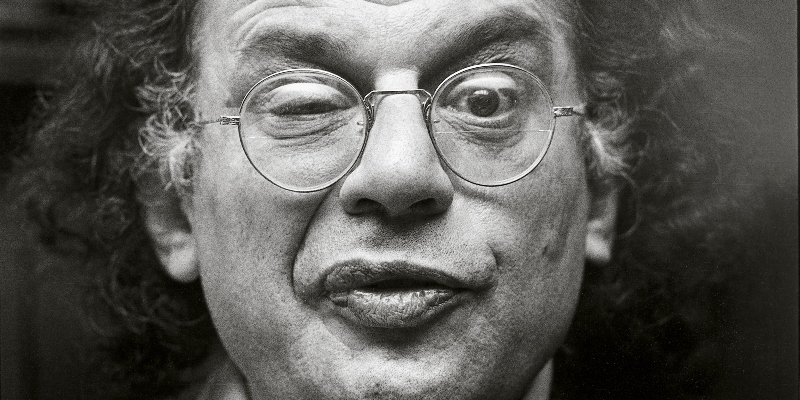 Michael Schumacher in Conversation with Brad Listi on Otherppl

Michael Schumacher is the guest. He’s the editor of The Fall of America Journals, a collection of Allen Ginsberg’s writing, out now from University of Minnesota Press.

Michael Schumacher: But Allen was never, ever given—and this is a lead-in to answer your question—one of my impressions about him was he was never given real credit for the great courage that he had.

Brad Listi: Yeah, that’s always struck me about him and his work. In reading about his life and work in the biography, the relentless and fearless self-documentation in the journals, but also in his public-facing life—in interviews, in the work itself. It’s easy to sort of dismiss, I think, somebody who is just sharing, or some people might characterize it as oversharing, until you actually try to do it.

Michael Schumacher: That’s true. That’s very true. He wrote a poem that’s in this volume that just came out called “Please Master.” And this poem, he was afraid to read it. What he did was—this was right after Neal Cassady died—he wrote, and it was extremely explicit, a poem about Neal and his relationship, their sexual relationship. And he couldn’t do it. He literally couldn’t read it at first, then he could. He did, and he got over it.

That was written in 1968, that poem. And it really was—I mean, it’s not something for everybody, that’s for sure. We got to laughing about it because when I saw the unedited version of it, the original version, in his notebooks, I’m going, oh my god, Allen.

But the thing that I’m getting at here is that all these years later, I edited a book called The Essential Ginsberg, which is like a greatest hits—the best of his poetry, the best of his photography, the best of his music, the best of his interviews, journal entries, and so on. A big fat book that came out with HarperCollins, which was his publisher. And when that book came out we had a big event in New York, where a lot of poets and well-known people got together and read Allen’s poetry. And people were fighting over who could read “Please Master.” Everybody wanted to—straight guys wanted a shot at it.

What’s happening with the one now is they’re doing—it’s out in Los Angeles being recorded. They’re recording a lot of these poems or things from the Fall of America Journals, setting it to music. And there are some names involved in that. They want to have it out next year at some point, which would be great. It’d be great for the book; it’d be good to have, Allen—you know, it’s really hard. I’ll tell you the honest-to-god truth, for me, it’s hard for me to believe that Allen has been dead now for 23 years.

Brad Listi: Yeah, I know. I went to school in Boulder at the University of Colorado in the mid ’90s, and I never crossed paths with him. That was toward the end. I graduated in 1997, but I had proximity to Naropa. It was all right there. But I was, like, too young and stupid to realize what was in front of me.

Michael Schumacher: Well, you know, we all learn when we do. I mean, I never would have heard of Allen Ginsberg if I hadn’t been dragged kicking and screaming through the parochial schools. And somewhere, I guess it was about my sophomore year of high school, one of the nuns started in on him, and what an evil man he was and this and that, and don’t read his books. And so, of course, the first thing I did was took a bus to downtown Milwaukee, went in and bought a copy of Howl and Other Poems.

And I read “Howl” and I’m going, oh, my god, this is the most amazing shit I’ve ever seen. And the rest of that book is pretty good, too, incidentally. For a little skinny book, it’s loaded. And so, I would have never heard of him. Well, I would have heard of them, I’m sure, because he was so big in the ’60s. But back then, I was hearing the downside from this nun.

Michael Schumacher is author of the acclaimed Ginsberg biography Dharma Lion (Minnesota, 2016). Along with Ginsberg’s Iron Curtain Journals and South American Journals and Conversations with Allen Ginsberg (all from Minnesota), he has edited Family Business, selected correspondence between Allen and Louis Ginsberg, and The Essential Ginsberg, a reader of Ginsberg’s best work. 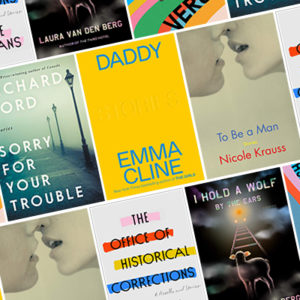 Nicole Krauss' How to Be a Man, Stephen King's If It Bleeds, Emma Cline's Daddy, and Zora Neale Hurston's Hitting a Straight...
© LitHub
Back to top