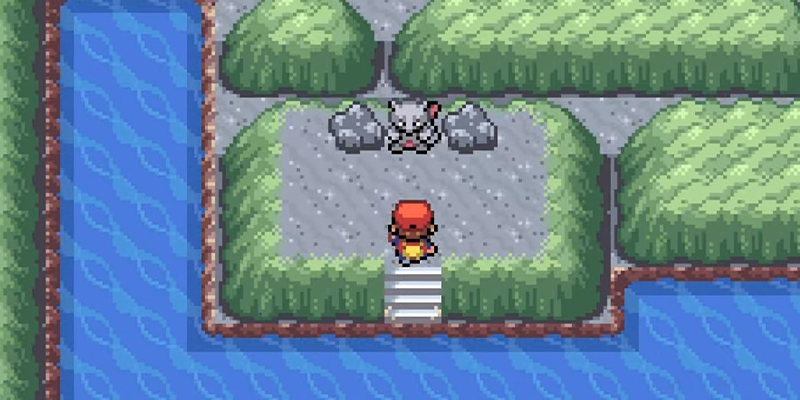 Hot, Cute, and a Little Bit Punk: Mina Seçkin on Exploring the World of Pokémon

When I’m Not Writing, a Series About Writers and Their Hobbies

I thought I had a lot of free will, playing Pokémon. As a kid, when my mom would grant me and my siblings precious time with our Gameboy color via a reward system—say, if we did well in school, or during a long flight to Turkey—traversing the Kanto universe was the thing I looked forward to most. Here was my rare, thrilling chance to unlock a mapped world without parental supervision. Here was a quest that I was called upon to complete.

Like most role-playing games, Pokémon is structured place that presents as infinite. I’m a planner, and since my first play, it felt like a dream to strategically map out specific, borderline-OCD goalposts as I went about my mission; for example, I must train this Pikachu until at least level 18 before I even allow myself to enter Cerulean City, where I’ll need to beat Misty to use flash in the cave. And I must dodge these trainers until I can revive my low-level Dratini that I hunted down in the Safari Zone and caught at long last—with the terrific third twitch of the ball—so it can swiftly level up into an all-powerful Dragonite (an absolute King).

Like in my waking life, though, I’m not exactly strict and militant when it comes to something that gives me pleasure. I know which Pokémon hold up against the greatest foe, but most of the time, I just want to build a hot and cute roster. If I don’t get a Growlithe or a Vulpix on my team, the game is not worth playing. In my more punk phases, I would have done anything for a Schyther or Alakazam, and once, I was in a dark enough place to become a Hypno apologist (in case you forgot, this is a Pokémon that literally eats your dreams!).

Still, I don’t take many chances. I’ve never started, for example, with a grass Pokémon—the weakest type. My older sister was the one to impart this knowledge upon me, and I, dutiful middle child, passed the prized information down to my younger brother in turn. Today, both of my siblings are in medicine—they have rules they must follow, rules that are different from my work as a writer. There’s an incredibly high-stakes gameplay that must be observed.

We learned a lot about rules in those years. We tried to explore the dark cave without flash, and we grasped along at the wall with no light before turning around, without an escape rope. At the time, I believed winning Pokémon meant tricking, or changing, the game. But you can’t change the rules in a simulation the way you can change the rules of storytelling. Sure, maybe you’ll get stuck for a while looking for the right person to give you the flute that wakes up the Snorlax blocking the road, but that’s the quest that gives the game meaning. The odyssey was the point. And if you were lucky enough to have tips and tricks, they were like oral histories passed down. It was, after all, the early 2000s. You couldn’t google something like that.

Other things have changed, too. Today, there are so many new Pokémon, each of them amphibian or avian in more alien ways. The new regions and maps thrill me, but still I seek my old comforts. As a kid, I loved the S.S. Anne docked in Vermillon City. I’d never been on cruise ship before, and I loved exploring each cabin, peering into a trashcan for a prized item. As a city-kid, I liked the mall in the bustling Saffron City, or the perverse opposite, the rugged terrain you can’t get through without Strength.

Now, I’m most drawn to the peaceful islands, or Lavender Town and its tower of souls, a place I once deeply feared. Once in a while, I question whether it’s cruel to collect Pokémon, a metaphor for pet ownership at best, at worse, a euphemism for domination and inflicting harm upon others. What if I just tended to these creatures instead of being the very best?

Still, I name my character my own name, Mina, or my lighter nickname Min. An early form of autofiction, maybe, but the story is already written, I only have to explore it, which to me, as a writer, is a great relief.

Did a novel have purpose, and meaning? Each play deepened my certainty that yes, most stories do.

In March 2020, just a few days into lockdown, when things were at their most uncertain, I rallied my mom, my sister, my brother—we had to find the bag of Gameboys. Where were they? I nearly gave up all hope going through the basement into years of toys and games and memories. Thankfully a friend of mine sent me a link to download a DS emulator on my computer and I began playing right away. I chose FireRed, because I wanted the first generation of Pokémon—the ones I was attached to.

As Professor Oak instructed me to go ahead, to choose my first Pokémon, I felt near to abject gratefulness. It was the most fun I had then, in those early months of the pandemic, though I remember a friend was alarmed by the way I spoke about this “escape.” He didn’t think escaping was healthy.

What when the story’s over? Anytime I’m about to “win” the game, as in, defeat The Elite Four, I delay the process a bit. I fly to my favorite cities and walk around. I like seeing the bushes, the pots of flowers, the lapping water at the shore. Sometimes I visit people in their homes. I especially love the many old men who take small steps in town, hands folded behind his back.

I could make these flights after I defeat The Elite Four. The game, its map and its world, remain open to you for as long as you’d like—at least, until you rewrite the game with a new game—but I never like doing that, because once I win, I feel like a stranger to the map, like I’m not supposed to be there anymore. So I take this extended, emotional journey back through Kanto when I still believe I can, because it’s difficult enough to grapple with this feeling of estrangement, and lack of purpose, in the waking world.

I don’t believe I play Pokémon enough when I’m not writing. I came to know the world through a reward system set up by parents, and today, I continue to treat myself to it, but only every year or so—sometimes longer—as if in fear that frequent entry into such a place—a place bound by rules, but open to music and thrill—if without purpose, will consume me.

Mina Seckin completed her MFA at Columbia University, where she received the Felipe De Alba Fellowship and where she also received her bachelor degree. Her work has been published in Refinery 29, McSweeney’s Quarterly Concern, Electric Literature, The Rumpus, and elsewhere. She serves as managing editor of Apogee Journal, and her debut novel, The Four Humors, was published by Catapult in 2021. 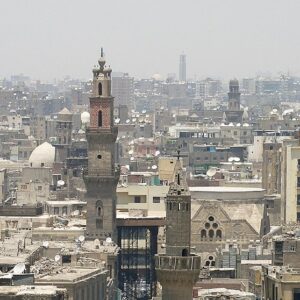 In the beginning was the permit, and the permit was not with me. Only with it in hand could one map and inhabit the space...
© LitHub
Back to top