Hope on Far Horizons: Rebecca Solnit on the Exoneration of Kevin Strickland

“To be broken is to reach out, to be open, to be incomplete and therefore to welcome outside in.”

“There are two places that Kevin Strickland—a 62-year-old Black man convicted by an all-white jury in 1979 and sentenced to life in prison without the chance of parole for 50 years—hopes to see: the ocean, which he has never visited in person, and his mother’s grave.”
–Washington Post, November 23, 2021, on the exoneration and release of Kevin Strickland
*

We tell each other stories the way people plant seeds, not sure what will germinate or feed or go to waste, not sure what will be heard or who is listening and what they’ll take from what is offered. I say that like a general principle, but people tell me things, or I read them, and some of them are gifts, a candle to light a corner of the room or a flash of lightning or some warmth of sunlight. Some of them are seeds that grow, slowly, in the dark, surfacing later.

You mix your metaphors and a seed becomes a lantern glowing, or a flashlight, or a firefly hatching. It becomes the tiny phosphorescent organisms that light up the night ocean. You say a thing that takes you someplace and then the next place, and I hope the thought of the ocean was of some value to this man while he was imprisoned, that it took him someplace or shed some light. Somehow, somewhere he gained a compelling awareness of the sea, from a film, a book, a conversation, an image, a song, or all those things compounding, and it awoke a yearning.

While yearnings are generally considered to be afflictions, they can sometimes be compass needles pointing somewhere, providing direction. They can orient, and to be oriented is to have some coherence, and maybe also to yearn is to hope, if only for the satisfaction of that yearning, and to make your world bigger in some way, even if it’s big with what you do not have. He must have said to himself that he would never see the ocean with that life sentence. What does it mean to yearn for the boundlessness of the ocean while doing life in a prison cell in the center of a continent?

Surely it means pain and a sense of being landlocked as well as locked up. I used to row by the prisoners at San Quentin in a yard facing San Francisco Bay surrounded with high cyclone fencing and barbed wire and wonder if the water gave them some comfort. Mostly they were focused on the basketball games going on, but perhaps proximity to wide-open space offers something even if it’s not noted consciously. I do know my friend Jarvis Masters there took pleasure in the seabirds, so much so his memoir is titled That Bird Has My Wings. That’s what he once told a fellow prisoner in the yard with him about a seagull, to stop the man from throwing stones at it.

To be broken is to reach out, to be open, to be incomplete and therefore to welcome outside in. Maybe a break opens up room for yearnings as reaching beyond.

My friends Patrick and Gent call the Pacific Ocean the Great Mother when they come visit and we look at the sun going down over the Pacific horizon together. I’ve lately had this sense of—her, I might now say—as this great swelling, rolling, pulsing body, this gargantuan power, this place of origin for all life, this generative mystery, this opaque water in which so much is living just out of sight, this churning force that throws up stones, sand dollars and other shells, seaweed, the occasional corpse of a whale or a sea lion, since dying is part of living. Of her as a body of water in that realm where living and elemental forces don’t need to be separate categories, maybe of her as the primordial force in which nothing need be a separate category.

A few weeks ago someone tells me about the Hindu goddess whose name translates as She Who Is Never Not Broken. When I mention this to Arundhati Ghosh in Bangalore, who is well acquainted with that goddess, she responds with, “the whole is finite; in our brokenness we are infinite.” I think she means that being perfect, being whole, means being sealed and shut off in some way, being that complete that needs and welcomes no more. To be broken is to reach out, to be open, to be incomplete and therefore to welcome outside in. Maybe a break opens up room for yearnings as reaching beyond. I can’t speak for this man who wants to see the great mother living and churning and the grave of his own mother, but I think of the way the ocean sings with every wave of her majestic power, of the surface of the earth that is seven-tenths water, so that we dwell on a planet that could be called Ocean rather than Earth.

The ocean itself breaks and another friend, Ana Teresa Fernandez, tells me, “In surfing we say the waves break. You ride it as it breaks. You pray for it to break.” “Waves begin to break when the ratio of wave height/wavelength exceeds 1/7,” says a surfing magazine. That is, they topple from their heights, little rebel angels endlessly falling toward the shore.

Sometimes all the scraps of information that come by seem to cohere into a picture; sometimes a pattern emerges. I yearn for patterns and meanings, since for me a sense of meaninglessness brings on depression. Orientation and purpose and pattern ward it off. A day or two after I read about Mr. Strickland, I read that a Staten Island to Manhattan ferry will be christened Dorothy Day, and so that mystic, social activist, and saint who resided on both of those islands will become a vessel carrying people across the sea. Everyone on the boat will enter into her and then be born from her when she docks on the farther shore. She will be, the news story says, “safer in extreme weather than current ferries.”

Day once wrote, “No human creature could receive or contain so vast a flood of love and joy as I often felt after the birth of my child,” and the word flood seems telling here. The Virgin Mary, who meant so much to the Catholic Day, was called “the chosen vessel,” as if she was a ship or a vase, and also called a tabernacle, as if the life growing in her was her congregation, as though she was a great sacred structure. But the embryonic Jesus didn’t sit in church; he swam in the amniotic waters of his mother’s womb; he was at sea because we are all sea creatures before we are land animals, and perhaps we all yearn for this dark ocean before we knew separation, perhaps it’s an orientation before memory. He was in liquid and then a dry country but at the river Jordan his cousin John baptized him, a rite defined as marking entry into the church. It says everything that you go into the water to go into the church that is also the mother who is originally the ocean.

When the scuttling animals who would eventually generate mammals who would eventually generate our species emerged from the ocean, I read recently, we had to become canteens that carried water with us, and the word “canteen” seemed striking. We land animals are constantly pouring liquids into our bodies that are bodies of water contained in the tiny flasks called cells, a word also used for the locked rooms prisoners are thrust into, and by the sack of skin. We are water walking toward the next drink. Water washes in again to cleanse, so water baptizes us, perhaps every time we come in contact with it, baptized by this glass of water on a summer day, by this shower, by this dishwashing, by this rain, by this swim, but baptized not in that purity that seeks to separate but that immersion against separation, against loneliness. Water is a temple, all this says.

So there is a man with a beloved mother in his past and an ocean in his future and a great deal of clarity about his priorities. May he thrive and be exalted by the spacious beauty of the sea, may he come to the Pacific and look from the sandy edge onto this body of water that covers two fifths of the earth, may it give him some sense of the freedom of untrammeled space, may his imagination be carried on pelicans’ wings, may it reach to the horizon of a clear day, may he walk on the clouds reflected on the wet sand of low tide, may he inhale the salt that is the salinity of the sea that is also the salinity of our blood and our tears.

The Most Scathing Book Reviews of 2021 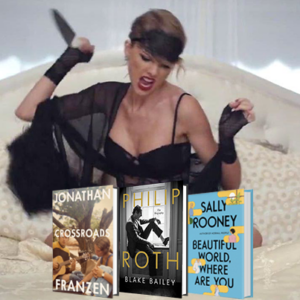 The Most Scathing Book Reviews of 2021 Here we all are again at the end of the world year. Yes, another plague-stricken turn around the sun is in the books...
© LitHub
Back to top