Hope, Joy and Rage: One Year Ago at Occupy City Hall

The protests that emerged last summer after George Floyd’s murder began with rage. I can’t breathe, an indignant plea turned mournful mantra shot through the streets of America—I recall thinking that this would be how I remember the summer of 2020. Not just by the anger that sought to bring an old world to its knees, but the bodies, slick and mutinous, of a determined generation trying to wrest back control of its destiny.

From within this rage, so too was there joy: It was a summer of gospel congregations spilling onto sidewalks; cavalries of bikes moving through the streets as if storming some invisible parliament; BBQ smoke and block parties and the ceaseless hiss and bang of fireworks willing the fall of the ancien regime.

Taking it all in, I couldn’t help but recall Rebecca Solnit’s words in A Paradise Built In Hell.

For the past twenty years, U.S. radicals have been speaking of ‘the politics of prefiguration’: of the idea you can and must embody whatever liberty, justice, democracy you aspire to, and in doing so in yourself, your community, or your movement you achieve a degree of victory, whatever you do beyond that. Thus political demonstrations around the country have become less like complaints and more like celebrations.

The summer of 2020 was a fusion of the two, making manifest not only the direct politics of rage, but of joy. And at that juncture, we had been sequestered for months in our pandemic prisons, so it was no wonder why both were felt so acutely. And both manifested in unique ways at Occupy City Hall, the occupation/protest that came to a head almost exactly a year ago, in an effort to change the make-up of the New York City budget (all photos below by Angela Rose Brussel).

“If you were protesting against alienation, isolation, and privatization,” continued Solnit, “festivity in public didn’t merely demand, but cultivated and reclaimed what was at risk.”

A year later, there is no doubt we can say with authority that there was a demand. Whether or not we will achieve reclamation is yet to be seen. But if ever there was a moment that foreshadowed its reality, it was the summer of 2020 and it was exhilarating. 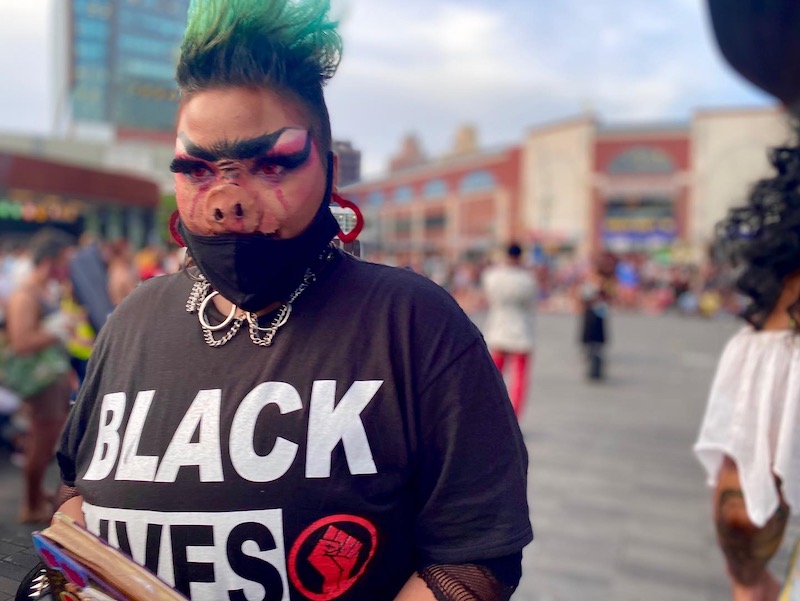 “This is drag and it’s fun, but it’s still a protest. Let’s not forget that.” Nearly one month into the uprising, the queer community mobilizes at Atlantic Avenue Barclays Center to protest in drag. The hushed, candlelit atmosphere of previous nights is supplanted by rageful determination. 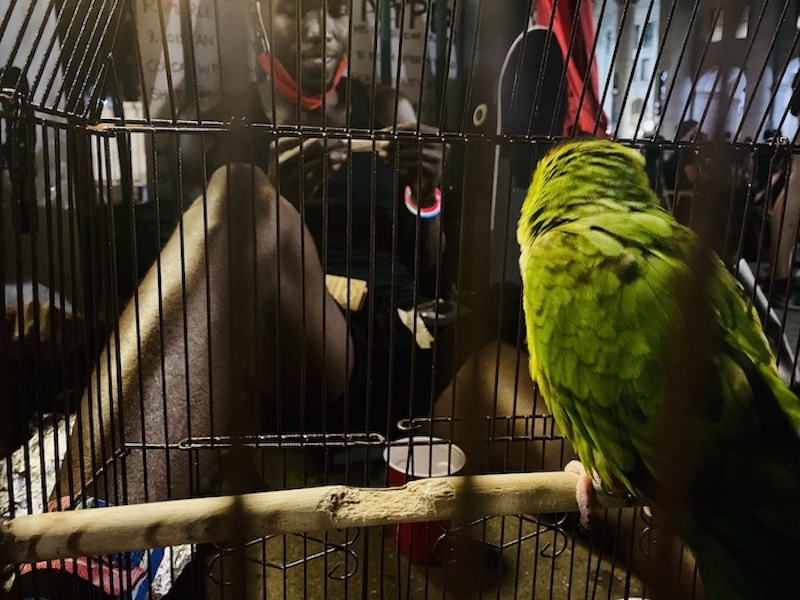 D’angelo Elijah from Trinidad and his parrot Spunky settle in for the night at the height of the occupation’s optimism. “This feels like a stimulant. I feel very open here because we’re past the anger. Now it’s time to come together, mingle, and intertwine. The marches are a force, but the sit-ins are where the teachings happen. The sit-ins are where the lessons are learned.” 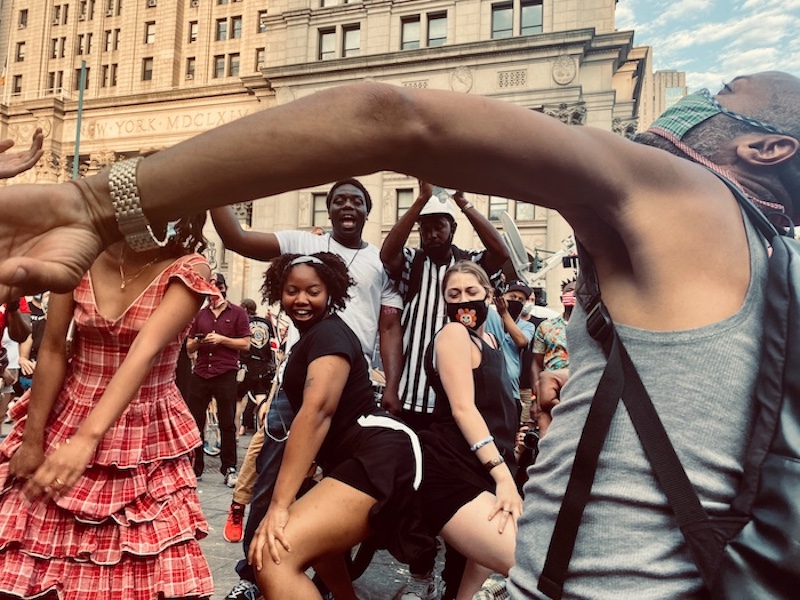 “We’re definitely going to get into politics, but before that, I want us to dance together.” Dance-offs begin at City Hall. 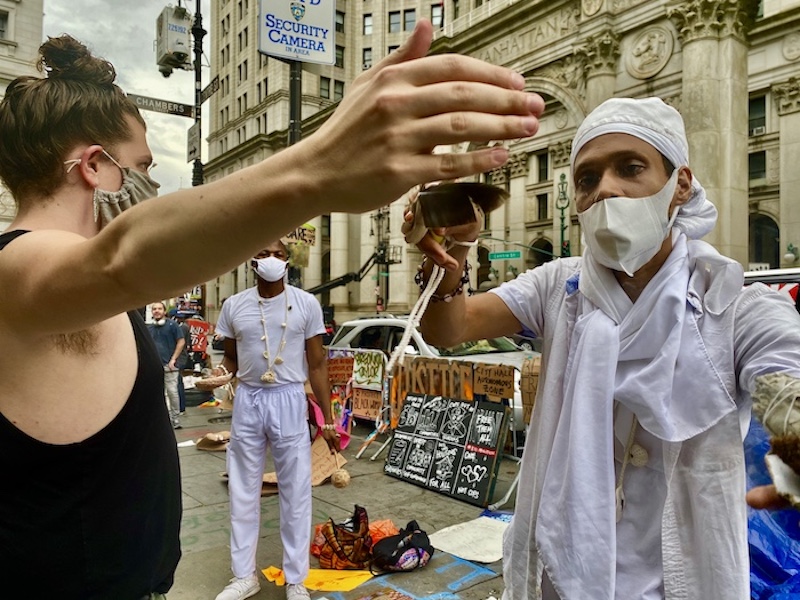 A smudging station is set up at City Hall in an effort to restore the vitality of those who are beginning to suffer from activist burnout. Smudging is the practice of burning plant material to purify space and energy. 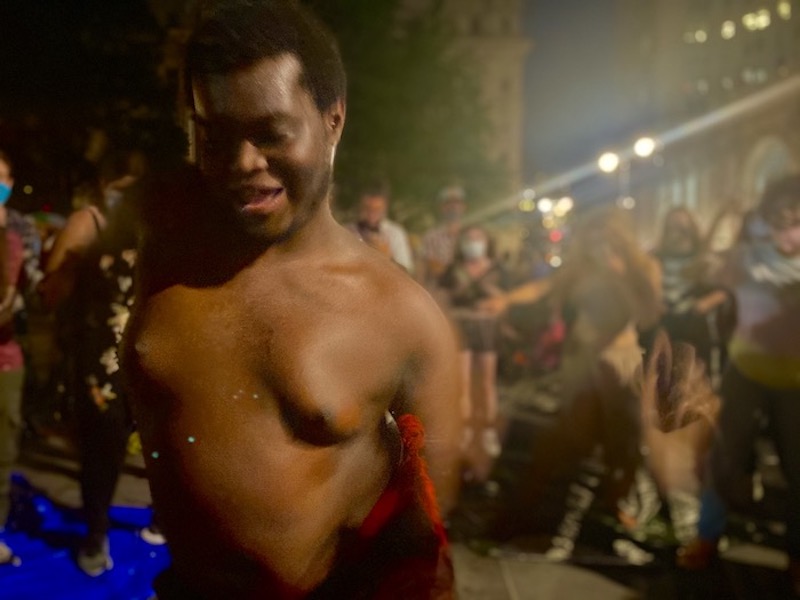 Fela Kuti, Nina Simone and the like boom through the crowd as spliffs are passed among throngs of gyrating hips. 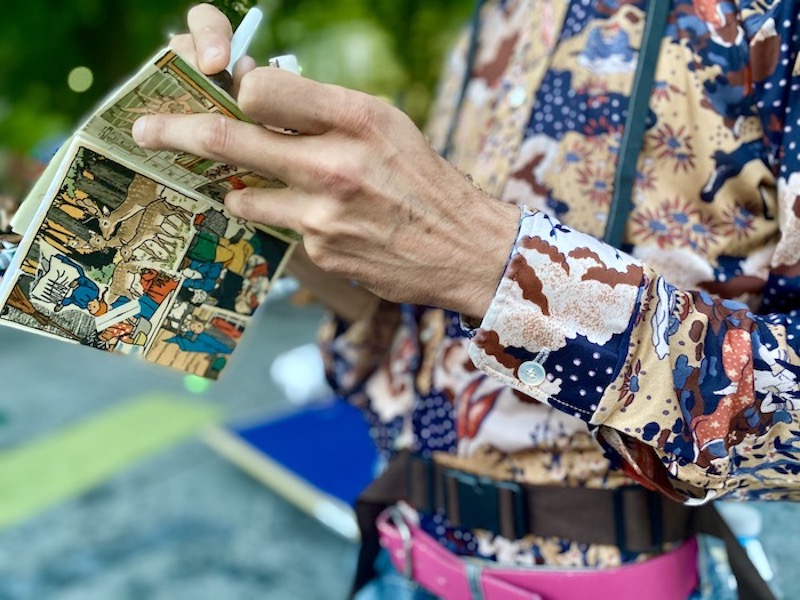 “I’m happy to be a garbage man for this new model society.” 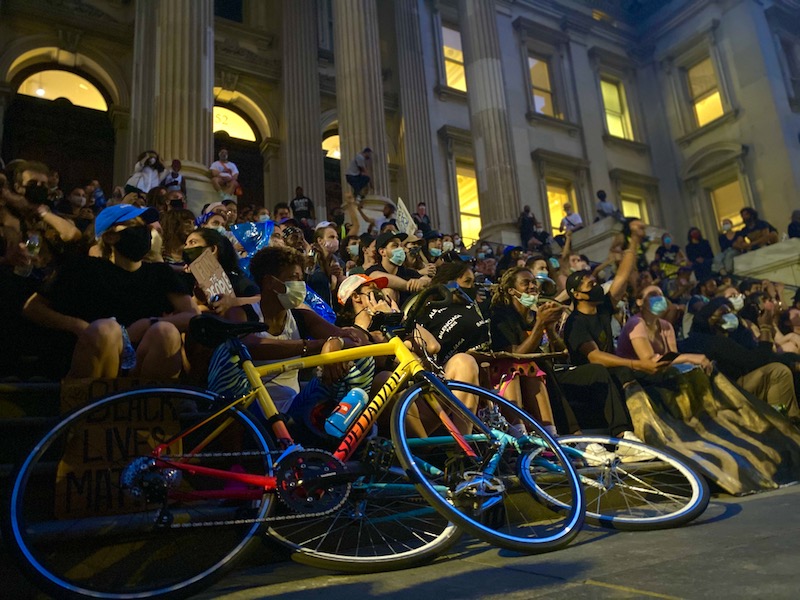 Activist group Street Riders NYC led mass bicycle protests all summer in nearly every borough. The bike brigade pictured above, riding from Brooklyn to LES, is part of that collective. 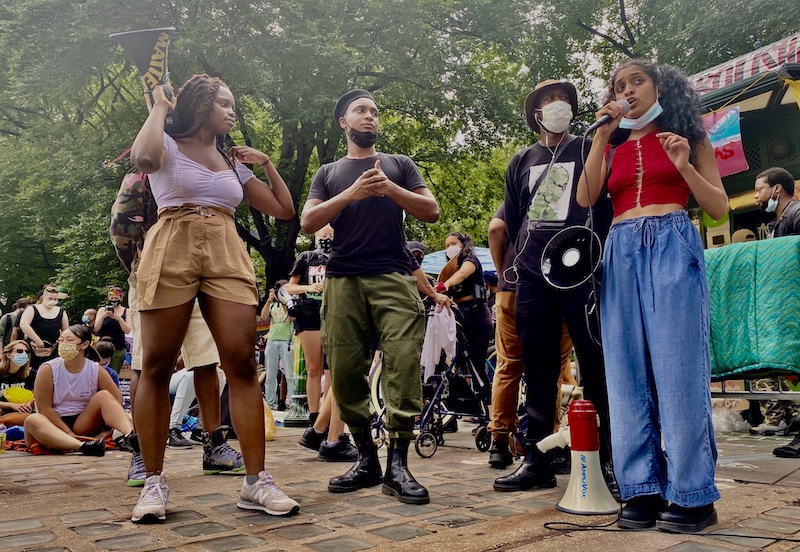 “There is reading and there is violin and you’re chilling and camping with your toes in the grass three hours before the vote. This isn’t Coachella. This isn’t fucking Woodstock. We want 50 percent of that giant ass budget gone. And we want it gone now.” Activist group Warriors in the Garden address protesters and occupiers at City Hall on budget reveal day; dissent regarding the parameters of insurrection begins to surface. 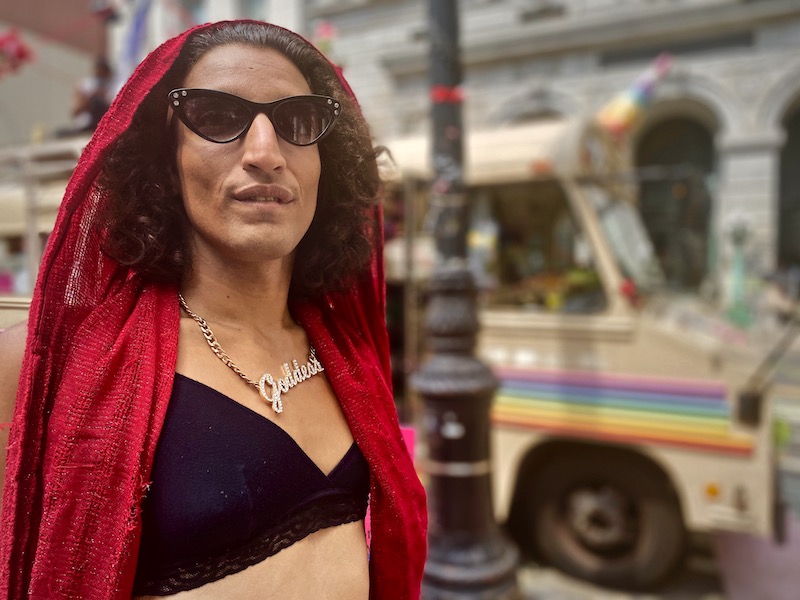 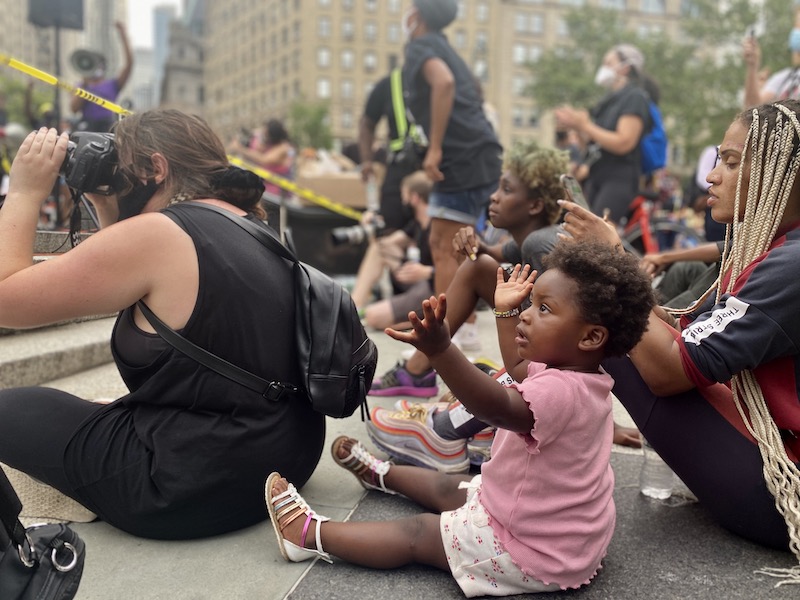 “We are here today to say fuck bitterness,” says the speaker, a Black trans activist, at Manhattan’s Thomas Paine Park. “We are here for joy.” 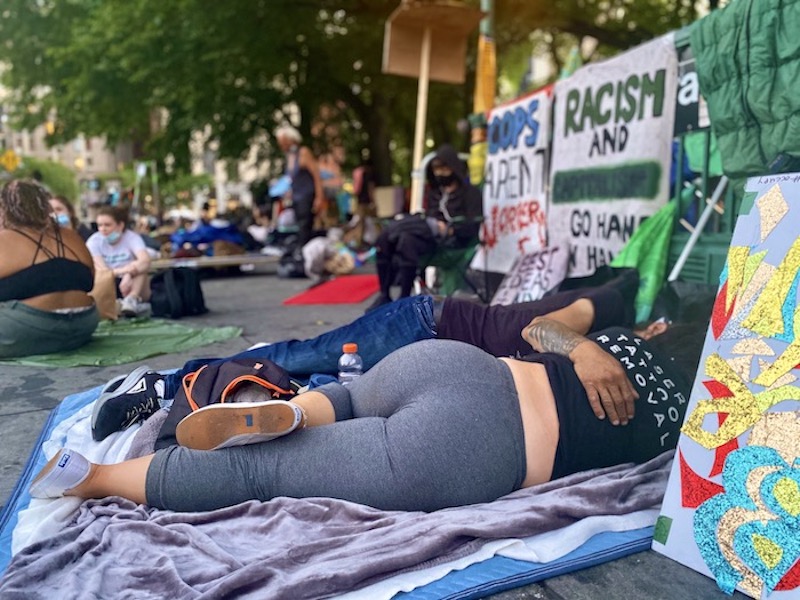 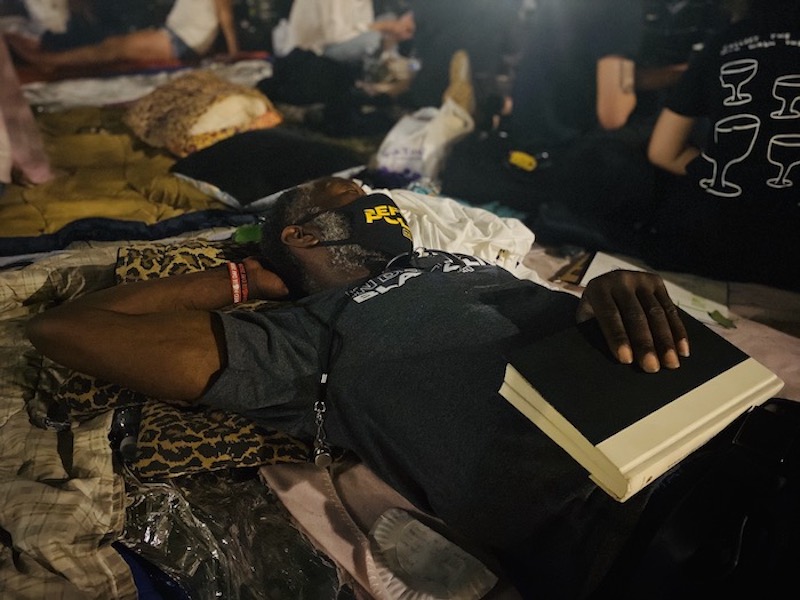 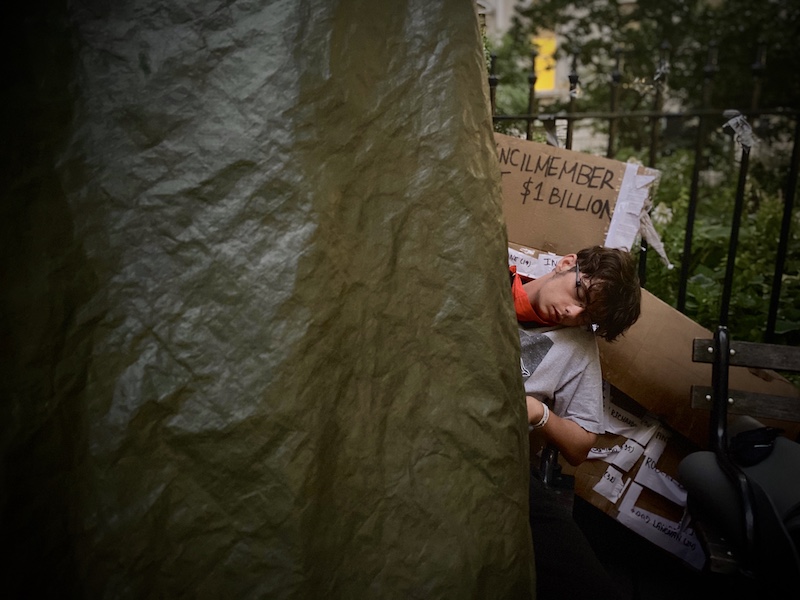 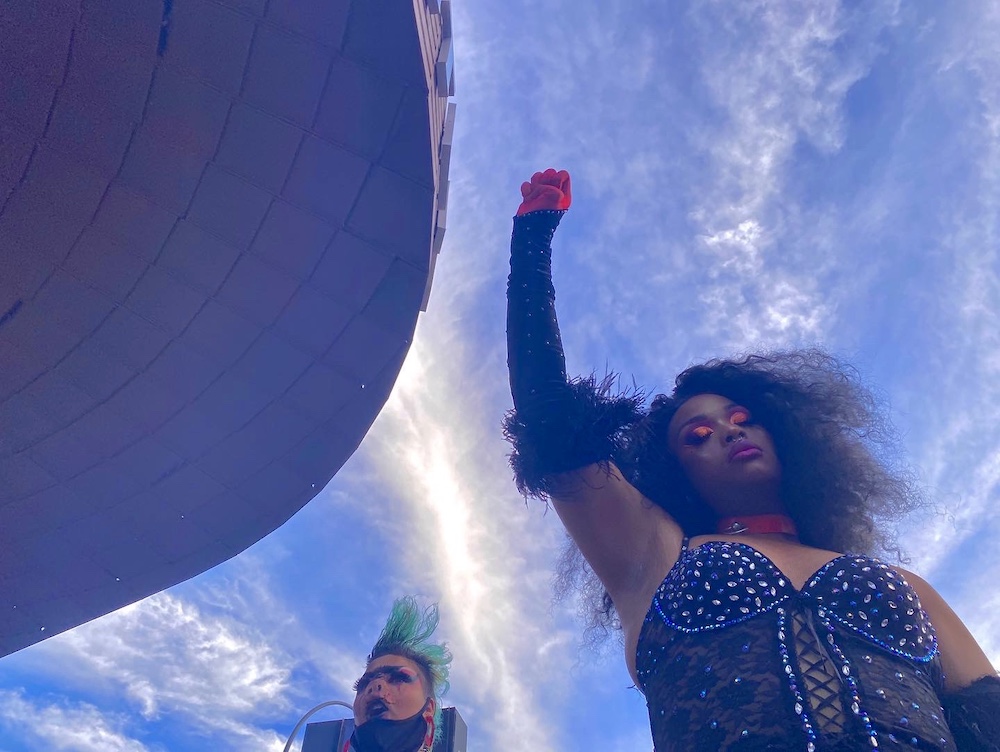 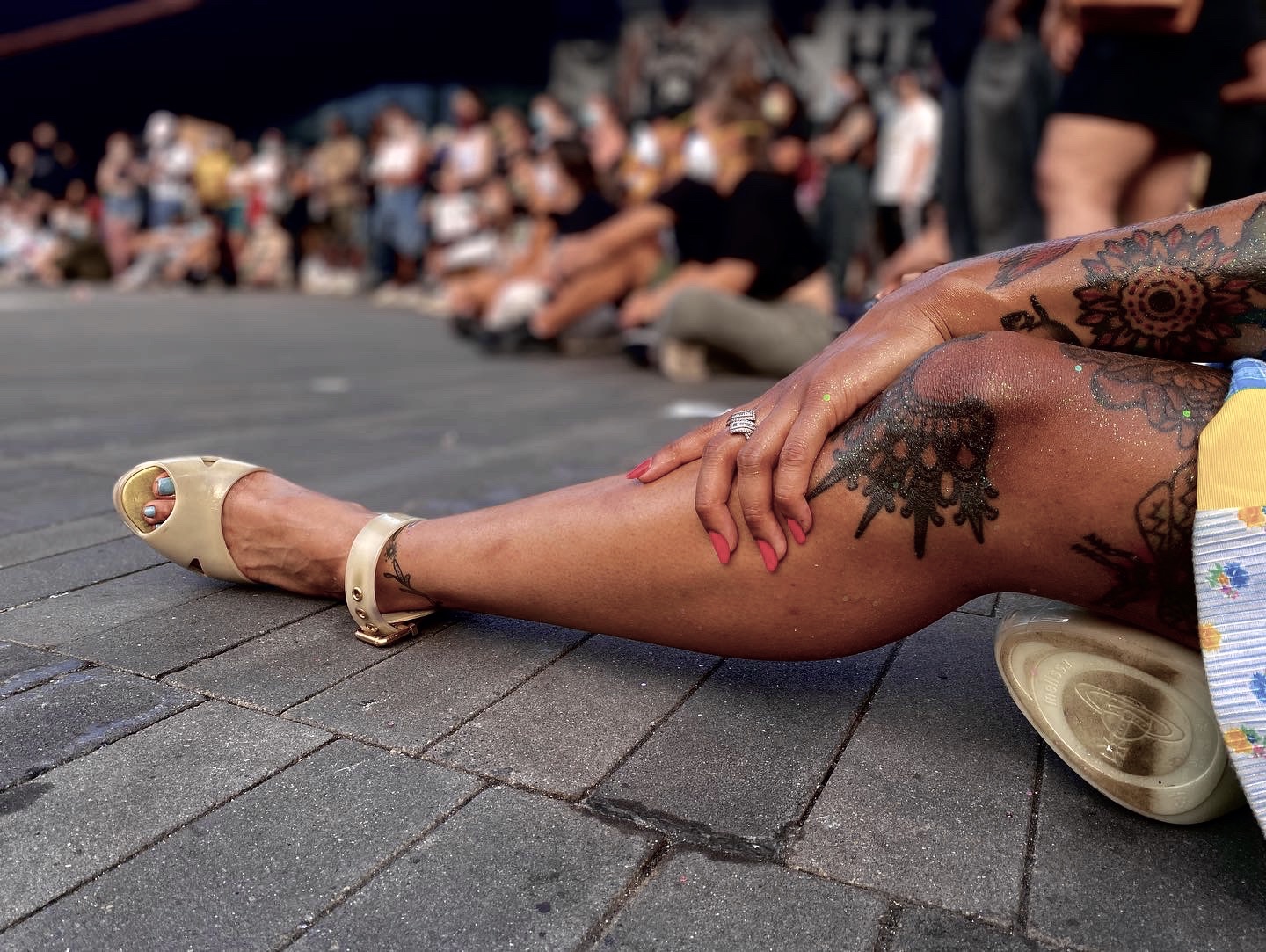 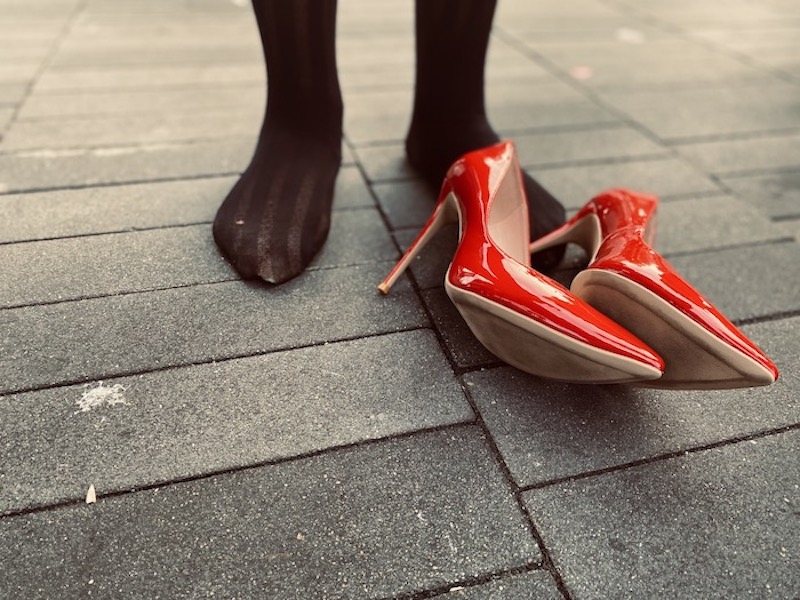 Angela Brussel is a writer based between Brooklyn and Beirut whose non-fiction and fiction have appeared in New Statesman, Catapult, The Awl, Nylon Magazine, Electric Literature, and The Wrong Quarterly, to name a few. Her website is here​.

On the Unbearable Whiteness of Mainstream, Canonical Southern Literature 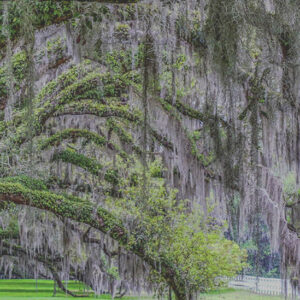 On the Unbearable Whiteness of Mainstream, Canonical Southern Literature The first white-authored southern novel I read when my family moved from Michigan to Tennessee was Olive Ann Burns’s Cold...
© LitHub
Back to top
Loading Comments...