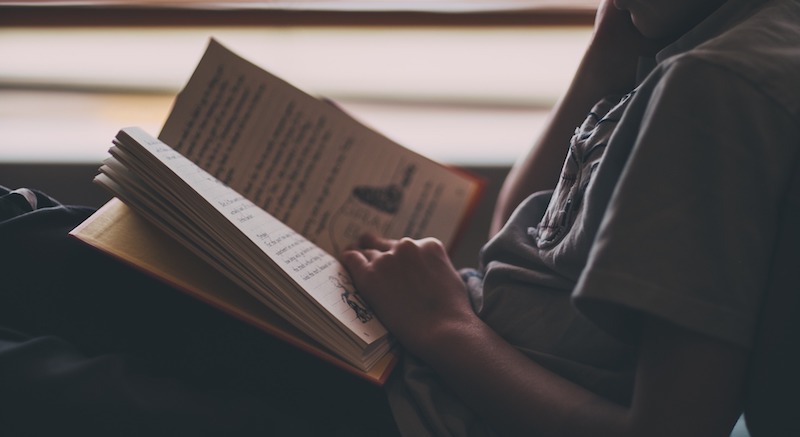 Hook the Reader and Hold Them: Why More Writers Should Study the Lessons of YA

Donna Freitas on the Importance of Experimentation

It isn’t until page 31 of Donna Tartt’s The Goldfinch (hardback edition) that the bomb goes off in the museum, setting in motion all that comes later for Theo Decker, accidental art thief at the tender age of thirteen. Tartt’s pages are dense, too. Small, closely packed words.

You might be thinking, Why, that’s very early for a bomb to go off in a novel!

I wonder instead: Why did Donna Tartt wait so long to blow up that bomb? In YA, this likely would have happened by page two. Definitely by page five. In YA pages, less dense and with bigger fonts, Donna Tartt’s page 31 is more likely around page 65.

When you write for children and young adults, the baseline assumption is that a lot of kids are reluctant readers, and even those who aren’t, need to be pulled in to a story quickly and definitively. There is a lot of talk about grabbing a reader early and holding them, how to keep them reading by using every tool in your novelist’s toolbox: gripping first lines, use of strong, first-person voice, unusual structure, humorous lists, quick chapter breaks, clever chapter titles and interstitials.

See John Green’s simple but effective use of the countdown, in Looking for Alaska. “One hundred thirty-six days before” it begins, the countdown continuing at each section break, a device that builds so much anticipatory dread it’s difficult to put the book down. Checkout E. Lockhart’s hilarious use of chapter titles in her Ruby Oliver series. The Treasure Map of Boys kicks off with, “I Am Not Always a Good Friend,” and The Boy Book with “The Care and Ownership of Boobs.” What teenager (what adult for that matter) could resist such tantalizing openers? Or what about Alex Sanchez’s protagonist Paul informing us that “The church should stay out of people’s pants,” as a beginning in The God Box? Immediately, we get to the heart of what’s to come for Paul.

Let the (young) reader know the stakes right away, in other words.

As an adult for some time now who is also an avid reader, I can still appreciate a novel that hits the ground running, that endeavors to pull me in early. But I don’t think this discussion about grabbing the reader and using all the tools you can to do so is really about attention spans. I think it’s about art, about storytelling itself, the value and care one takes to craft an invitation for a reader to enter a story. Within children’s literature, mastering that invitation is, quite literally, an artform in its own right.

When you write for children and young adults, the baseline assumption is that a lot of kids are reluctant readers, and even those who aren’t, need to be pulled in to a story quickly and definitively.

In YA, you can’t be afraid to play, to push, to crack open the structure, to step through that magical wormhole that puts the storytelling above all else, that lets you break from reality if need be, that teaches you to let the urgency of a protagonist’s needs, desires, the conflict they face, appear on page two (or even better, page one). You put everything you’ve got to work—toward the end of world-building, character-building, plot-building, tension-building. Get a story to move and move fast, get to the heart of things ASAP, and you can do whatever you want from there. Absolutely anything. The sky is the limit. That’s the theory, at least.

Writing YA is one big experiment, like adolescence itself. You try on all sorts of styles—romance, fantasy, contemporary—reinventing yourself and your approach to storytelling again and again. In YA and children’s, unlike like with adult, we do not discriminate according to genre, diving things between the “literary” and all else, what the adult world seems to categorize as lesser genres. Everything goes into the same pot, and all YA and children’s novels can be considered for awards and prizes, a tendency that empowers us to try on lots of styles and genres because, why not? Some things work, some things fail. You likely write a book a year. Maybe two. At some point, you’ll probably engage in the arduous work of writing a series or one of those infamous trilogies. The thought being that children and young adults will read through everything you’ve ever written once they’re hooked. Just think of yourself as a young reader, the way you’d read a single novel fifteen times as though for mastery, and afterwards read anything and everything by that beloved author. If there is one thing that differentiates writing YA from writing for adults—and there isn’t much these days, aside from the age of the protagonist—it’s the pace of it. You can’t be precious about anything—your motto has got to be butt in chair because you’re on deadline.

These lessons combined with the breakneck pace of children’s publishing, have taught me to be unafraid, scrappy, even a bit ruthless as a writer. I will cut a chapter to the quick, in my effort to leave behind only the exact words necessary for the story I’m trying to tell. Or I will allow a character to ramble and ramble some more, babbling and burbling up word upon word toward the end of constructing a voice. I will take a hammer to a novel and then put it back together, piece by piece, if that’s what seems required. I will fiddle with titles, section breaks, chapter breaks toward the end of pacing. If something doesn’t work, there’s always a next time and that next time will probably be soon. Likely, the moment the last novel you wrote goes into production.

If there is one thing that differentiates writing YA from writing for adults—and there isn’t much these days, aside from the age of the protagonist—it’s the pace of it.

I applied these lessons from YA when writing my debut novel for adults, The Nine Lives of Rose Napolitano, about a woman who doesn’t want to have children, but whose marriage has come to rest on whether she’ll change her mind. It’s not like I had a choice. I learned to write by writing YA. On page one, Rose (my protagonist) has just had a baby. By page three, another version of Rose (there are nine total) is fighting with her husband about her refusal to have a baby, and by page 25, this Rose is getting divorced. I think of each chapter as a kind of fishing expedition: regardless of who my audience is meant to be, my job is to hook the reader again and again. The payoff of things like plot, voice, and engaging structure is lavish amounts of time and space to do the internal work of character-building. To coax the reader into places they might not otherwise be willing to go. To find a way to say all the things you never thought you’d be allowed to say and get away with it.

One of the very annoying things about writing for kids and YA in particular, is that people condescend to you all the time. All sorts of people, but lots of other writers. You get this question a lot: “So do you think that one of these days you’ll want to write for adults?” As though writing YA is somehow lesser, a training ground where eventually you might graduate into the better, more prestigious world of adult novels. (Insert me rolling my eyes here, yes like a teenager.) People don’t seem to realize that it’s insulting—it communicates a person’s belief that children’s literature has nothing to offer writers for adults in terms of craft.

But I’ve come to think of this attitude as the biggest of missed opportunity for a writer of any sort. Shunning the best of YA, and middle-grade (MG) too, amounts to missing out on some of the most useful craft lessons a writer can hope for in their literary lifetimes.

Good storytelling has the power to change the world, and I don’t care if that sounds cheesy. Writers—whether they are writing YA, MG, or adult—write in order to connect; to be a little less alone in the world and to let our readers know that they are not alone either. The first draft of a novel may be written for ourselves, but those later drafts are on behalf of our audience. We must think of our readers, because knowing they are waiting will draw the best from us, will require us to dig deep into our novelist’s toolboxes to engage them. And when you take the time and make the effort to establish a connection early, you earn the freedom to later go and break all the rules of novel-writing and do the things with story you didn’t think you were allowed to do. 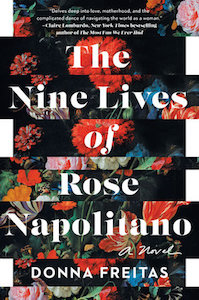 Donna Freitas is the author of Consent: A Memoir of Unwanted Attention, as well as books for young adults. Donna has written for The Washington Post, The New York Times, and The Wall Street Journal, and has appeared on NPR and the TODAY show. She’s on the faculty at Fairleigh Dickinson University’s MFA program and lives in Brooklyn and Connecticut. The Nine Lives of Rose Napolitano is her first adult novel. 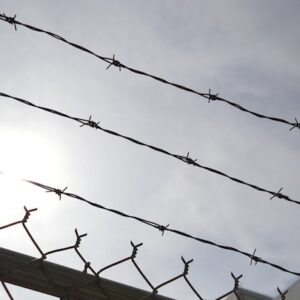 As of 2019, the United States has less than 5 percent of the world’s population but 25 percent of its prison population. In...
© LitHub
Back to top
Loading Comments...