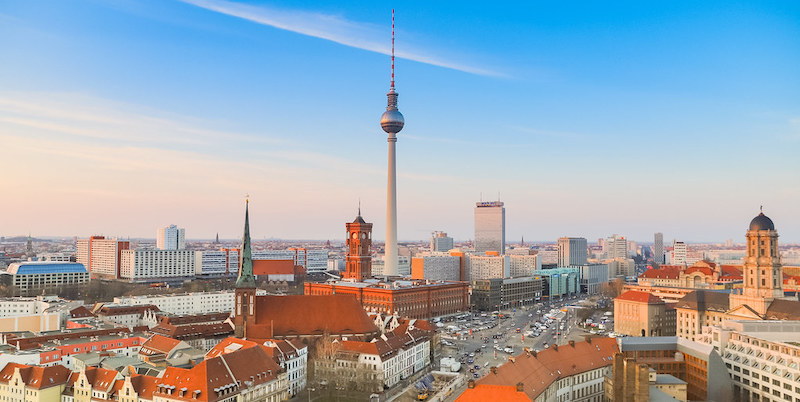 History, Conflict, and Myth-Making in the Cityscape of Berlin

Kirsty Bell's View from Her Window

I had been living in Berlin for almost fifteen years already when I moved with my family from East to West across the axis of the city, into a typical late 19th-century apartment building on the banks of Berlin’s Landwehr Canal. A building with its feet in the west but looking east, across the water’s glassy surface, toward the historical city centre. Along with a change of perspective, this move brought with it a return to the irregularities of working from home. When we lived in our old apartment, I had rented a separate ground-floor room in which to work. In this room, just big enough to fit a desk, with a single window facing the street, I could extract myself from the daily entanglements of domestic life and focus on the singular task of writing.

In our new apartment, working from home once again, I struggled to summon the discipline to write amongst the countless distractions of home and family. At various points throughout the working day, I would find myself in the kitchen, looking out of the window while waiting for the kettle to boil. The kettle is strategically positioned on the marble work-top, between the sink and kitchen window. The cups, tea leaves, coffee grounds and filters are all in the drawers below. I can prepare my cup of tea or coffee and organize my interlude without moving more than a pace or two away from the kitchen window. A quick glance outside reveals a broad sweep of sky, assorted treetops, and a heterogeneous patchwork of Berlin’s buildings leading to the horizon. These breaks for cups of tea or coffee, this looking out the window, became habitual motions, refrains that interrupted the working day. But the more I looked out of the window while waiting for the kettle to boil, the more I realized that the view from this new apartment did not just form a pause. It was also material, a riddle looking for an answer. This place in which I found myself began to insinuate itself so deeply into my thoughts that it became my subject matter. 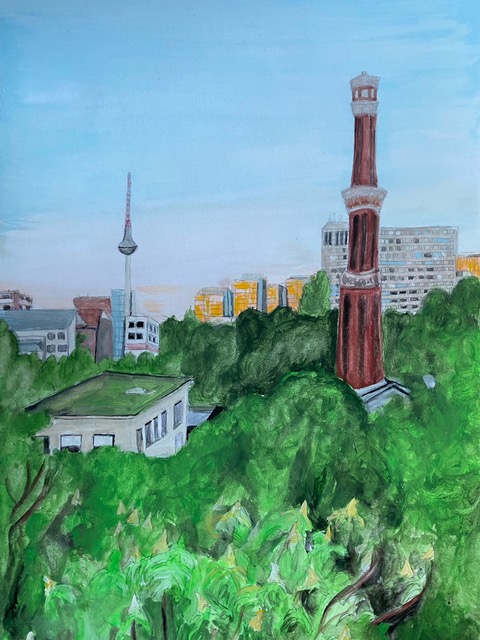 The view from my kitchen window entranced me, drawing me towards its offer of an accidental piece of history. Piece by piece, I began to research all the different elements contained by the crop of this window frame: the Landwehr Canal, the Anhalter Bahnhof, the TV Tower blinking in the distance. Gradually a patchwork history of the city began to form. It made sense of the things I could see, but also of that which was no longer there—of the downward pull that tugs the atmosphere of Berlin, a feeling that seems to come from the past, from things that are invisible. And so I set myself the task to write a portrait of the city—an impossible task, perhaps, but the house seemed somehow to suggest it.

I began thinking about my kitchen window as an eye—or an eye-witness—and of the building as a sentient being. What would this window have witnessed during the century and a half that the house had been standing here on the banks of the Landwehr Canal? Just as the figure at the window became a recurrent refrain in the passage of my working days, so the window frame itself became a vital method of orientation in my writing: an anchor to keep my research on track. When I strayed too far, I would click back to the facts that my window’s view presented. One hundred and fifty years of Berlin’s urban, literary, social history from the perspective of my Altbau. A close reading of the cityscape.

The inhabitation of the present always contains traces of the past.

A female figure at the window, seen from the back and looking out, motionless at this threshold. The body is separate from its thoughts, as the inside is separate from the outside. In the building’s vernacular, the window is the cut. A pivot between the isolated self and an exterior full of associate complexity. A figure seen from behind serves as a surrogate through which the viewer can experience what the figure itself is witnessing. The Rückenfigur, as it is known in German, is a compositional device particularly favoured by the romantic painters. Caspar David Friedrich, born in Germany in 1774, was one of the most well-known artists to employ this motif. In his painting Frau am Fenster (Woman at the Window), 1818-1822, a woman stands at the window, her back to us, looking out at a boat that we can’t quite see. The wood-panelled interior of the room and the gentle folds of the woman’s long dress take up most of the canvas. She has opened one shuttered casement and leans out slightly. Through this aperture and the window’s upper glass panes, we can see the tall slender mast of a sailing boat. The viewer of the painting is invited to look beyond the interior into the outside world, just as the woman does. We do not see the woman’s face. We are not looking at her. Instead we are looking with her, seeing what she sees. She is not the painting’s subject, and nor is the boat. The work is about her subjectivity; it is about her act of looking. The painting’s subject is her longing.

In the book that evolved from my research, titled The Undercurrents. A Story of Berlin, I am the female figure at the window, but I am not the book’s subject. Rather, I use this motif as did the romantic painters, as a self-conscious device. I use it to set up an explicitly subjective viewpoint as a way through which to experience a particular history of a particular place. A place whose history is most commonly narrated through the lens of militarism and conflict, through large-scale events and past perspectives. Not only does the window frame the content of my narrative, therefore, this subjective viewpoint itself is a narrative framing device that allows the reader to inhabit my subject position. The book is non-fiction but it has an autobiographical framing and, most importantly, it is situated in the present day. My own personal experience of habitation in this city is layered into that of my building’s previous inhabitants, alongside artists, writers, political activists, landladies, and architects local to my area over the previous 150 years. It examines the unseen aspects that lie beneath Berlin’s dominant military or ideological narratives, and actively seeks out a female perspective. The city is portrayed as a living structure, and inhabitation as an immersive and embodied experience. But it also describes how different temporal identities are held in the same physical space and overlap disconcertingly. The inhabitation of the present always contains traces of the past.

The view from my window is marked by disappearance in a city marked by disappearance. In all cities things are lost as times and needs and people change, but in Berlin the changes were violent, extreme, and mostly politically motivated. Even before the Nazis’ rise to power in 1933, Berlin’s history is full of loss. Since the twelfth century, war, famine, disease, and political takeover repeatedly decimated its population and architecture. By the end of World War II, half of its pre-war population had been killed, imprisoned, or had fled; its city centre was nothing but wreckage and rubble, and almost all of its trees had succumbed to either fires or the dire need for firewood. Later, in the immediate post-war years, thoroughfares became cul-de-sacs, and families were split apart, as an arbitrary line was drawn through its street map by the opposing forces of the cold war. A zigzag track of fate marks the history of Berlin, used as a political pawn for opposing ideologies, each one leaving a new scar on its built up surface. When the Wall fell in October 1989 following months of demonstrations, what remained was a patchwork topography of intermittent wastelands and forgotten pockets of space that seemed to plot out, literally, the potential of a city still unfinished, undefined, open to change and open to anyone. No one knew what it would become.

I was lucky to arrive in Berlin when I did, moving here from New York in 2001. When we wanted to move to a new apartment, we just opened up the local paper and found dozens of affordable options from which to pick and choose. In the years after German reunification, however, parcels of land were sold off hastily to the highest bidder, with no concern as to how the city might look, feel, or function once the cranes had evacuated the skyline. They left behind them static rows of opportunistic architecture, unremarkable and unaffordable, in which we were supposed to live. Now, like so many other cities, living space is a scarce and overpriced commodity. It was only once the potential that Berlin had seemed to offer began to feel exhausted that I started to ask questions about the nature of this place. Here, the view from almost every window speaks of history, conflict and destruction, of political ideologies and myth-making. Of opportunities and opportunities missed.

It took me five years of investigation to plot out my portrait of the city, but its completion involved another irony. I couldn’t actually write about the view from my kitchen window while working from home. Instead, I would ride my bike every day across the park and relocate to another little rented ground-floor room. Once again I could extract myself from my domestic realm with all its entanglements and responsibilities. When I left my apartment, got on my bike and rode across the park, all of that contingency fell away and I could simply be a mind set to a singular task. But there is another important factor. In this other room, the windows had been made opaque with a thin coating of butter milk. I could not look out. Passersby could not look in. These were windows without a view at all. It was only here that I could immerse myself to the necessary intensity, reach the necessary saturation in thought, to be able to write this subject. The view out of this window too is, after all, Berlin. 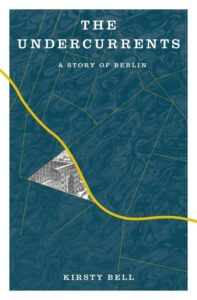 The Undercurrents: A Story of Berlin by Kirsty Bell is available via Other Press.

Kirsty Bell is a British-American writer and art critic based in Berlin. She has published widely in magazines and journals including Tate Etc. and Art in America, and was contributing editor of frieze from 2011 to 2021. She was awarded a Warhol Foundation Grant for her book The Artist’s House, and her essays have appeared in more than seventy exhibition catalogues for major international museums and institutions such as the Whitney Museum of American Art, Stedelijk Museum Amsterdam, and Tate, UK. 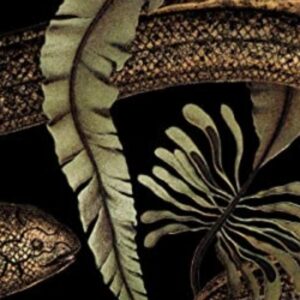