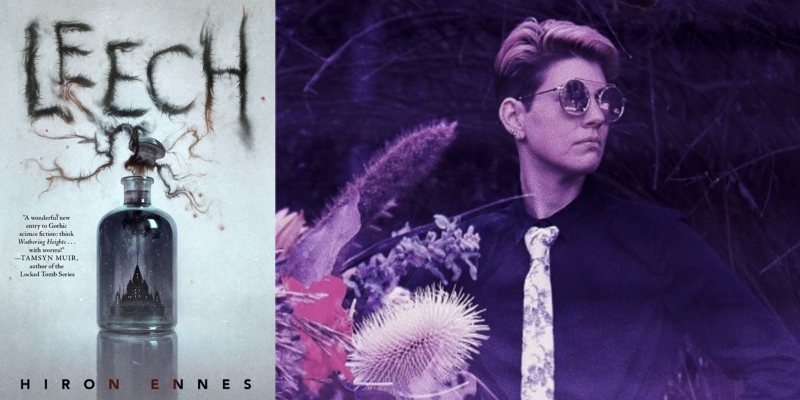 In Conversation with Brenda Noiseux on the New Books Network

Surreal. Emotionally complex. Atmospheric. Soft sci-fi. Body horror. These are all words that have been used to describe Hiron Ennes’s debut novel, Leech.

For hundreds of years the Interprovincial Medical Institute has been taking root in young minds and shaping them into doctors, replacing every human practitioner of medicine. Now, in an isolated chateau, an Institute’s body will discover a competitor: a new parasite is spreading.

Competition isn’t limited to the parasitic creatures alone; the cast of human characters reveals how well-meaning and monstrous they can be as well.

“My goal was to explore the relationship that a parasite might have with its own host if it was trying to be a mutualist, if it was trying to be beneficial to both species. And then as the book went on, the other characters revealed to me the way that they parasitized each other interpersonally in the way that the extractive economy and the resurrection of this capitalist mindset is a parasite on the landscape itself.”

Brenda Noiseux: How did you evolve into it’s not enough just to have one parasitic organism, we need to have another one?

Hiron Ennes: I kind of wanted to explore the ways in which this sentient hive mind parasite would view itself, because essentially it is occupying a whole bunch of human brains. The chemistry of human brains is so complex and so intricate and so much bigger than the sum of its cellular parts. My thought is if I’m a parasite using a human brain to interface with the world, then the physiology of that interface will necessarily affect the way that I adapt and that I think of myself. So I wanted to have dual parasites because I wanted to have a sort of mirror held up to it and explore the different ways that parasitism can appear.

BN: How much hard science was in your brain kicking around as you were writing this book? What stopped you from not putting more of the science in?

HE: That’s a great question. Part of it is laziness, and part of it is that I really did sort of want this to be a bit surrealist, fantastical situation going on. And frankly, I don’t think that a lot of what happens in the book could truly happen. If I devoted myself to realism and hard sci-fi, I don’t think I would have been able to tell the story that I wanted to tell.

BN: Many of the characters in this book each have their own traumas which add these different layers of complexity to everyone having their own internal struggle. How hard was it to choose those different traumas for each of those characters and then kind of weave them back into a full plot for the book?

HE: I can’t tell you much, except that it was hard. There’s a lot of the book about how different people respond to different traumas. Every brain has its own way of adapting. And not only are we shaped by our experiences, but also our neuroanatomy and our genetic predispositions and our own, you know, internal processes that we honestly are only beginning to fathom.

BN: Did you write the characters and they expressed their kind of trauma to you? Or did you go old school and spreadsheet? Or maybe, like that meme with the red yarns on a pin board?

HE: I would say that it’s very much a red red string on a pinboard situation with me. I wish I could do spreadsheets that well, but I have this habit, especially for worldbuilding stuff, I do a lot of notes. I have like a fully separate document for everything that is just like notes, timelines, sometimes family traces of necessary linguistic stuff, in this case some science stuff.

BN: Everyone’s kind of battening down. This idea that not only is the outside world inhospitable, the people that you are going to be trapped inside with are not quite hospitable as well. It feels like for these characters, it’s just as dangerous inside as it is outside.

HE: It’s kind of one of the staples of horror. You know, the call is coming from inside the house.  Being trapped, being snowed in is terrible, but being trapped with the very thing you want to escape is a thousand times worse.

Hiron Ennes is a writer, musician, and medical student based in the Pacific Northwest. Their areas of interest include infectious disease, pathology, and petting your dog.

What Gandhi, Mandela, and Martin Luther King Can Teach Us About Living a Committed Life 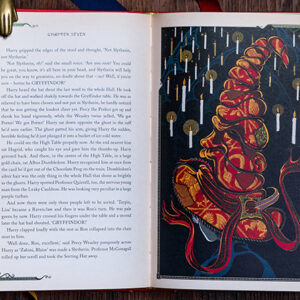