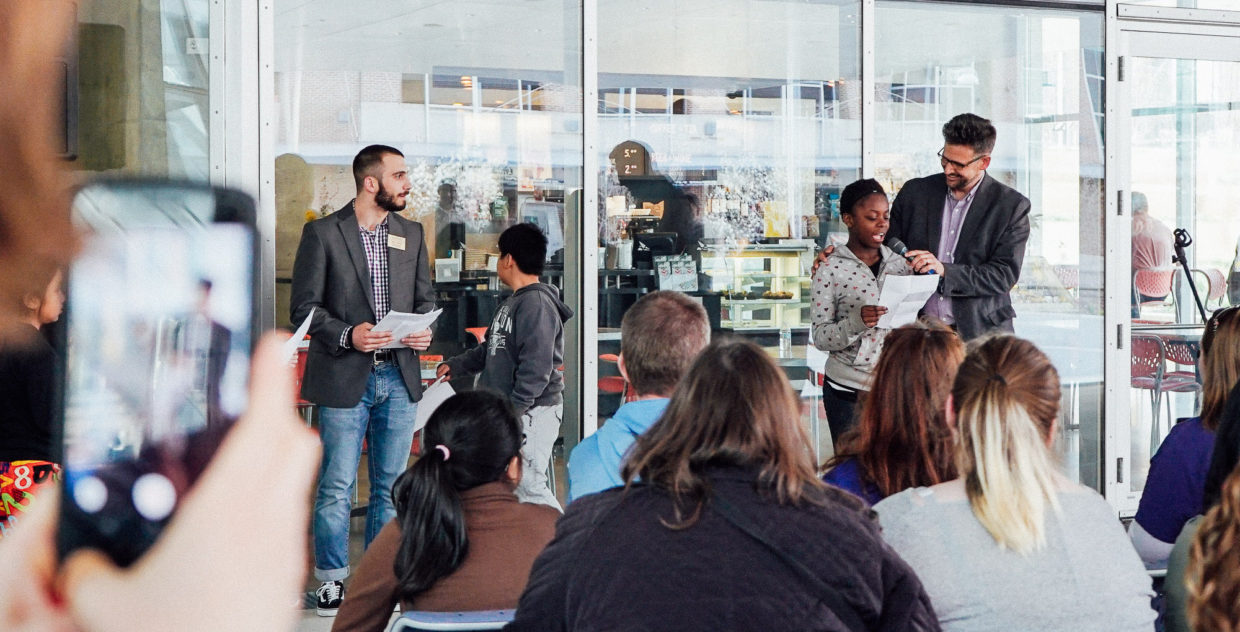 Highlighting the Writing of Refugees

When Luwela Esube fled the civil war in the Democratic Republic of Congo in 1996, he didn’t expect he would live the rest of his life in Akron, Ohio. After living in a refugee camp in Tanzania for 20 years, Esube was resettled in Akron on June 8, 2016. He’s lived there ever since. “There was no way to go back to my country,” he says. “To come to Akron was not my choice.”

After moving there, one of the first things Esube wanted to do was improve his English. He enrolled in classes at the International Institute of Akron that taught English to immigrants. The instructor was David Hassler, Director of the Wick Poetry Center at Kent State University. In the class, Hassler taught Esube, along with many other refugees and immigrants, how to write poetry. It was Esube’s first experience writing a poem. “To write poetry for the first time was not really for me, because [I’d never done] it before,” he says. “But through the initiative and skills learnt during sessions with David Hassler, I was able to write my first poem.” Before the class, Esube says he would never have imagined himself as a poet. “Really, I didn’t expect this to happen in my life, but after being initiated, I found out that nothing is difficult in life if you are [motivated] and keep on trying.”

Now, Esube’s poems, along with many other’s, are on display as part of an exhibit called Traveling Stanzas: Writing Across Borders. Hassler and his team at the Wick Poetry Center conceived the exhibit with funding from the Knight Foundation. Its purpose is to give voice to the large community of refugees and immigrants that have resettled in Akron over the last several years. “In Akron, we feel that we’ve had an opportunity to tell a fairly positive story, because the Akron community as a whole has embraced these newcomers,” Hassler says. The city has seen an influx of volunteers stepping up to help out in English classes, after-school programs, and more. “I think our project has been met with such enthusiasm because it outwardly affirms the spirit of goodwill that so many people feel in those communities, and want to tell as a national story,” Hassler says.

Traveling Stanzas is an interactive digital exhibit. It uses videos, applications, and recordings to showcase the poetry and experiences of Akron’s burgeoning immigrant population. In one of the first sections of the exhibit, called “Connect,” selecting a thumbnail on a large flatscreen plays a two-minute video of an author reading his or her poem and explaining what it means to them and how it connects to his or her life. Another station, called “Thread,” contains two sprawling, ever-growing community poems with simple prompts like “Akron is…” Visitors are invited to add their own voice to the poem by leaving a few lines about what Akron means to them.

“One of the driving principles of our project has been to help people hear voices of what might be considered ‘other’ for them, and to find, where they might expect difference, a common ground and a shared human experience,” Hassler says. “In our hyper-divisive society and politicized culture, we think that Traveling Stanzas can offer people little moments of pause and pockets of time to slow down and actually hear that human voice and engage with these other lives on a deeper level.” Hassler feels that poetry is uniquely suited to the task of bringing people together and breaking down barriers. “The word stanza comes from Italian originally,” he says. “Literally, it means a small room, often a waiting room, in a train station… I think of us coming together in these small rooms, these little rooms of poems, as if we were encountering a stranger in a waiting room, [and striking] up a conversation with someone you don’t know at all.”

Traveling Stanzas is currently touring the East Coast, but Hassler hopes to bring it to major cities across the US soon. The exhibit will be at the AWP festival in Tampa, Florida (which starts today). For nine weeks over the summer, it will be at the Chautauqua Institution in upstate New York, where visiting luminaries like Yo-Yo Ma and Ken Burns will be invited to add their own contributions to “Thread” poems. After that, Traveling Stanzas will be at Cornell University in September, and then the National Book Festival in Washington, DC on December 1. More cities are still being finalized, but Hassler says he’s received interest from Boston, LA, Austin, Cleveland, Chicago, and more. If your city isn’t on the list, you can still participate. Many of the poems can be read on the exhibit’s website, and a digital smartphone app is forthcoming.

For Esube, who’d never written a poem before coming to the US, it’s thrilling to think of his work being read by people all over the country. “To have my work featured in Traveling Stanzas and to be read by people all across the country, and potentially the world, makes me feel happy,” he says. “It will take my name out into the world, and secondly it will convey my message to all people who will get the chance to read it.”

I Call Your Name Whenever I Can: The Letters of Pat Parker and Audre Lorde 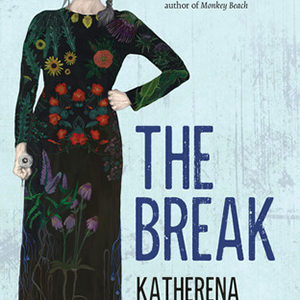 Ziggy is fucking frozen all the way through by the time they finally find the party, by the time she and Emily get the nerve...
© LitHub
Back to top