From Little Women to Fleabag, Janet Manley
Considers Action at a Distance

Forget that boy Laurie. The only thing I care about in the latest Little Women adaptation is who plays Friedrich Bhaer, Jo March’s very own professor. Like the character in the original text, he is something of a mystery: the 2019 Bhaer doesn’t appear in the trailer, and is not billed on posters (in the book, he doesn’t appear until Part Two, written later). The perfect mystery. The perfect crush.

Jo’s whole thing is that she wants to be fully understood, and at the same time enjoys being hard to read. It’s not that she doesn’t want male attention; Laurie is hypothetically there for her, but best enjoyed as subtext. When he comes right out and tells her he loves her (even though he should know that it isn’t what she wants!), the whole thing is ruined. (Laurie’s take on girls: “They say no when they mean yes, and drive a man out of his wits just for the fun of it.”)

Do I get it. Under Louise May Alcott’s hand, Jo has been taught that a big intellectual life is what matters, that living in the moment before the dramatic climax can be wonderful, that people enjoy working to figure you out, and she is shattered when that isn’t the case. Then Jo makes it to the boarding house in New York City, and along comes Bhaer. “Sad to relate,” reports the narrator, “he had a great appetite, and shoveled in his dinner.”

A plot twist! Someone who takes an interest in Jo while remaining inscrutable.

He is unlike anyone she has met, a foreign scholar relegated in his new country to teaching children, and tutoring Jo on her writing: “Mr Bhaer . . . had advised her to study simple, true, and lovely characters, wherever she found them, as good training for a writer; Jo took him at his word,—for she coolly turned around and studied him.”

I had numerous crushes on different English teachers, but my first was of course the best.

He is the perfect text: a space offering up multiple interpretations. (“Mr. Bhaer was a diffident man,” we learn, “and slow to offer his own opinions,” though an arbiter of quality.) He keeps us racing as readers through book two of Little Women, fueled by an excitement that reminds me of nothing so much as having a monster crush on an English teacher as a teen. We aren’t even sure what we’re chasing until Jo drops her bundle in the mud in the second-to-last chapter of Little Women and Bhaer blurts out in his guttural German, “Heart’s dearest, why do you cry?”

Australian high school begins in grade seven and runs through twelve, the effect being heavily pubescent seniors sharing the grounds with throngs of little girls who carefully upholster their textbooks in holographic contact paper and occupy themselves with seeing how far they can sharpen their pencils before breaking the lead. Into this space comes the English teacher, hellbent on enlightening 13-year-olds about the rhetorical subtleties of Julius Caesar, capable of deciphering our complex signifiers, and very into books.

I had numerous crushes on different English teachers, but my first was of course the best. He was a published poet, by turns cranky and generous. Had very blue eyes. Also, undoubtedly a grown man. I treasured my report cards, communicated my romantic feelings to him through a filter of commentary on the axe-murder scene in The Chant of Jimmy Blacksmith, read the semester-long curriculum as you might the track list for a mix-tape, generally thought about my teacher a lot. It’s a rite of passage that has been codified by, who else, Hello Giggles.

We aspiring pencils want the big story, the most heavy-handed imagery we can mash into prose.

The furthest my imaginings went at that time was a very long hug, with eyes squeezed shut, but I can see in it the groundwork being laid for later crushes on a guy who wrote terrible poems exclusively about everything being on fire; the guy who called himself a writer, even though I never saw him pick up a pen or open a computer; the guy who thought Anthony Kiedis’s memoir was one of the great works of the 20th century. Once, when an older and fairly unstable chap I had a crush on suggested I should instead go out with a mutual coworker my own age, I spat back at him, “Matthew?! They won’t write stories about us!” Obviously, I was drunk. But I was always as dead-gone on the story of my own crush as I was on the object of the crush. We aspiring pencils want the big story, the most heavy-handed imagery we can mash into prose: Jo worries she will become a “literary spinster, with a pen for a spouse.”

Importantly, none of the English teachers, and certainly not The English Teacher, requited my feelings as an angsty pupil. They remained text. The most monstrous horror in Lisa Taddeo’s Three Women is the way Aaron Knodel has annotated Maggie’s copy of Twilight—we understand instantly what a violation of her own imagination it is when the marginalia springs to life and whisks her off school grounds. Jonathan Safran Foer’s epistolary thing with Natalie Portman was icky for the same reason. “It became clear we weren’t going to be in the same place for long enough to allow for a traditional profile—me observing you at the farmer’s market, etc.,” explains the novelist in public correspondence with Portman of how the exchange came about. His observing her instead takes place in a rambling series of emails laid out around the art of Portman posing in a bikini and “Falke socks (worn throughout), $28.”

We are all looking for a guru, always. “I just think I want someone to tell me how to live my life, Father, because so far I think I’ve been getting it wrong,” says Fleabag in the climax of season two.

“William Bengston, the author of The Energy Cure: Unraveling the Mystery of Hands-On Healing, is first and foremost a scientist,” states one of the many experts paid to proselytize by Goop. Okay! We pay people to read our auras, our knees, our meridians, our checking accounts. The industry has swelled, but still places almost no value at all on the people who can teach us to read critically, to understand what we ourselves are trying to say. The unconscious hero of My Year of Rest and Relaxation agrees to let an artist photograph her sleeping (“sleeping”), while on her cocktail of drugs, provided he cleans the apartment up. She wakes to find piles of photos—more text, and still no thesis.

An unrequited crush on an English teacher is a great gig if you can get it, especially for young people of a certain sensibility. “I am afflicted with the power of thought, which is a heavy curse,” wrote Miles Franklin in My Brilliant Career of a spiritual descendent of Jo March. And a teacher in a crisp sage-colored button-up scribbling messy notes on the whiteboard about Bertolt Brecht can be an incredible place to park that thought.

Jo is mortified when she realizes Bhaer thinks her writing is trashy. It is mortifying to realize our writing is bad. I must be demented to still think about my English teacher 20 years on, to wonder about his opinion, but I can’t be the only one—those crushes are our first great relationship with the page. If we are lucky, we are seen: “Jo, such a little name for such a person,” says Bhaer in the end. And for our part, on the far side, we find we have some sharp pencils indeed.

Janet Manley is an Australian writer living in the US. She has a master's in Creative Writing from the University of New South Wales. Her essays and stories have appeared in ELLE, The Hairpin, The Toast, The Millions, Racked, The New Yorker, and McSweeney's Internet Tendency, where she has a column. 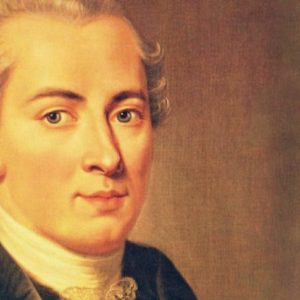 It’s 4:24 pm. You’re jumping up and down with excitement. You feel like you’re back in high school sitting through...
© LitHub
Back to top