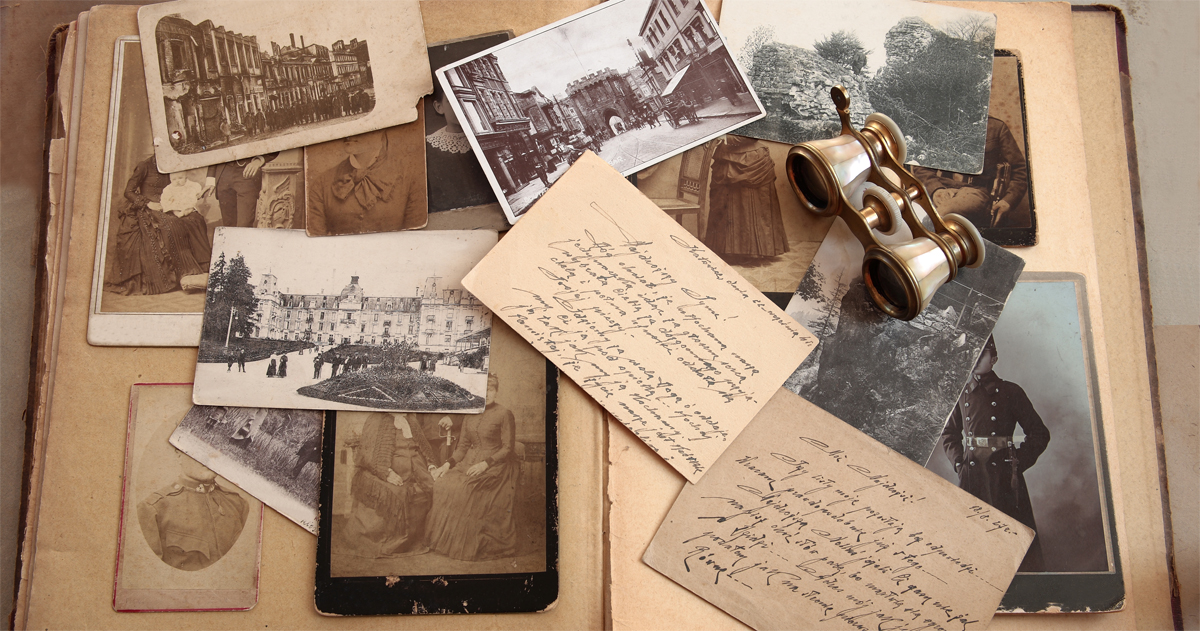 Hidden Stories and Historical Half-truths: Lies Your Ancestors Told You

On history, heritage, and whitewashing

Stories, Goethe tells us, are a human service, a way to share with another person “how things have gone with others and what he has to expect from life,” to instruct that “whatever happens, it befalls him as a man and not as one who is specially fortunate or unfortunate.” We tell stories to suggest sense and meaning when there seems to be none and to create a semblance of order in an out-of-control world. The stories we tell—and especially the ones we write—become the records of experiences lived, landscapes inhabited, and events transpired. They provide guide points along the map of human experience, handholds for understanding: who we are, where we have come from, what matters to us, and why. And so it’s shocking when we learn that a story is wrong or that it isn’t what we thought it to be. The truth, as we’ve come to know it, is often infected by things seen and unseen.

As a young adult, I finally heard the unexpected and surprising ending to a story I’d been told since childhood. It was about my great-grandmother, who had been described by my grandmother and her sisters as a strict authoritarian matriarch, the stern upholder of justice. They had painted a colorful image in my mind with their story about how she once caught my great-grandfather with another woman. Cracking her riding crop at him, she took his horse and his boots, and sent him marching home barefoot.

Although her husband was the titular head of the family and their farm, my great-grandmother actually owned it all: she had inherited it from her father, and in the Spanish tradition, a man without land or title was of little value. So my great-grandfather hewed to his wife’s orders and gave up his lovers. For much of my young adult life, I saw this anecdote as an illustration of her power.

Years later, however, a cousin shared another story that cast my great-grandmother in an entirely different light. Apparently, her husband lost most of her money by drinking and gambling. Sick and aging, she was tricked into signing away the homestead she’d inherited. Clutching a battered suitcase and my mother’s small hand, she boarded a steamship and left Puerto Rico, the island where her family had lived for generations. She died not long after and was buried in a grave that’s been lost to memory.

For a long time, this new information made me angry at my family. What else to call such a crucial omission but a secret? And really what are some secrets, but lies? Benign, perhaps, but lies nevertheless. In the case of my great-grandmother’s story, her daughters’ omissions required a kind of conspiracy: not only had the once-defining narrative been misleading, but it had also involved a cover-up. I condemned the earlier stories and everyone who’d repeated them to me.

Naiveté only partly explains my indignation; rebelliousness also factored into it, and, over time, my sense of betrayal blossomed into the particular kind of self-righteousness that young people do so well. Eventually, I chose to study journalism—a profession whose motto is “If your mother says she loves you, check it out”—in part because the job entailed asking a lot of questions and boiling down the answers into neat, inverted pyramid-style stories: fact plus fact equals truth. There was a certain satisfaction in being able to gather and organize information, and, by the end of the day, have it all worked out into a story. Eventually, I learned that the formula requires condensing and leaving out a lot, that facts don’t always add up to reality. But, of course, these things take time to understand.

When I left Washington, D.C., and moved to Montana, it struck me that this process—of unearthing and embracing facts, and then discovering they’re not always so straightforward—has defined much larger, important narratives as well. As I drove out west, I stopped at historical landmark signs off to the sides of roads and highways. Reading these markers you learn something about how America has written and rewritten its own story. If you dropped into this country as an uninitiated outsider, you could be forgiven for thinking that the past was all one glorious amalgam of battles waged by men, with all of the tales of war heroism and territorial conquests staking their claims along the nation’s byways.

The past is like this, the geographer David Lowenthal suggests. Popular history, in particular, is a kind of theme park that refers “more to imagined than to actual landscapes, and especially to felicities seen through nostalgic or apocalyptic lenses.”

The state of Montana sets the standard for parlaying history, or at least a particular version of history, into five-star entertainment. Vacationers come to rustle cattle, drive covered wagons along real pioneer dirt trails, and sleep under the stars at thousand-dollar-a-night “glamp-grounds,” and you have to imagine that, at some level, everyone’s in on the fact that the experiences are more tongue-in-cheek than real. But tourism means a lot to the state, and tour operators are more than happy to provide modern-day sets that will stir nostalgia for the idea of a bygone frontier life, if not its gritty, hardscrabble, violent reality. Here and there, a roadside sign will allude to the fact that the taming of the wilderness was never really as noble an enterprise as the tourist attractions suggest. And yet, the idealized “how the West was won” narratives persist.

Really, they’re not that different from the kinds of stories that families tell about themselves, accentuating the positive while omitting the less-than-flattering parts.

This sort of thing is natural. “All histories have agendas,” says Comanche author and curator Paul Chaat Smith. The important thing is to understand that while the past can’t be recreated, the way it is represented offers clues to the reliability and veiled intentions of the narrator.

History, we are told, tries to convince by using facts and truth. But that’s different from heritage, which might be loosely defined as how we feel about the past rather than what actually happened. Both history and heritage are subject to falsehoods and mistakes, but while the former grapples with nuance and paradox, the latter is expected to exaggerate, omit, and invent details in order to establish a moral, make a point, or create a symbolic facsimile of the past. The bumper sticker Heritage, Not Hate attempts to deflect the history of the Confederate flag as a symbol of slavery. Sports teams with names like “Redskins” and “Seminoles” insist that they are reflecting the positive qualities of Native Americans. Historical facts are easily and regularly whitewashed and purged in the name of heritage; cultures create myths and tell tales that are wrapped around an element of some past event, the details of which may vary from the actual facts but are still conceivable.

It’s often very difficult to know how to draw the line between historical fact and fictionalized heritage; perhaps the whole point is that the outsider isn’t meant to know. Such is the danger of transcribing complex stories into linear experiences for audiences they were never meant for. Oral histories may be particularly at risk of being misinterpreted; stories are often intentionally told in ways that outsiders will not understand. In some Native American oral traditions, a character known as the Trickster illustrates the creative power of lying by spinning tall tales to camouflage and to confuse, often with a subversive sense of humor. The joke is on those who fail to recognize imprecision, misdirection, and ambiguity as weapons of choice for those without conventional power.

In her poem “Lies My Ancestors Told for Me,” the Native American writer Deborah Miranda reveals the false histories her people told on their birth certificates, death certificates, to their grandchildren:

After the mission broke up, it was better to lie.
Say you are Mexican
. . . and when you tell that lie
tell it in Spanish.

Tell the lies now and maybe later
your descendants will dig
for the truth in libraries, field notes, museums,
wax cylinder recordings, newspaper reports of massacres
and relocations,
clues you left behind
when you forgot
to lie. . . .

Within my desire to know more about my family are conflicting impulses: I want to understand the history that might better explain and justify the narratives I’ve heard, but at the same time, it’s difficult to avoid judging those who I felt had given me half-truths and shaded reality. “Women have always lied to each other,” writes Adrienne Rich, often for good reasons: for survival, to offer strength and hope, to help each other. Still I couldn’t stop wondering: what else has been left out? Were things omitted for reasons other than benevolence? Perhaps pride or shame? All of this requires a social compact, a tacit agreement about what matters and what is worth hiding. Or what once had to be kept hidden. If it seems impossible to know what really happened, equally slippery are our own feelings and motivations in rooting out the truth. Even if we could go back and authentically recreate history, even the most fair-minded and conscientious researcher cannot simply tell a story about a person or time from the past: she must tell her rendition of the story; it will always be framed by her own point of view.

This seems inevitable: historical reports are upgraded all the time, adapted to project modern values onto the legends and heroes of the past. Historical signs along the nation’s highways have been revised to reflect today’s cultural sensibilities; gone are references to the “red man” and “Injuns,” the kind of caricatured language that Hollywood invented for white actors who played Indians. So, though they may have been racist fabrications, these narratives thrived because of America’s nostalgia for a past that never really was. We know better now; we have had Howard Zinn’s A People’s History of the United States since 1980. We see the incongruities between the myths and the history, or so we tell ourselves. Yet the contradictions are still rooted firmly in our cultural landscape. The Indian of the popular mind is still the Indian of Hollywood movies, sweat lodges, and powwows—re-enactments and facsimiles of an unrecoverable past.

For a long time, I kept a mental dossier of the inconsistencies and holes that cropped up in my family’s stories. Stubbornly, I rebelled against the unanswered questions and incomplete facts, adding them to the pile of evidence against those who had told them to me. Powerless people lie, we know. I wondered whether and when they forgot they were lying. And yet, for all of my cynicism, I could not escape the fact that I am still defined by the myths and stories of the past. My family is more complicated than the narratives I’ve been told, but in resisting that reality, I’ve not only ignored the distortions of my own perspective but also missed what makes them and our history more interesting. Seeking with doubt is important, as is the desire for answers. But what matters in the end is the limits of our reach and an understanding that truth—in its multiple and various forms—will always be a changing frontier.

Anita Huslin is a writer and teacher of creative nonfiction. She has worked as an editor and reporter for the Washington Post, the New York Times, National Public Radio, and other national outlets, where she has focused on communicating complex, rich subjects through narrative storytelling. She recently moved to Montana, reported to be “the last best place” for writers. 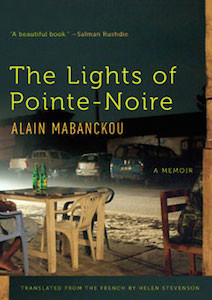 For a long time I let people think my mother was still alive. I’m going to make a big effort, now, to set the record...
© LitHub
Back to top