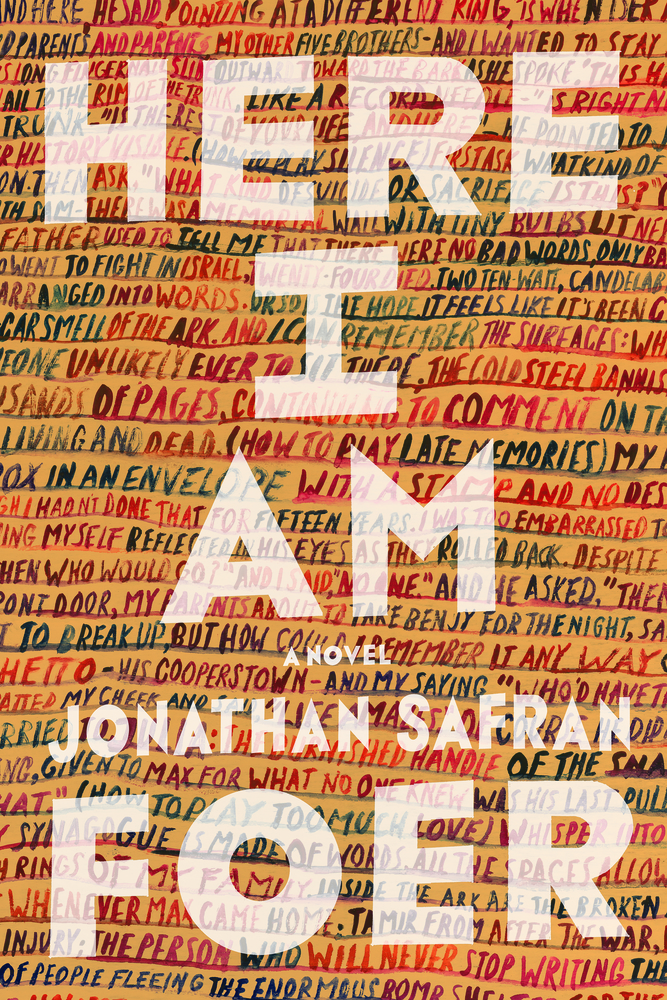 The following is from Jonathan Safran Foer’s novel, Here I Am. Foer is the author of two bestselling, award-winning novels, Everything Is Illuminated and Extremely Loud and Incredibly Close, and a bestselling work of nonfiction, Eating Animals. He lives in Brooklyn, New York.

They stayed at their table until the waiter, in splutters of profuse apology, explained that the restaurant was shutting down for the night.

“What was the name of that movie we didn’t watch?”

They would have to go to the room.

Julia said, “I know I shouldn’t, but I wonder what the kids are doing right now.”

Jacob chuckled. Julia changed into her “fancy” pajamas. Jacob watched her, unaware of anything that had changed about her body in the decade since they’d last been there, because he’d seen her body nearly every day since. He still stole peeks, like a teenager, at her breasts and ass, still fantasized about what was both real and his. Julia felt herself being watched, and liked it, so took her time. Jacob changed into boxers and a T-shirt.

Julia went to the sink and ritually craned her neck back, a worn habit, examining herself as she gently pulled on a lower eyelid—as if she were about to insert a contact lens. Jacob produced both toothbrushes and applied toothpaste to each, resting hers, bristles up, on the sink.

“Do. Not. Mention. It,” Jacob replied in a funny robot voice whose utterly random arrival could only have been an expression of anxiety about the emotions and actions now expected of them. Or so Julia thought.

Jacob brushed his teeth and thought, What if I don’t get hard? Julia brushed her teeth, searching the mirror for something she didn’t want to see. Jacob applied five seconds of Old Spice to each armpit (despite being an inert and sweatless sleeper), washed his face with Cetaphil Daily Facial Cleanser for Normal to Oily Skin (despite having Normal to Dry Skin), then applied Eucerin Daily Protection Moisturizing Face Lotion, Broad Spectrum SPF 30 (despite the sun having disappeared hours ago, and despite sleeping under a ceiling). He gave an extra squirt of Eucerin to his trouble spots: around the alas (a word he knew only from neurotic Google searches— Alas, poor Yorick, the alas of your missing nose), and between the eyebrows and the tops of the upper eyelids. Julia’s regimen was more complex: a face wash with S.W. Basics Cleanser, application of Skin-Ceuticals Retinol 1.0 Maximum Strength Refining Night Cream, application of Laneige Water Bank Moisture Cream, gentle tapping application of Lancôme Rénergie Lift Multi-Action Night cream around her eyes. Jacob went to the bedroom and did the stretches that everyone in the family made fun of, despite the chiropractor’s insistence that they were necessary for someone with such a sedentary lifestyle, and the fact that they actually helped. Julia flossed with an Oral-B Glide 3D Floss Pick, which, despite being both an environmental nightmare and a rip- off, spared her from gagging. Jacob returned to the bathroom and flossed with the cheapest thing he could find at CVS, string being string.

Jacob said, “Beside you. Just a minute ago.”

Julia made a dollop of hand cream disappear in her palms.

They moved to the bedroom, and Jacob said, “I have to pee,” as he always did at that moment. He went back into the bathroom, locked the door, performed his nightly solitary ritual, and flushed the unused toilet to complete the charade. When he reentered the bedroom, Julia was propped against the headboard, applying L’Oreal Collagen Re-Plumper Night Cream across the thigh of her bent leg. Jacob often wanted to tell her that it wasn’t necessary, that he would love her as she was, just as she would love him; but wanting to feel attractive was who she was, just as it was who he was, and that, too, should be loved. Julia tied back her hair.

Jacob touched a tapestry, a depiction of a naval battle beneath the bannered words “The American Situation: War of 1812,” and said, “Nice.” Did she remember?

Julia said, “Please tell me not to call the kids.”

“Of course I shouldn’t.”

“Or call them. We’re not vacation fundamentalists.”

Jacob was never immune to her laughter.

“Come,” she said, patting the bed beside her.

Jacob said, “We have a big day tomorrow,” illuminating several emergency exit paths at once: they needed rest; tomorrow was more important than to night; it wouldn’t be a disappointment if she acknowledged her tiredness.

“You must be beat,” Julia said, redirecting things slightly by putting the onus on him.

“I am,” he said, almost as a question, almost accepting his role. “And you must be, too,” asking her to accept hers.

From HERE I AM. Used with permission of Farrar, Straus, and Giroux. Copyright © 2016 by Jonathan Safran Foer. 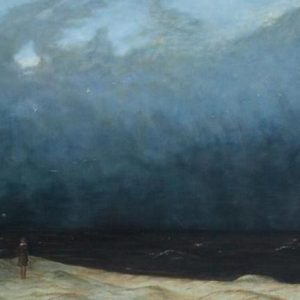 Death is Actually Very Funny: A Last Conversation with Max Ritvo Max Ritvo and I first met at the 92Y, in May 2014. He generously approached me after the Discovery Prize reading I’d given...
© LitHub
Back to top