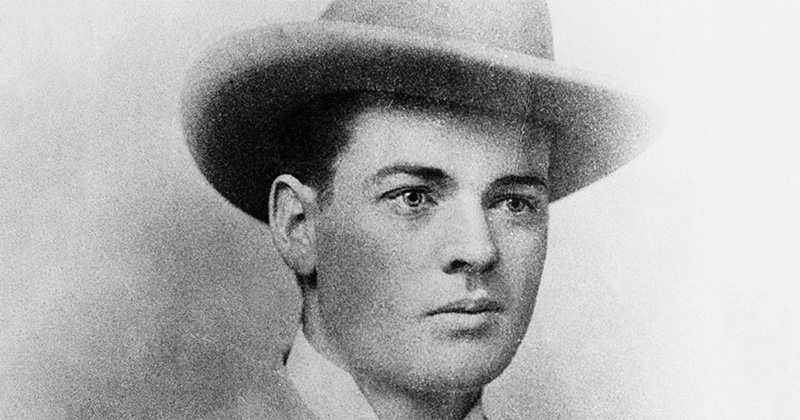 While many Presidents of the United States have published non-fiction, led by Theodore Roosevelt and his three dozen titles, creative writing is a rarer thing in their ranks. Barack Obama has admitted to writing unpublished short stories as a young man and Bill Clinton has recently teamed up with James Patterson to write a potboiler about a missing president. That would seem to be the entire oeuvre, unless we count the devoted efforts of Herbert Hoover, a man not usually credited for imagination of any sort, to make his mark on the early 20th-century stage.

Hoover, standing second only to Roosevelt in total literary output among Presidents, is primarily remembered as the author of many volumes of memoir produced in vain efforts to vindicate himself after a difficult term in office during the Great Depression and to remind readers of his many humanitarian accomplishments outside of the White House. He did write at least one outstanding book, The Ordeal of Woodrow Wilson, an account of his predecessor’s trials at the Paris Peace Talks, and he deserves credit for a number of unique literary achievements including a book on fishing, a collection of his letters to children, an influential political treatise entitled American Individualism, and the first English translation of Georgius Agricola’s important 16th-century mining text, De Re Metallica (his co-translator was his wife, Lou Henry Hoover).

His creative work dates from his years as a young mining tycoon in Edwardian London when Hoover and his wife, Lou (his co-translator on De Re Metallica), were regulars at the playhouses of London’s West End. Theatre was a new experience for him, acting having been anathema in the Quaker communities in which he was raised. The works of Shakespeare and Shaw appealed to a mind already well stocked by wide reading in fiction, history, and biography. They also frustrated Hoover, however. Among the soldiers, saints, and other heroic types that he saw represented on stage, none reflected his own experience of life, and that he sought to correct.

Hoover was a Stanford-educated mining engineer practicing his trade during a period of great achievement in the engineering profession, the age of railroads and steamships and transatlantic cables, of the Panama Canal, the Brooklyn Bridge, steel skyscrapers, and an endless array of new patents and processes. Engineers, more than thinkers, generals, or politicians, were remaking the human experience, creating new sources of power, annihilating time and distance, simultaneously shrinking the world and building it up in astonishing ways. It pleased Hoover to be a leading figure in the engineering tribe. Although his profession was a practical one, firmly rooted in empiricism and his highly-technical training, he developed an unusually romantic view of it, and of himself. Engineers, and particularly mining engineers, were to his mind servants of mankind’s material progress, knights of science in brown duck suits and high-top boots traversing the snows of the High Sierras and the burning wastes of the Australian outback in quest of useful knowledge. As he would later write:

To the engineer falls the work of creating from the dry bones of scientific fact the living body of industry. It is he whose intellect and direction bring to the world the comforts and necessities of daily need. Unlike the doctor, his is not the constant struggle to save the weak. Unlike the soldier, destruction is not his prime function. Unlike the lawyer, quarrels are not his daily bread. Engineering is the profession of creation and of construction, of stimulation of human effort and accomplishment.

All of which begged the question, why was Hoover not seeing so heroic and consequential a figure as the mining engineer represented on stage?

Lou Hoover kept a circle of friends separate from those of her husband’s coterie of business associates and journalists. She was attracted to artists and musicians, including the now forgotten Mary Austin, a freethinking writer, clairvoyant, and compulsive namedropper. Austin had been a stalwart in the artists’ colony at Carmel with Jack London and Lincoln Steffens. By the time she reached England, she could (and did) boast of publications in the Atlantic and productions at the New Theatre in New York. She entertained Lou with gossip about the amorous adventures of her acquaintances Upton Sinclair and H. G. Wells. Lou’s husband was scandalized at Austin’s familiarity with Wells, who had sired a child outside of marriage. “Herbert Hoover,” Austin later wrote, “has the usual American man’s prejudices against variation in conduct from the absolute norm of middle-class life.”

Whatever he thought of her morals, Hoover was fascinated by Austin’s creative talent and myth-making capacities. He was determined to convince her that he, or at least his kind, was a worthy subject for a play. The artist and the miner discussed his life and work and how it might be dramatized. “Seriously, I am interested in this matter,” Hoover wrote her. “I’ve whiled away many idle hours constructing a drama to represent to the world a new intellectual type from a literary or stage view—the modern intellectual engineer—there’re more possibilities than you think.”

Hoover mailed Austin a print of a copper mine furnace to serve as a backdrop for his prospective play. The front elevation, he envisioned, would fill the whole back of the stage. The furnace would be a noisy beast, spitting and blowing smoke like a ship’s boilers. The plot would revolve around the efforts of a team of bold engineers attempting to construct a great copper mine where others had persistently failed. There would be resistance to their engineering genius, as well as sabotage and death:

The equipment of these great copper mines has been in progress for two or more years. . . . A furnace has been built . . . and will treat 5,000 tons a day—employ 10,000 men. Their professional future and the financial success of the enterprise depends on this furnace. The criteria of success will be the actual flow of metal from the furnace. The day arrives when the smelter is to be “blown in.” It has been charged some hours before. They stand by and moralize on their future and the probabilities of the monster chewing up metal. They evince proper stage anxiety. . . .

Suddenly the foreman from up on the furnace stage (screams) announces she is ready (furnaces are also females). The chief engineer takes the honor (or delegates it to the ultimate victim) of the first tap. Everybody stands on one foot. He dashes along, opening the spouts (there are about 40 of them). The glowing metal ripples out, sparks; (water over red light). Everybody cheers, dance a minuet. But at the last hole a breastplate blows out. Great cloud of fumes, yellow smoke; victim dies either on or off the stage as you like.

Austin was unconvinced. A thorough-going primitivist, she had difficulty with his notion of a heroic engineer. Hoover complained that she was always “trying to make a villain out of [the engineer], which won’t do.” He insisted that the lead role be a martyr, and argued that the physical, intellectual, and educational passages of a successful engineer could never produce a bad person. If the play needed a “semi-civilized villain,” a man who mistreated his wife, it would have to be the metallurgist or the foreman, he argued, not the engineer.

He could never make Austin see it. Hoover so wanted the world to view this romantic portrayal of himself and his profession that he supported Austin financially for several years. She strung him along, warning on the one hand that genius could not survive “on a crust in an attic,” and on the other that an artist’s independent spirit could not be purchased. A good part of the money he gave her went to build an extension on her house. When she finally got around to putting the ideas they discussed on paper, the result was the novel A Woman of Genius, in which an engineer, not unlike Hoover, achieves fulfillment by running away with an artist, not unlike Austin. He does not appear to have read it.

Hoover had to settle for squeezing his conception of his “new intellectual type” into a textbook he wrote entitled Principles of Mining, from which the aforementioned “knights of science” quotation is taken. The book remained in print throughout his lifetime but more for its practical advice on cavage and stoping than for its heroic view of the engineer. Giving up on this angle at glory, Hoover recast himself in mid-life as a humanitarian and a public servant, roles in which he did cut a heroic figure at least until the Great Depression came along and burst his romantic bubble for good.

Kenneth Whyte is the author of The Uncrowned King: The Sensational Rise of William Randolph Hearst, a Washington Post and Toronto Globe and Mail Book of the Year, and a nominee for four major Canadian book awards. He is a publishing and telecommunications executive and chairman of the Donner Canada Foundation. He was formerly editor in chief of Maclean’s magazine, editor of the monthly Saturday Night magazine, and founding editor of the National Post. He lives in Toronto.

137 Writers and the Words They're Best Known For 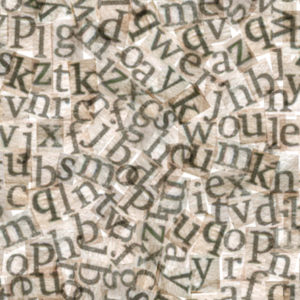 137 Writers and the Words They're Best Known For

I was recently talking with Rachel Zucker about how, after writing Catalog of Unabashed Gratitude, the word "gratitude" now belongs...
© LitHub
Back to top