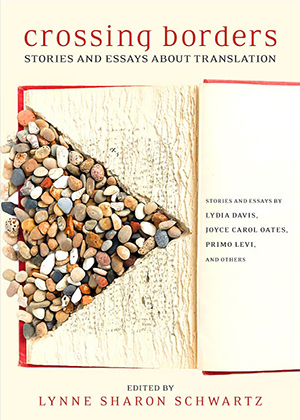 A certain woman never felt entirely comfortable speaking her native tongue. She spoke ably enough; her vocabulary and grammar were adequate to say all she needed to say, but she didn’t feel at home either in her mind or in her mouth. Since she had never spoken any other language and couldn’t know what degree of comfort others felt, her discomfort was vague and amorphous; she knew only that she had to search uneasily for words and phrases as if they came from a second language and not a first, that the contours her mouth formed and the paths her tongue traveled did not take shape as readily as she imagined they should. She even suspected she might speak differently were her tongue more at ease. She would express herself with richer and more subtle nuances, and in the process her opinions and attitudes themselves might change and grow more subtle. In other words she might be a different person or, more precisely, a self, waiting inside her, speechless, would find speech.

One day while riding on a bus she overheard a conversation in an unknown tongue between a man and woman sitting behind her. Though she couldn’t understand what they were saying, the sounds of the language seemed familiar, like the features of a distant relative. The broad, lingering vowels, like amber deserts or rose-tinged skies, called up dormant affinities in her vocal cords and in the pathways of her brain; the harsh, craggy consonants suggested jagged cliffs or surf hitting rocks, unlike her native language whose vowels sounded like cream and custard, the consonants like pastry crusts.

From the strangers’ tones she could distinguish questions and answers, interjections and phrases of surprise or dismay. After a while she could make out the shapes of sentences, syntactical groupings that fell into patterns. She felt she was starting to grasp the curves and the trajectory of their conversation—she lacked only the subject matter. The more she listened, the more she had the uncanny sense that at any moment she would understand what was being said, as if what barred her from understanding was not her total ignorance of the language but rather a thin veil she could almost, but not quite, see through. She had the excited feeling that at any moment the veil would be lifted or else she would penetrate it. Before the couple got off she turned around to ask—in her native tongue, the only one she knew—what language they were speaking. It was the language of her ancestors; she had never heard it spoken because her grandparents had died before she was born and her parents either could not speak it or did

“She resisted studying the language in any methodical way. She felt it was already wholly inside her, and once the veil had lifted, the words would spring instantaneously to her tongue.”

Some time later, in a taxi, she heard the dispatcher on the intercom instructing his drivers in what she recognized as the same foreign yet familiar tongue. Now and again she distinguished the name of a local street, and perhaps because of these intermittent known words and because the subject was obvious—where to pick up and discharge passengers—she felt even more strongly that at any moment the veil would lift and she would understand everything. When she reached her destination she told the driver she’d changed her mind and wished to be taken elsewhere, just so she might keep listening. She tried to fix certain syllables in her ear—rough and pebbly, yet musical—repeating them under her breath to see how they felt on her tongue, wondering what as yet unknown nuances of herself they might be made to articulate and who she would be as a result. This pleased her, yet the pleasure was frustrating: the veil did not lift or become transparent. Still, if she listened long enough, maybe it would happen. Or if the veil did not lift, she would burst through

She yearned for the feel of words coming instinctively to her tongue and for the new self that would emerge along with them. Meanwhile, her native language was feeling more and more cumbersome. Rather than study the alluring language in books, she decided to go to the country where it was spoken. Once there,

she acquired the most essential words and phrases and picked up others from signs and shop windows as strangers do. But she resisted studying the language in any methodical way. She felt it was already wholly inside her, and once the veil had lifted, the words would spring instantaneously to her tongue.

She wandered through streets and shops and parks, her ear taking pleasure everywhere in the sounds it had longed for. Always she felt that the veil was about to lift. And she did begin to grasp fragments here and there, but simply as strangers do, not in the instantaneous way she expected and thought she merited.

She stayed a long time, learning to shape the craggy consonants and the broad amber vowels. The language required that her mouth take new positions, more open and flexible ones, and that her tongue, moving in new patterns and at different speeds, strike against her teeth and palate at new angles and with

different degrees of force and subtlety. All this she did well; her accent was good, and over time her vocabulary increased and her grammar improved. She was able to say most of what she needed to say, although she was not aware of saying anything she might not have said in her native tongue.

After some years she was fluent, and her mouth and the pathways of her mind felt comfortable as they had not with her native tongue, which she remembered but rarely used: that felt like a foreign language now. She even began to think and dream in the new language. And the nuances of her manner of expression did change somewhat—but she could never be sure whether this came about through the new language on her tongue or simply through the passage of time and the effects of leading a new life in a new place.

In the end she came to speak the language of her ancestors as ably as she had wished, but she never had the satisfaction of seeing the veil lift and understanding everything instantaneously. Now, when she overheard conversations on the bus, she understood perfectly, but without the sense of wonder she had anticipated. Nor did the self she now was strike her as wondrous either, since she had been present at its gradual evolution—as she would have been in any language. So while she was contented speaking her adopted language, her contentment was marred by uncertainty: had she learned to express herself so well because of an ancestral affinity in the pathways of her brain, or had she simply mastered a new language by proximity and long residence as any stranger might?

Perhaps it was a mistake to have come. If she had remained at home, listening to occasional random snatches of the ancestral tongue, waiting and trusting, perhaps the veil might one day have lifted to reveal its entire lexicon and structure. And if so, then she had spent years earning what would have been hers effortlessly, and laboring to become the person she would naturally have become in time.

From Crossing Borders: Stories and Essays About Translation. Used with permission of Seven Stories Press. Copyright © 2018 by Lynne Sharon Schwartz.

Acquiring Books for the Greatest Libraries in the World 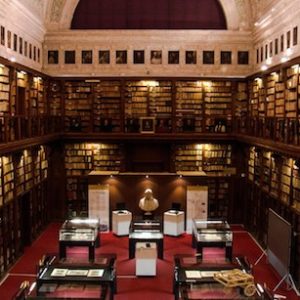 Acquiring Books for the Greatest Libraries in the World In 1685, years before his translation of The Thousand and One Nights would win him enduring fame, the French scholar Antoine...
© LitHub
Back to top