Headed North: What to Pack for Siberia

Sophy Roberts on Preparing for Cold, Fire, and Mosquitoes in One of the Most Beautiful Places on Earth

Via Grove
By Sophy Roberts

With travel writing my profession, I’ve learned to pack for work trips with just a few hours to spare before leaving for the airport. I’ve usually got it right: a uniform drilled down to absolute essentials be it an assignment for the Financial Times in Chad, or The Economist in Antarctica. But Siberia? This place completely threw me off my game when in early 2016, I started traveling remote Russia for a book project about piano culture. It wasn’t until I’d experienced the wildly varying seasons and unpredictable logistics of taiga, tundra and steppe that I finessed the art of packing for a Siberian journey.

Along the way, I picked up tips from those who came before me—writers, misfits, mavericks and explorers—as well as a few brief words from a woman I met on my first visit to Lake Baikal in the winter of 2016. She was an “Old Believer,” descended from the religious dissidents who in the 17th century, refused to sign up to reforms in the Russian Orthodox Church so fled east of the Urals to escape repression in European Russia. Siberia is a wardrobe problem, she told me: too cold in winter, and too hot in summer. She then looked me up and down, and recommended I dressed properly.

Anna Bering would have done well to have listened to this advice. In the 1730s, Anna traveled overland from St. Petersburg to the Sea of Okhotsk on the eastern rim of Russia. She then wound another 6,000 miles home again on a magnificent transcontinental journey of exploration using only sleighs, boats and pack horses. She was married to Vitus Bering, a Danish-born sea captain in the service of Czar Peter the Great. Known as the “Russian Columbus,” Bering’s job was to establish a postal route across Siberia, build ships on Russia’s Pacific coast, and then penetrate the American Northwest (he gave his name to the Bering Strait).

Anna accompanied him, along with a clavichord—the earliest known record of such an instrument making it across Siberia—as well as two silver tureens, a fine porcelain service, and six silk and velvet dressing gowns detailed in one of the earliest Siberian luggage lists to have survived. This extravagant detail of Anna’s boudoir fashion piqued my sense of the absurd given the extraordinary discomforts of traveling across Siberia at this time.

The challenges were formidable. Until construction started on the Trans-Siberian Railway at the end of the 19th century, travelers would set off for Siberia in the dead of winter when the frozen ground was suitable for a sledge or tarantass—a horse-drawn carriage with wheels that could be interchanged for runners for the ice. Temperatures commonly fell below 30 degrees. Spring was best avoided when the melting taiga turned into mud (Russians have a word for this: rasputitsa, as evocative as sticky clods of earth).

Summer was even worse. Siberia bloomed with mosquitoes—as vicious as the Siberian legend suggests, that they were born from the ashes of a cannibal. As for using Siberia’s rivers, forget it: they were just another hindrance. Instead of winding across the Empire from west to east, or vice versa, all the big waterways flow south to north before emptying into a frozen Arctic Ocean. 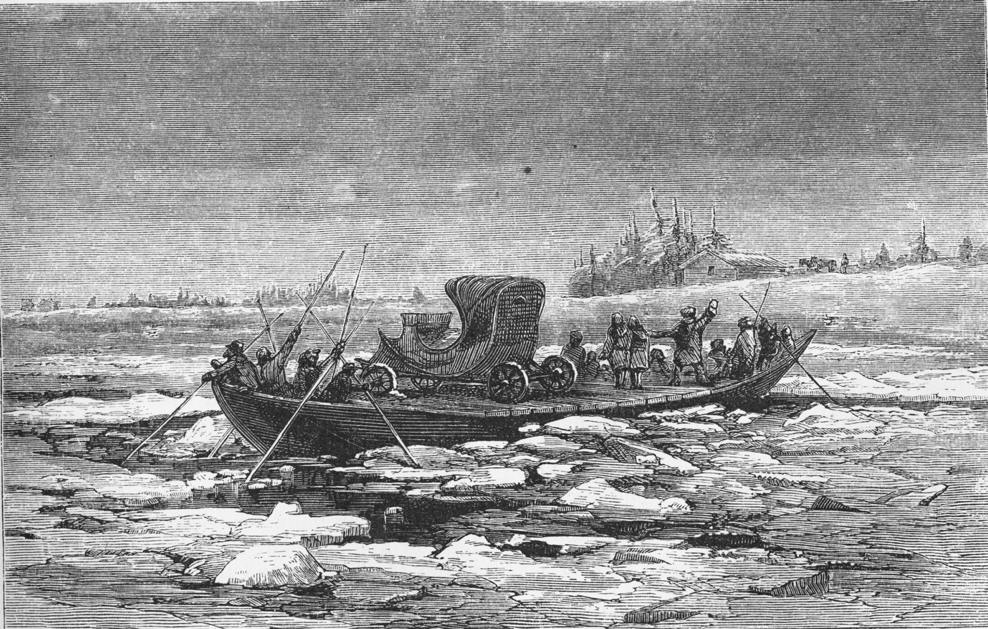 The tarantass—depicted here crossing a tributary of Lake Baikal—was described by an English traveler in Russia in 1804 as a “wooden Machine precisely like a Cradle where People place their Beds and Sleep thro’ the entire of a Winter Journey.” The Russian Journals of Martha and Catherine Wilmot (London: Macmillan and Co., 1935). Courtesy of Harper’s Magazine.

Until Catherine the Great’s reign in the late 18th century, there weren’t even any major roads across Siberia. This was when the Great Siberian Trakt evolved—the main post road that ran from the brink of Siberia in the Ural Mountains to the city of Irkutsk, located close to Lake Baikal. The journey was infamous: a bumpy highway covered with slack beams of wood, which Anton Chekhov called “a foul smallpox.” In 1890, he traveled from Moscow through Siberia to reach the Czarist penal colony of Sakhalin Island in the Russian Pacific to write about the brutality of the exile system.

Chekhov’s Siberian packing list was more irreverent than Anna Bering’s. He brought big boots, a sheepskin jacket, and an army officer’s waterproof leather coat, as well as a large knife—for hunting tigers, he joked. “I’m armed from head to foot,” Chekhov wrote to his publisher, which was no bad thing given the nature of his fellow travelers.

Siberia was no holiday destination, but what one historian has called “the largest continental prison without a roof.” Some exiles had their nostrils split to mark them as outcasts. Others had their tongues removed. Chekhov passed chain gangs of convicts. He said the coachmen were wolves.

But it was the packing notes from Kate Marsden—a spinster English nurse who started out for Siberia the same year as Chekhov—which I found the most appealing. Her Siberian journey remains one of the toughest on record, to a leper colony near Yakutsk, which is one of the coldest cities on Earth. She describes entering a prison cell of 20 murderers. She challenges a local paper-mill magnate, who is polluting a river. She writes about an outcast leper child who died alone, with clay in his belly, unable to scavenge anything to eat. 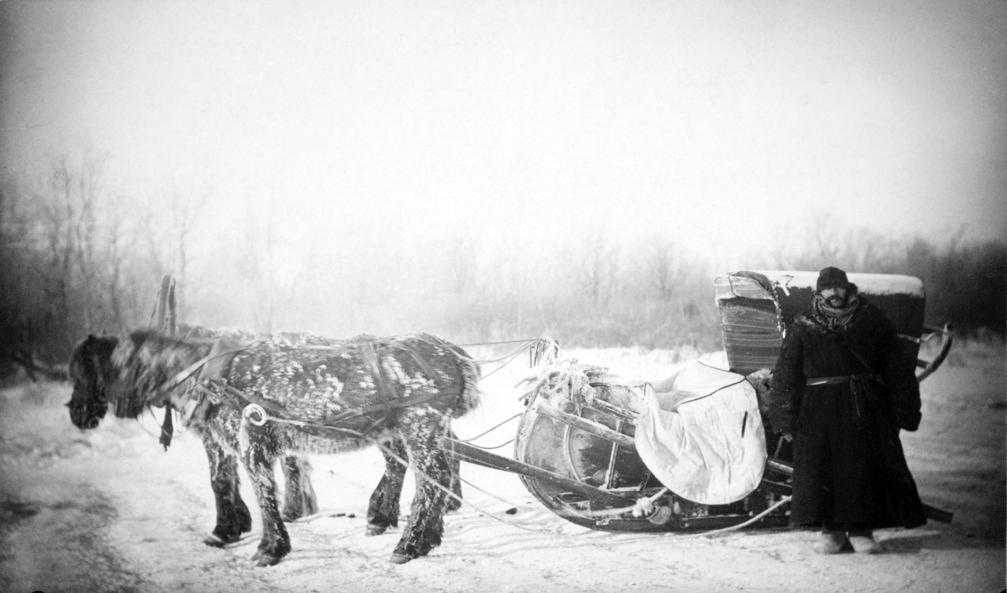 There is much to admire in Marsden’s story, not least her courage and deepening affection for the landscape. On her map, the path Marsden took from St. Petersburg to Yakutsk is marked up as “accomplished”; her other route, a line over the top of Siberia into Kamchatka’s narrow neck, is marked with a wistful “contemplated.” It is, however, her wardrobe notes which make for travelogue gold.

“Even my own attention, I must confess, was diverted from the lepers for a moment in thinking what to wear,” writes Marsden in On Sledge and Horseback to Outcast Siberian Lepers. She describes her wardrobe for the winter sledging journeys, which included a whole outfit of Jaeger garments: “a loose kind of body, lined with flannel, a very thickly-wadded eider-down ulster, with sleeves long enough to cover the hands entirely, the fur collar reaching high enough to cover the hand and face. Then a sheepskin reaching to the feet, and furnished with a collar which came over the fur one. Then over the sheep-skin I had to wear a dacha, which is a fur coat of reindeer skin.”

She wore thick Jaeger stockings, and two pairs of Russian felt boots, one worn on top of the other. “It was not surprising that, when thus accoutred, broadened, and lengthened by a great many inches, I failed to recognize K.M. in the looking-glass…” she writes, referring to her unrecognizable self in the third-person. The ensemble was so cumbersome, in fact, it took three men to carry her to the sledge. 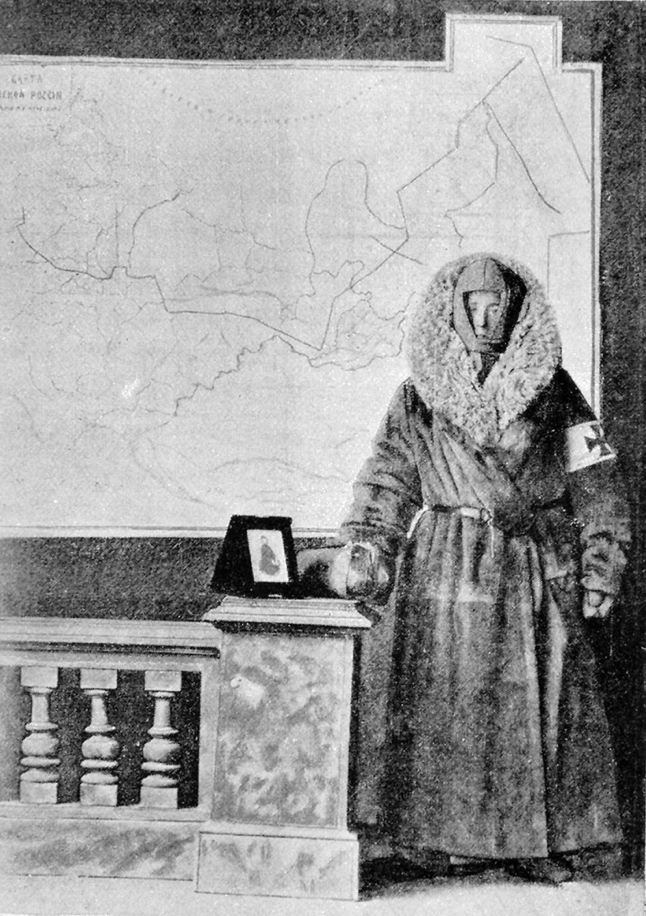 Kate Marsden photographed in front of her map in her Siberian winter wardrobe. Photo credit: Kate Marsden, On Sledge and Horseback to Outcast Siberian Lepers (London: Record Press, 1892). Courtesy of The London Library.

As for Marsden’s summer outfit, “it was not very elegant,” she writes: “a sun-hat, over it a network arrangement as a protection from the mosquitoes, a jacket with very long sleeves… very full trousers down to the knees, and high boots.” Also in her traveling bag was 18 kilos of Christmas pudding (it kept well in the climate), a revolver and a whip. Throwing off the last of her Victorian shackles, she explains how she was obliged to ride horses “like a man.”

So with some of these remarks in mind—and my own experiences encountered over multiple trips to Siberia—here’s my recommended packing list. For anyone tempted to visit (you should be: in spite of its fearsome reputation, it is ravishingly beautiful), a word of warning: even in 2020, when you can travel by sledge, foot, train or helicopter, you will feel the toll of long days, dismal food, the danger of raging wildfires, and cold nights slept under canvas.

By the end of it, “you feel more like a battered old log of mahogany than a gently-nurtured Englishwoman,” wrote Kate Marsden. Leave the idea of looking good back at home.

My recommended packing list for Siberia (photos by  Michael Turek) 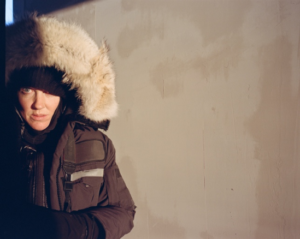 A winter coat
The heaviest you can find. Where this image was taken, in the Altai Mountains, I had to supplement my January wardrobe with some locally purchased camel-hair undergarments. Without them, my guide refused to take me any further. 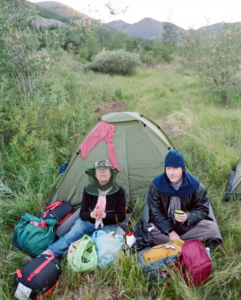 A tent
You never know in Siberia where you might not find a bed given the region covers almost an eleventh of the world’s land surface, and large parts are completely unpopulated. This picture is of two friends I made on a summer journey to Kolyma in 2016. 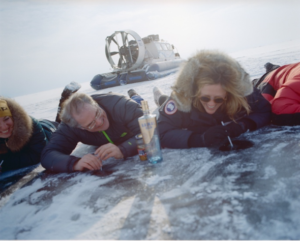 Vodka
It helps pass the time on interminably long journeys, and puts a smile on your face (here I am toasting my first winter crossing of a frozen Lake Baikal). Marsden would disagree. “I believe I owe my life to abstinence,” she writes of her survival in Siberia, “and also to Jaeger clothing, without which it would have been quite impossible to get through all the changes in climate.” 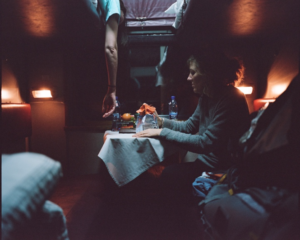 Dehydrated food
It might not be Christmas pudding, but it helps. I used it all the time on the Trans-Siberian Railway—an alternative to the often inedible food served in the canteen. Every carriage comes with a samovar of boiling water. 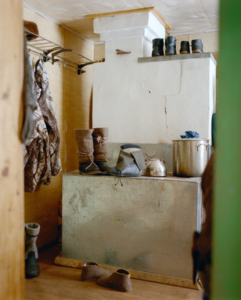 Snow boots
Nothing is as good as traditional Siberian valenki—felted boots which Siberians still claim won them the Second World War while the Fascists froze in their jackboots. 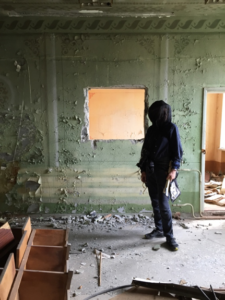 A head net
To protect you from the vicious Siberian mosquito, as well as gloves, at least one pair of leggings worn under trousers, and the strongest chemical repellent money can buy. Here I am in the deserted Soviet town of Kadykchan in summer. Later that evening, I suffered a severe allergic reaction to the bites. 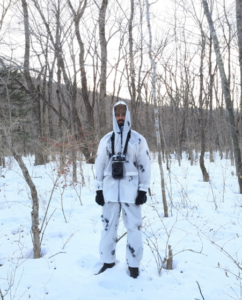 Snow camouflage
To help with wildlife tracking. This is my friend the American photographer Michael Turek—who accompanied me on five of my journeys in Russia—in a forest close to Vladivostok where we were searching for rare Amur leopard. Interestingly, neither of us were wearing snow camouflage during a freak encounter in March 2016 with a wild Siberian tiger. 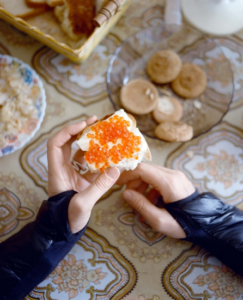 Silk pajamas
Anna Bering may have had a point. There is nothing like a little luxury in extreme discomfort. I used silk pyjamas on the sleeper trains. I also occasionally picked up a jar of local caviar to raise my spirits. 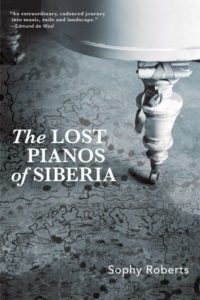 The Lost Pianos of Siberia by Sophy Roberts is published August 4th by Grove Press.

Sophy Roberts is a British writer whose work focuses on remote travel. She began her career assisting the writer Jessica Mitford, was an English scholar at Oxford University, and trained in journalism at Columbia University. She regularly contributes to the Financial Times and Condé Nast Traveler. The Lost Pianos of Siberia is her first book.

With Pandemic Information Overload How Can We Tell What is Real? 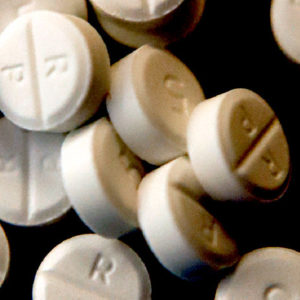 Navigating the Dual Nightmare of an Opioid Epidemic and a Global Pandemic The liquor stores never closed during quarantine. I thought the designation of liquor stores as “essential” was a recognition...