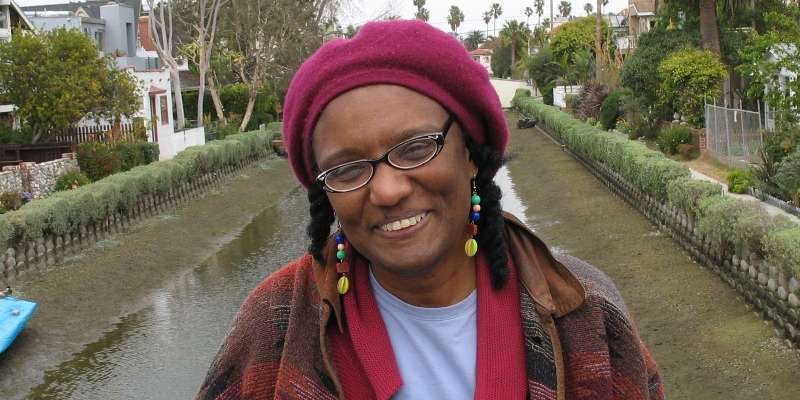 Guest host Naomi Shihab Nye is joined by poet Harryette Mullen on Episode 142 of The Quarantine Tapes. Harryette reflects on her habit of walking in Los Angeles and how that has served her well during the isolation of quarantine. She talks about her poetry practice and how walking and the city have inspired her work. Naomi and Harryette dig into the challenges and complications of teaching during this time. Harryette talks about teaching Ntozake Shange and offers up advice for pushing yourself to experiment with writing and art. In this reflective, heartfelt conversation, Naomi celebrates Harryette’s work, lifting up her use of language and inviting Harryette to read from her poems.

Harryette Mullen: I just took a long walk through my neighborhood. The sky is blue. The sun is shining. It’s warm. It’s beautiful.

Naomi Shihab Nye: Well, that would connect to your opening by reading a few poems from Urban Tumbleweed, which is a book born of walking, right?

HM: Yes. Walking in Los Angeles, which is actually not advised by many people, but I do it anyway.

NSN: And you’re a connoisseur of doing it.

NSN: Has that habit served you well during the quarantine, I would imagine?

HM: Definitely, because so much of my work involves just staring at a screen, whether I’m reading or writing or having my class on Zoom. Everything is sitting in a chair and looking at a screen, so I have to get up and walk or else my body would just not move at all. I’d be frozen like a petrified piece of wood.

NSN: But that love for walking actually led you to this whole amazing book, right?

HM: This book, I decided I would try to write one tanka verse per day—

NSN: And tell everyone what a tanka is in case they don’t know.

HM: A tanka is a traditional Japanese poem, although mine are not so traditional. Traditionally it is a poem of 31 syllables. It’s like a haiku plus a couple more lines, another 14 syllables. If a haiku is a line of five syllables followed by seven then five, then you have another two lines of seven syllables to make a tanka. So, tanka in English looks like five lines. Mine are three lines. I’ve really messed with the form quite a bit, but I tried to stick more or less to 31 syllables.

And you just write, it’s like a little snapshot of your day. When I’m walking, I’m trying to keep my eyes open and my ears open and my mind open. Open, but not in that kind of set out, zombie way that sometimes we walk through the world. To be open and observant and then to look for the poem in my walk. I’m walking, looking for the poem to meet me somewhere along on my walk. And sometimes it does. Sometimes I just have to pretend that it did.

NSN: But you made a ritual of doing this. You did it every day.

HM: I did it every day for a year. Actually, I did it for longer than a year so I would have a few extras that I could cut. Everything was multiples of three—three lines, three stanzas, or three verses. And it ended up being 366 pages, which is like a leap year of tanka.

Harryette Mullen was born in Florence, Alabama, and raised in Fort Worth, Texas. She has earned a B.A. in English from the University of Texas at Austin and a Ph.D. from the University of California, Santa Cruz. The 2009 recipient of the Academy of American Poets Fellowship, Mullen is also the recipient of grants from the Foundation for Contemporary Arts, the Helene Wurlitzer Foundation of New Mexico, and the Texas Institute of Letters. Mullen’s other honors include a Gertrude Stein Award in Innovative American Poetry and the Jackson Poetry Prize, as well as a John Simon Guggenheim Memorial Foundation Fellowship; a Rockefeller Fellowship from the Susan B. Anthony Institute for Women’s Studies at the University of Rochester; and a United States Artist Fellowship. She teaches African American literature and creative writing in the English Department at the University of California, Los Angeles. 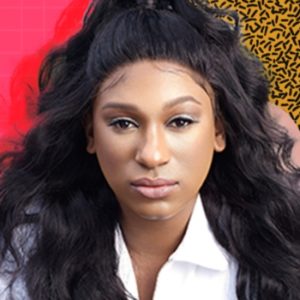