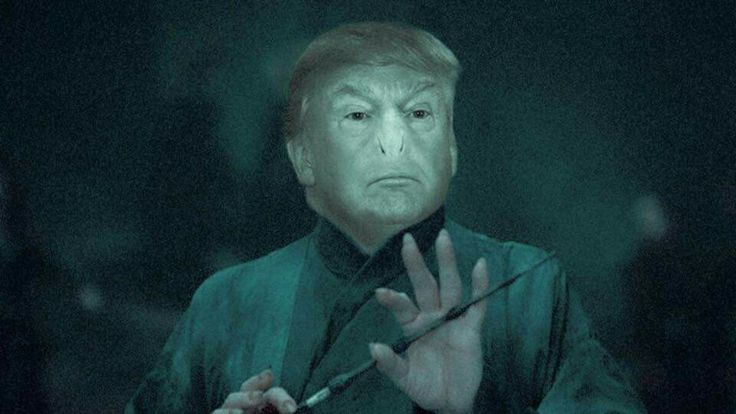 Stop Policing the Literary Reference Points of Others

Since the election, emotions have been running understandably high. After all, to many, the current situation looks bleak, even apocalyptic—not surprising, of course, considering the misogynist, racist, anti-Semitic hatred now on its merry way into the White House. There have been a lot of people, particularly young people on social media, processing and discussing the election through Harry Potter—posting quotes, gifs, comparing Trump to Voldemort, vowing to assemble Dumbledore’s Army, etc. There has also been a lot of backlash to this kind of rhetoric, some of it merely mean and dismissive, some of it downright angry. But there shouldn’t be. 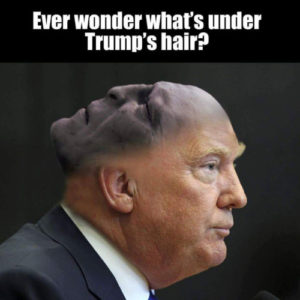 First of all, for many people, Harry Potter is simply comfort reading. In times of emotional hardship, people—yes, even adults—often turn to childhood favorites for solace. Think about it: we use childish food, old music, and even supportive family members (hi Mom) for this purpose. So why should anyone be appalled to see others doing the same with literature? I noticed a number of people reading Harry Potter on the subway this week, and I understood exactly why they were doing it.

Next: why all the generational snobbery? The fact that Harry Potter is popular doesn’t make it worthless, and neither does the fact that there’s magic in it. And anyway, why do people think that one generation’s literature has more value than another’s? Because actually, 1984 isn’t more relevant than Harry Potter. It’s relevant, of course, but the emphasis in Orwell’s classic is on the surveillance state and complete governmental control. In Harry Potter, a paranoid, racist megalomaniac leads by appealing to citizens’ worst fears, biases and impulses in order to gain power, but actually, more importantly—unlike in 1984—he loses. The people come together and rise up against him and his pure-blood-supremacist supporters and win. It shouldn’t be hard to see why that’s comforting and useful in times like these.

Much of the backlash seems to come from this ridiculous idea that just because Harry Potter memes abound, that young people have only read Harry Potter. Sure, that might be true for some people, but it’s probably not true for many. People are bringing up Harry Potter because it’s relevant, not because they haven’t read any other books. The reader who tweeted that the “Un-American Activities Committee” sounded like something out of a Harry Potter book has been getting a particularly large amount of backlash and insults. Maybe they should have known that the House Un-American Activities Committee was a real thing founded in 1938 in response to fears about Communism, but that doesn’t mean it doesn’t sound Harry Potterish, and it doesn’t mean that person hasn’t read any other books, either. It just means that one reader is making connections between the villains of a beloved work of literature and the world we live in now. 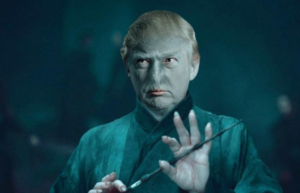 Then there’s Jacob Silverman, who wrote of the phenomenon in The Baffler: “While this turn to the many cherished worlds of fiction may well be helping people work though their bewilderment, it reveals not imagination but a dismal lack thereof.” But that’s just the thing—why not let people work through their bewilderment however they see fit? (And by the way, it’s not just their bewilderment, but their pain, their fear, their heartbreak.) I don’t think this next bit—that the act of doing so via books and films makes “pop-culture liberals overlook the very real horrors already looming for swaths of the population”—necessarily follows. If someone is already going to overlook those horrors, they’re going to overlook them whether they tweet about pop culture parallels or not. If someone is already going to act, they’re probably going to act whether thew tweet about pop culture parallels or not. But if someone is inspired by Hermione Granger to start a community outreach program or defend people getting harassed on the street—which is certainly possible, considering what a boss Hermione is—let’s not groan that they lack imagination. Maybe they do. But so what?

Silverman continues: “When disappointed liberals quote The Hunger Games in the coming weeks, they will only be redoubling the slick and foolish liberal embrace of Hollywood and pop culture that was so fully on display during Hillary Clinton’s failed campaign.” But I think it’s misguided to ignore the fact that creating memes and gifs is one of the ways young people communicate in 2016. Plus, you can’t quite equate the use of literature to process one’s feelings or connect with others to the use of celebrities to promote a presidential candidate. The goals are utterly different.

I do understand why it might be frustrating for some to see so many parallels drawn to a young adult novel about wizards instead of actual historical moments of oppression in which actual people suffered and fought. But actually, the impulse to police other people’s frames of reference is a little bit 1984 itself. And J.K. Rowling has acknowledged that there are “quite consciously overtones of Nazi Germany” in the books, so it’s not completely divorced from actual historical precedent. And as one Twitter user pointed out, why not share our experiences and frames—from literature, history, whatever—instead of mocking others for those that make sense to them?

Ultimately, literature helps us understand and process our world—and sometimes makes us better at living in it. After all, a study found that people who read Harry Potter were less likely to support Trump. Probably this is a generational thing, of course, but maybe, just maybe we’d be better off now if more people had been reading it all along.

Order Of The Phoenix, mount up pic.twitter.com/ZWrZ8M0lAy 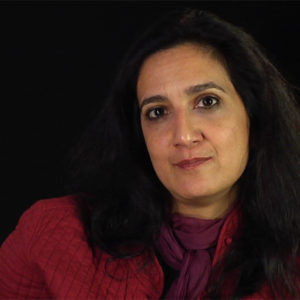 As soon as I heard about Marina Budhos’s latest young adult novel, Watched, I knew I had to read it. I was fascinated to see how a novelist...
© LitHub
Back to top
Loading Comments...