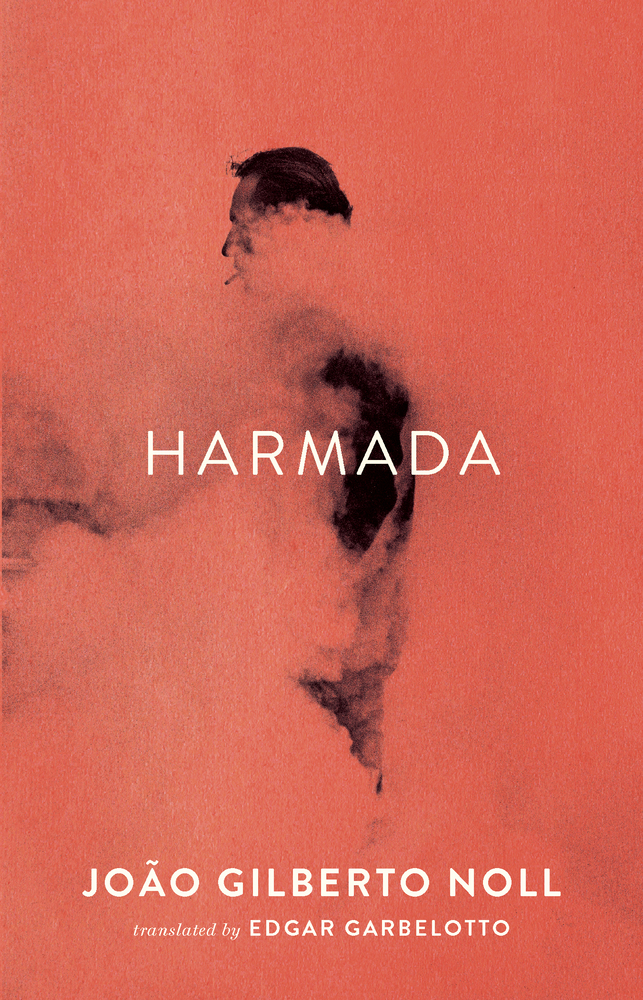 The following is excerpted from João Gilberto Noll's novel, Harmada, translated by Edgar Garbelotto. Gilberto Noll (1946-2017) is the author of nearly twenty books. His work appeared in Brazil's leading periodicals, and he was a guest of the Rockefeller Foundation. A five-time recipient of the Prêmio Jabuti, he was also a Guggenheim Fellow. Garbelotto is a writer and translator. His work has appeared in the Kenyon Review Online, Asymptote, Ninth Letter, and elsewhere. Terra Incognita is his debut novel.

Nobody sees me here. I can lie down on the ground at last, and delight in the earth that has turned to mud after the storm.

Something hits my shoulder. I lift my head and roll onto my back. Next to me, a soccer ball. Farther off, a boy—the owner of the ball.

I grab the ball, urgently. I look at the boy, but I don’t want to get up. I keep lying on the ground, all muddy. The boy looks at me, then fixes his gaze on the ball locked in my hands. His expression gives no indication that he’s scared to see me in this state.

“What’s up with your ball?”

I looked at my hands. And then I threw the ball.

The boy caught it.

“I hurt my leg playing soccer today. I need to put a bandage on before I go to bed. I can’t see the wound very well, it’s back here.”

The boy let this information out mechanically, indifferently, as if he was just saying something to fill the void.

But I decided to take him seriously. I bent over and pressed on his calf near the wound. He yelped, I said it was almost nothing, and I looked up to see a bit of disappointment in his eyes; there was an orange halo around him—the sun was rising on the horizon over some river nearby…

“Some river,” I murmured, distracted.

“Some river,” I repeated.

“I swam a lot before the game,” he said.

I got very close to the boy’s wound. I felt a repulsive taste in my empty mouth, and spat right into the middle of the wound.

“This is good,” I affirmed, resolutely. “The people of Mesopotamia treated their wounds like this. This is very good.”

The boy squinted, bit his lower lip, bent his leg, and looked down at it.

“The cure lies within, that was the way in Mesopotamia,” I insisted.

Once in a while I felt an insect bite my skin, I would then slap that spot, open my eyes, looking right into a crack in the trunk.

After that, the boy sort of emptied himself out, right there in front of me… His body was still whole, yes, with its wound and all, but he seemed somehow hollow. I’m not sure. What I know is that he started walking away until he joined a trail in the midst of the brush, leaving footprints behind him which a small wind quickly erased, covering the marks from his tennis shoes with dead leaves, dried grass, twigs…

I heard the faint noise of raindrops, which may have been dripping into a reflecting pool. Sometimes the noise was more like a dry beat, as if the drops were falling on a zinc surface, perhaps a can. Whatever it was, it had a sharp tone, a defined duration, and it was able to calm me down.

It was then that I decided to curl around a tree trunk…and I fell asleep.

Once in a while I felt an insect bite my skin, I would then slap that spot, open my eyes, looking right into a crack in the trunk, where the tree’s interior was kind of lugubriously and slowly being devoured, but I didn’t move, choosing to subject any inconvenience that could arise in that thicket to my exhaustion; I dreamed about something I don’t remember very well now, but I recall a shapeless force that was strong enough to drag me down, and that— despite being frightened at first—the thing that debased me was not turning me into an apostate per se, but was dissolving my self inside something like a warm passage that reminded me, astonishingly, of a sexual orgasm. This was such a large truth that I woke up at the exact moment of a nocturnal emission. I wanted to confirm it, so I touched my groin, and it was wet.

I managed to untangle myself from the undergrowth; everything perplexed me a little: Were these my nails I was looking at, these open hands, these stretched fingers, these long, long nails, as if I hadn’t clipped them in months? I almost didn’t recognize the house where, at that moment, I seemed to be heading, now, there, just a few steps from it. Is that you? she asked when she saw me opening the door, her hands on the table, her hair blonde and straight, Sandra. I said, You know, Sandra, I need a bath, you know? And a soft song started playing, I think it was coming from the neighbor’s, and I could’ve said the wind, and I could’ve said the fog, and what else could I have said? That I was back and bringing lots of gifts—I just needed to get them from the car, but I was dirty, covered in earth, so I said I needed to take a bath.

As I walked by the bedroom, I saw a man inside, sitting on the bed. I went in, closing the door behind me. The man moved as if to get up.

I opened the door again, controlling my laugh.

Instead of continuing on to the bathroom to turn on the shower, I went back to the main room. Sandra was working on a painting. I got closer— there was a paint-stained cloth, I wiped my mouth with it.

I don’t know how to describe that house, there was nothing in it that was worthwhile, except for maybe that woman painting shadows in a way that seemed filled with electricity. That’s what I said:

“These shadows seem full of electricity.”

I grabbed some clothes I had forgotten in the corner of the room a few months ago. A cold shower to get clean and cool off—that’s what I needed. I was a lumberjack, a bearded man reflected in the glass shower door wearing a yellow baseball cap with a phrase I couldn’t read. That man was all about trying to knock down a dead tree with a hatchet, a bit of hay stuck in his mouth…but this shower, I thought, look at the dirty soup going down the drain…

I could laugh, so that’s what I did, I laughed. No, it wasn’t in front of the mirror, it wasn’t in that bathroom, it was in the tavern where I now found myself, leaning against the bar, talking to the young man who was serving me. He was telling me he had just finished his military service.

That is when I laughed. I laughed, and the young man seemed to laugh a little, too. To be honest, I don’t really remember if he laughed or not.

“Oh,” I said, “not me. I entered the headquarters only once, on the day of conscription, with that long line of naked men, and when my turn came I said to the doctor: I lost my left eye pretending I was a pirate when I was a kid, this one here is made of glass, a boy stuck a wooden sword through my retina and I saw blood gush out—it didn’t even hurt at first. The doctor told me to join the line for the men exempted for physical and mental impairment.”

That is when I laughed. I laughed, and the young man seemed to laugh a little, too. To be honest, I don’t really remember if he laughed or not. What I do know is that, while I was laughing, I noticed a guy sitting next to me with his elbows on the bar, and that guy seemed interested in laughing with me, that’s how it looked at least, for he was sort of giving off an accomplice-like air, but no matter what it was, the guy was signaling something that—to anyone with good intentions—might have been the preamble of a laugh, perhaps. He wasn’t asking me for company, that wasn’t quite it, but I understood something deep inside him was waiting for a chance, and that chance was right there in front of him, and it could only come from me and nobody else.

Lightning bolts ripped the sky. We were walking down a dirt road, and he offered me his handkerchief, which looked white against the dark night, so I could wipe the sweat that was getting into my eyes.

The Silence by Don DeLillo, Read by Full Cast 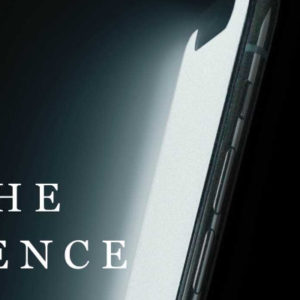 The Silence by Don DeLillo, Read by Full Cast Every Monday through Friday, AudioFile’s editors recommend the best in audiobook listening. We keep our daily episodes...
© LitHub
Back to top