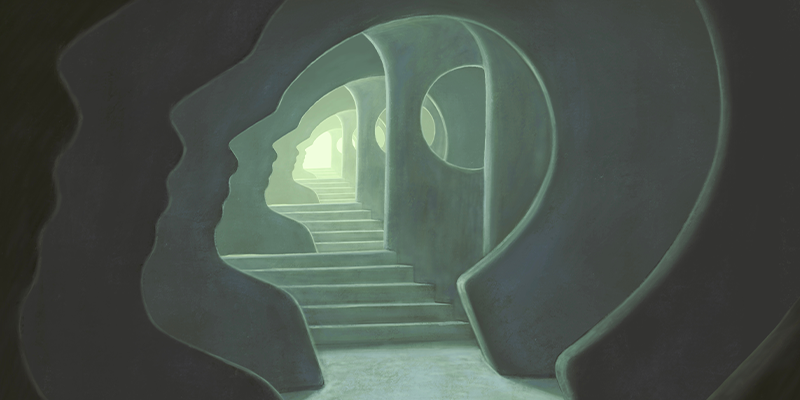 Many studies in psychology tell us that intuition is a very real process where the brain makes use of past experiences, along with internal signals and cues from the environment, to help us make a decision. This decision happens so quickly that it doesn’t register with our conscious mind.

This was demonstrated in a now classic study in which volunteers had to choose cards from two decks, which unknown to them were rigged. One deck gave big wins and big losses while the other gave small gains and almost no losses. It took almost eighty goes on average before the volunteers figured this out.

But here’s the interesting finding: after about only ten cards, volunteers had a sense of which was the “dangerous” deck; upon further investigation, the researchers found that the volunteers experienced what is known as a galvanic skin response—increased sweatiness—when choosing the high-risk/high-gain cards. The researchers concluded that this bodily signal generated an intuitive bias that was used to guide decision-making before the conscious brain was aware of what was happening. It’s clear that in many situations where we must make decisions without having all the facts, having access to this intuitive sense can be advantageous.

Intuition is that part of our mind that presents us with the gist of a situation. These intuitive hints are almost imperceptible, occur rapidly, and allow us to pick up information about the world without intention. It is knowledge that has an unarticulated feel, not taught but acquired by osmosis. Intuition provides the bedrock of our ability to understand complex everyday situations and problems. It’s the “gut feeling” that’s easily missed. Most of us will have had that gut feeling that something is just not quite right, even if we cannot pinpoint why. These intuitions can also be very helpful in tuning us in to the cultural norms of a new situation. Because our brain analyzes patterns and probabilities before our conscious mind has time to catch up, these intuitive hints can be very useful to orient us when we are in new and unfamiliar surroundings.

These intuitions can also be very helpful in tuning us in to the cultural norms of a new situation.

For instance, when I completed my PhD studies at the tender age of twenty-five, I was beyond excited to have landed my first academic job in New Zealand—a country that seemed a million miles away from Dublin. Although Ireland and New Zealand had broadly similar cultures and language, moving was a culture shock. The following weeks and months were a steep learning curve. I learned quickly not to make frivolous jokes about rugby. What was a much-loved sport back home in Ireland turned out to be a national religion in New Zealand and taken very seriously.

No one told me this directly; but I learned fast. Observing people’s reactions and how they spoke among themselves about the game told me all I needed to know. This type of intuitive knowledge is difficult to explain; we just know when something is right and when it is wrong. It is knowledge that guides our behavior without necessarily being available to our conscious awareness. Deeply intuitive people are often thought to have mysterious powers that they can draw upon from the universe, a spiritual source, or some internal hard-wired part of their brain. They seem different in some fundamental way from the rest of us.

The truth is, however, that intuition is not magical. Instead, it is an extension of how your memory and cognitive systems normally work—a mental skill that is affected strongly by your life experience.

The way it works is that your brain gathers as much information as possible, checks this information with the “big data” from your prior experiences, and then makes a prediction. Catching a glimpse of a close friend entering a shop in bad light as you swish past in a car leads to instant recognition. Your brain does not have enough information to make a rational and detailed identification but there are sufficient cues in the shape of her face, the way she walks, or the sweep of her hair that allow you to make a rapid decision.

Deeply intuitive people are often thought to have mysterious powers that they can draw upon from the universe, a spiritual source, or some internal hard-wired part of their brain.

This ability to deduce vital information based on only narrow slivers of experience has been called “thin slicing.” It has been studied intensively by looking at the profound impact that first impressions can have. In one well-known study, students were asked to evaluate their professors at the beginning of their first year before any classes had begun from a ten-second video clip and then again two years later after multiple classes and interactions. The two evaluations were almost identical. This shows us that the initial instinctive impression remained in place and did not shift over a long period. First impressions really do count, even though they may not always be right.

It’s important to note that intuition is an elusive form of intelligence that we acquire through personal experience rather than by means of deliberate learning. Next time you are at a computer, try to type the sentence “Jack was a long way from home” without looking down at your hands. My guess is you will find this fairly easy; but if I then asked you to name, without looking, the ten letters that appear in the middle row of your keyboard, you would struggle. Having to recall the location of the letters relies on explicit memory, which is acquired deliberately, whereas typing relies on your intuitive memory, which is typically acquired unintentionally.

Much of our everyday competence is based on skills and information like this that we have picked up without any explicit instruction.

Think of the many social customs that we understand in an unspoken way, or the way we acquire language as young children. Even with little formal education, native speakers of a language have an intuitive grasp of grammar but often cannot explain the rules of that grammar in any detail. It is based on what is called “tacit knowledge”— knowledge that we know we have, such as tying a knot, riding a bike, or catching a ball, but cannot easily put into words. It is typically learned through actions and everyday experience rather than books or lessons. And we only know we have this knowledge when we perform it, whether it’s a complex dance move or our quick reaction to a dog running into the road when we’re driving. Donald Rumsfeld, the former US Secretary of Defense, famously spoke of the “known unknowns”—the things we know we don’t know, but there are also things we know but don’t know how we know.

To put it another way, intuition provides us with an instinctive understanding of what’s important and what information can safely be ignored. Remember when you were learning to ride a bicycle how you paid intense attention to every move you had to make until gradually the complex series of movements became automatic? As we become expert with a new skill we gradually pay less and less attention to every detail. In fact, the development of expertise involves precisely this: learning to attend to what’s most important and letting the brain deal unconsciously with the rest.

Even with little formal education, native speakers of a language have an intuitive grasp of grammar but often cannot explain the rules of that grammar in any detail.

First and foremost, intuitive powers help with our survival; intuition can guide us toward the most relevant aspects of a scene even when we don’t know it. Our attention orients rapidly to a danger cue: an angry face, say, in a crowd of neutral expressions. No real surprise there.

In one study I conducted, volunteers watched as a series of images were flashed up in different locations on a computer screen. Some of these images portrayed angry or fearful facial expressions while others were more pleasant, with happy smiling faces. When we measured where their eyes and their attention tended to land what we found was that the angry expressions drew their attention much more than other expressions. What was surprising was that when I prevented the conscious perception of the faces by presenting another jumbled image over them after just seventeen milliseconds— blocking the perception of the faces—the now invisible danger signals had an even stronger draw on attention. Even though my volunteers were not aware of what, if anything, had been presented, the angry faces still pulled their attention much more than the happy faces. Further studies showed us that a galvanic skin response was alerting my volunteers to the danger cues, just as in the earlier studies with different decks of cards.

This is an example of intuition—or what’s often called a “gut feeling”—in action. A subtle bodily cue pushed volunteers to pay more attention to these images. Our gut feelings are important and ensure that we pay attention to the most relevant aspects of our environment. It’s important to remember, however, that gut feelings are not always correct. That’s not the point of them. Gut feelings will not give you clear right or wrong answers that you can then rationally evaluate. That is simply not their function. You may not always get it right, as intuition is not a black-and-white art. Nevertheless, your intuition gives you bonus evidence to guide your judgment.

Albert Einstein has been widely quoted as saying, “The intuitive mind is a sacred gift, and the rational mind is a faithful servant. We have created a society that honors the servant and has forgotten the gift.” Gut feelings, or intuitions, are there to guide you toward a more rational analysis and help you to adapt in dynamic and rapidly changing environments. There is little doubt that we need both—intuitive perceptions and rational analysis—to make the best decisions we can. 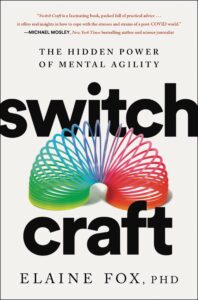 Adapted excerpt from Switch Craft by Elaine Fox and reprinted with permission from HarperOne, an imprint of HarperCollins Publishers. Copyright 2022.

Elaine Fox, PhD is a psychologist, author, and the Head of the School of Psychology at the University of Adelaide, Australia. Prior to her move to Australia, Dr. Fox founded and directed the Oxford Centre for Emotions & Affective Neuroscience (OCEAN) at the University of Oxford, a renowned research center exploring the nature of resilience and mental wellbeing. A cognitive psychologist by training, she is a leading mental health researcher combining genetics, psychology, and neuroscience in her work. Dr. Fox also runs Oxford Elite Performance, a consulting group bringing cutting-edge science and psychology to those at the top levels of sport, business, and the military. Her 2012 book Rainy Brain, Sunny Brain is an international bestseller.

On Muriel Spark’s Complicated Balancing of Writing and Motherhood 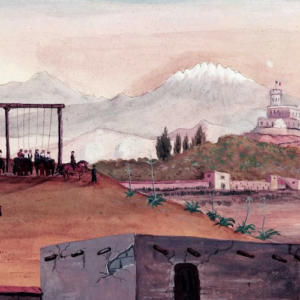 They marched them all out of their prison, down the corridors where the sounds of their shuffling feet and dragging...
© LitHub
Back to top
Loading Comments...