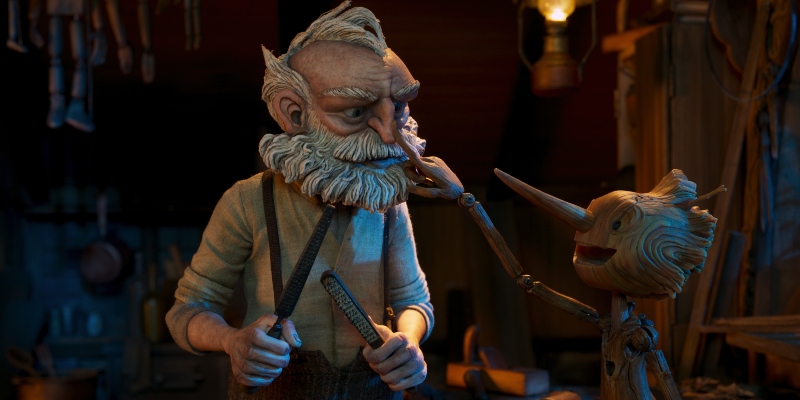 Of the numerous films Federico Fellini was unable to make in his lifetime, his version of Carlo Collodi’s 1883 novel The Adventures of Pinocchio is perhaps the one he most lamented. Characteristically nonconformist as a kid, Fellini disliked books, which he associated with adults and school, and “school did not seem to be something that opened up the world,” he said in I, Fellini, “but something that closed it, something that interfered with my freedom and imprisoned me for the longest and best part of the day.” Collodi’s fable—about an obstinate youth who defies authority at every turn—makes sense as a narrative that had “an enormous influence” on the great Italian filmmaker.

Which is not to say that Fellini didn’t have his quibbles with the text: “The end of the book is the poorest part,” he told Charlotte Chandler in one of the interviews that make up I, Fellini, “because Carlo Collodi, as a 19th-century man, moralizes when the puppet becomes a boy.” Instead of a happy ending, Fellini saw it as tragic, “because, losing his marionettehood, Pinocchio loses his childhood, the marvelous life of knowing animals and magic, in return for becoming a good, conforming idiot.”

Fellini is correct about Collodi’s moralizing—although it occurs throughout and not just in its conclusion. Geppetto’s first encounter with his living puppet leads to a public chase in the streets and Geppetto going to jail (ostensibly because he picks Pinocchio up and threatens him, but no one seems that shocked by the talking marionette or wonders if he even feels pain). Pinocchio, apparently unmoved by Geppetto’s arrest, runs around freely and soon returns to his maker’s house, where he meets a talking cricket who introduces himself as… “the talking cricket.”

The loquacious orthopteran offers Pinocchio this tidbit of wisdom: “Woe to those boys who revolt against their parents, and run away from home. They will never do any good in this world, and sooner or later they will repent bitterly.” Pinocchio becomes annoyed and throws a hammer at the cricket, killing him. (Yeah, you read that right: in Collodi’s original, the iconic character is killed by Pinocchio in Chapter Four. The cricket returns later in the story, but as a ghost.)

The behavior Geppetto attempts to instill into Pinocchio is no longer some empty moral but rather an impossible ideal.

Collodi’s moralizing is stridently conventional: obey your elders, go to school, get a job, don’t be lazy, et cetera. There are no questions about the validity of the status quo; the way things are is treated as intrinsically no different from the way things should be. Does the cricket believe that “boys who revolt against their parents” deserve the woe that befalls them? Or is the woe merely an unavoidable consequence? The patronizing tone of the text makes the former much likelier.

Surprising, then, that pioneering and iconoclastic figures like Walt Disney and Fellini—and now Guillermo del Toro—found such inspiration in a novel that argues for conformity. What’s less surprising is that each of these filmmakers amended Collodi’s tale to suit their thematic intentions. For instance, Pinocchio’s most famous attribute—that his nose grows when he lies—isn’t exactly the whole truth: in the text, when Geppetto finishes making Pinocchio, the puppet’s nose extends uncontrollably without him saying anything at all, leading some scholars to argue that it is anxiety, not fabrication, that causes the growth. Disney, by going all in on the lying trope, shifted the moral from a general “do as you’re told” lesson into what Roger Ebert called an “unforgettable parable about the dangers of telling a lie.”

Guillermo del Toro’s Pinocchio (premiering December 9th on Netflix) adds new flourishes too. The setting is now pre-WWII Italy as Mussolini rises to power. Geppetto has lost a young son, Carlo, during the first World War, rendering Pinocchio a stand-in for his dead child—the wood Geppetto uses to build his puppet comes from a tree grown near Carlo’s grave. The behavior Geppetto attempts to instill into Pinocchio is no longer some empty moral but rather an impossible ideal, like Vertigo for bereaved parents.

Pinocchio isn’t failing to live up to an abstract directive; he is failing to be Carlo. In Collodi’s novel, becoming a real boy means becoming a good citizen, and in Disney’s cartoon it means growing up. In del Toro’s vision, it means becoming who you are, regardless of the unfair expectations bestowed on you. The most insightful lesson here is actually taught to Geppetto, who must realize that Pinocchio isn’t Carlo, that Pinocchio is, in fact, only himself. He cannot carry his father’s grief.

Like Fellini, del Toro would never craft a story that sides with authority, especially authorities of the state.

This conflict reverberates throughout all the elements of a story we know so well. Instead of running away out of sheer curiosity or gullibility, del Toro’s Pinocchio leaves home because Geppetto tells him that he’s a burden. “I don’t want to be a burden,” he explains to Sebastian J. Cricket, “I don’t want to hurt Papa and make him want to yell at me like that.” What’s more, Pinocchio joins the carnival explicitly to earn money to send back to Geppetto, whose career as a woodworker stalled after Carlo’s death. By complicating these characters, del Toro also complicates the morality. How does a child learn to navigate the world when his parental guide’s instructions are muddied by pain and loss? Children cannot serve to correct the mistakes of parents, or even avoid them. Mistakes make us.

As the fascist setting indicates, del Toro clearly sides with Fellini’s interpretation of individuality versus conformity. An officer of Mussolini’s podesta (voiced by Hellboy himself, Ron Perlman) and the local priest pay a visit to Geppetto’s home after the appearance of a living puppet frightens the townspeople. Pinocchio, ever the petulant child, begs for hot chocolate, annoying Geppetto, who tells him, “Obey your papa.” Moments later, the priest tells Geppetto, “Podestà watches over the town’s moral well-being, you understand? His authority cannot be questioned.” Later, the menacing policeman describes Pinocchio ominously as “quite the dissident. An independent thinker, I’d say.” A government that views a puppet as too free is troubling, to say the least.

Del Toro here conflates the personal and political, dramatizing how the lives of individuals are affected by the cruel caprices of history, particularly war and oppression, frequent themes in his films. Pan’s Labyrinth (2006) is set in the Franco dictatorship after the Spanish Civil War and features a hardcore Falange officer who hunts down guerrilla dissenters. The Shape of Water (2017) plays on American Cold War secrecy and paranoia, and the villain once again is an officer from the military. Like Fellini, del Toro would never craft a story that sides with authority, especially authorities of the state.

He takes a familiar fairy tale and imbues it with human frailty and historical darkness.

Instead, he takes a familiar fairy tale and imbues it with human frailty and historical darkness. He also amplifies the spiritual elements. Pinocchio is technically immortal, but he can kind of die. When that happens, he is taken to a purgatorial realm where the Blue Fairy (voiced by the ever-ethereal Tilda Swinton) makes him wait longer and longer each time before he can return to life.

It seems like a strange addition until it becomes clear that in del Toro’s vision, Pinocchio becomes mortal not because of a wish or some vague desire to be a “real boy,” but because he makes a choice—actually, a sacrifice—in order to save his father. A mortal human life is not automatically viewed as a generic good, but rather an existence, as Geppetto says, full of “such terrible, terrible joy.” This makes the denouement more effective and emotionally resonant than any other version of the Pinocchio story I’ve seen.

Not everything in the film is quite so heavy, of course. Ewan McGregor’s Sebastian is a delightful character who, in nod to the talking cricket’s fate in Collodi’s original, is repeatedly stomped and smooshed. The stop-motion animation (with co-director Mark Gustafson) is as visually compelling as anything he’s ever made—the underwater sequences in particular are stunning. The music and songs by Alexandre Desplat (the Oscar-winning composer of The Shape of Water and Wes Anderson’s The Grand Budapest Hotel) are lively and fun, though one can’t help but compare them unfavorably to the stone-cold classics of the 1940 Disney version.

The story of Pinocchio, which began as a rigid parable about obedience, is now a lot like the marionette that Geppetto attempts to make from the beginning: its actions and meanings dependent on the person holding the strings. It can dance and tell jokes, or it can stand stolid and deliver a lecture. There are numerous retellings of Pinocchio, but the best ones, like Disney’s and del Toro’s, seem to stand on their own. 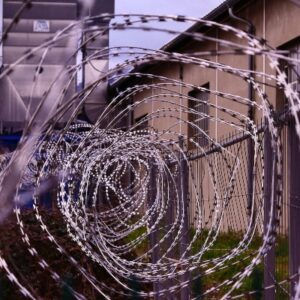 In the spring of 2015, Shakyra Diaz walked into the Fifth District police station in her hometown of Cleveland, Ohio, to file...
© LitHub
Back to top