On Having a Legendary Comedian for a Dad

Kelly Carlin, author of A Carlin Home Companion: Growing Up With George, will appear at House of SpeakEasy‘s next Seriously Entertaining show, Altered States, at New York’s City Winery on September 22 alongside Joe Klein, Rowan Ricardo Phillips, Emma Sky, and Doug Wright. She was interviewed by House of SpeakEasy’s online editor, Charles Arrowsmith, ahead of the book’s publication this week.

In her new memoir, A Carlin Home Companion: Growing Up With George, Kelly Carlin remembers growing up as the daughter of one of America’s greatest countercultural comedians. It’s a very funny book, but also full of pain, as Kelly relates the struggles George Carlin and her mother, Brenda, had with drugs and alcohol. The stories that emerge from these times can be hilarious, but we also see the violence and suffering they bring. Kelly lives through her parents’ addictions and also, later, her own problems with substance abuse. In her solo shows over the last few years, and now in her book, published today, she’s found a way of remembering her parents and reconnecting to her own past in a way that’s both brilliantly funny and full of wisdom.

“It was doing my solo show that helped me re-examine my memories and create a fresher, more up-to-date narrative than I’d been carrying around,” she says. “The death of my father in 2008 gave me room to examine our relationship and see the parallels between our lives, and the places we missed connecting with each other. Without working this material over the last four years with Paul Provenza, my director, I think my story would have not been ready to tell in book form.”

While writing her earliest solo shows, Kelly also studied psychology and became a counselor. “Studying Jungian psychology freed me from my own personal pain around my childhood,” she reflects. “I learned to not take anything that happened to me personally. I was able to see how my parents and I at times abdicated responsibility for our actions and how that affected us. I was able to see how the power of the unconscious wreaks havoc through addiction, family system dysfunction and other self-destructive behaviors. And ultimately, I saw that writing my book, telling my story out loud, was for me, an act of individuation—something Jung holds as the purpose of our life here.”

As many writers have found—one thinks of Joan Didion’s maxim, at the start of The White Album, “We tell ourselves stories in order to live”—the act of storytelling can itself be illuminating. Carlin agrees. “I believe that with the very act of putting your lived stories into words on a page with a beginning, middle and end, you completely shift your relationship to them. You get to make them an object outside yourself, and for me, this has been healing. In the past, these stories shaped my pain and my inability to function well. But being able to first re-contextualize them through therapy and other work on myself, and then writing them and sharing them with audiences, I have been able to detach from them and hold them in a place of love. They are now part of a personal mythology. And every day, that mythology evolves as I live forward.”

The love Carlin found later in life shines through in many of the passages that deal with her childhood, which use humor to illuminate what must have been very difficult times to live through. “To be able to bring humor to those times is essential for my mental health,” she says. “When you can learn to laugh at your pain, then you have a chance of finally moving on from it.” Learning to laugh, it seems, is all part of the process. “Yes, I’m always drawn to people who are not afraid to be wrong, look messy and laugh at themselves. I have learned to be strong from others’ vulnerability. Reading other memoirs, I am also fascinated with how people got from the mess in their lives to some sort of ability to be free of enough of their own bullshit to find their ability to create and express. Not a surprise since I have had such a challenge in that area of my life.”

One of the great pleasures of reading A Carlin Home Companion is seeing George again, vigorous and quick-witted and a real sharpshooter when it comes to the absurd. One wonders what he’d think of the 2016 election cycle, already in full swing. “We will never know what amazing insights he would have had,” Carlin laments, “so I just remind people of what he said: ‘When you’re born you get a ticket to the freak show. When you’re born in America, you get a front-row seat.'”

By Kelly’s account, George Carlin’s life generally constituted his example as a father. But two pieces of direct advice, both delivered to her with great vehemence, do stand out in the book: don’t smoke cocaine (which came a touch too late), and don’t be a stand-up comedian (which came just in time). “What else do I wish I’d known?” Kelly wonders. “Be kind and empathic, but it’s not my job to rescue the world.”

Carlin’s legacy is assured, not least by the fourteen HBO specials he recorded between 1977 and 2008 (Jammin’ in New York was his favorite). Many of his best-known one-liners and skits, including “Seven Words You Can Never Say On Television,” have become common cultural currency. “There are so many profound ones!” Kelly says. “I’ve always liked the silly ones like, ‘When you step on the brakes your life is in your foot’s hands.'”

And Kelly Carlin’s a part of that legacy too. First as a counselor, then with her solo shows, and now with her book, she’s bringing George’s iconoclasm and no-bullshit attitude to new audiences across America, at a time when we seem to need it more than ever. Nor is she a lone wolf on the circuit. After George’s death, Kelly became close to Rain Pryor, daughter of Richard, and in the book she recalls counseling the daughter of another famous comedian. Is this a specialized therapy group—or some kind of comedy supergroup—waiting to happen? “Waiting? It may not be formalized, but we sisters stick together. We have an unspoken understanding of what it is like to be a daughter of comedic genius. It’s a great sense of belonging to just look in Rain’s eyes and see myself.”

Nepantla: A Journal Dedicated to Queer Poets of Color 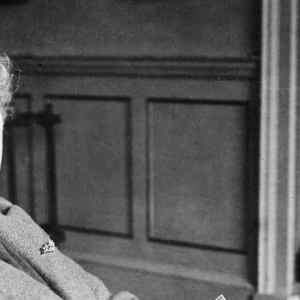 Growing up with George Carlin, personal mythology, and learning to laugh at your pain. | Literary Hub Joyce Carol...
© LitHub
Back to top