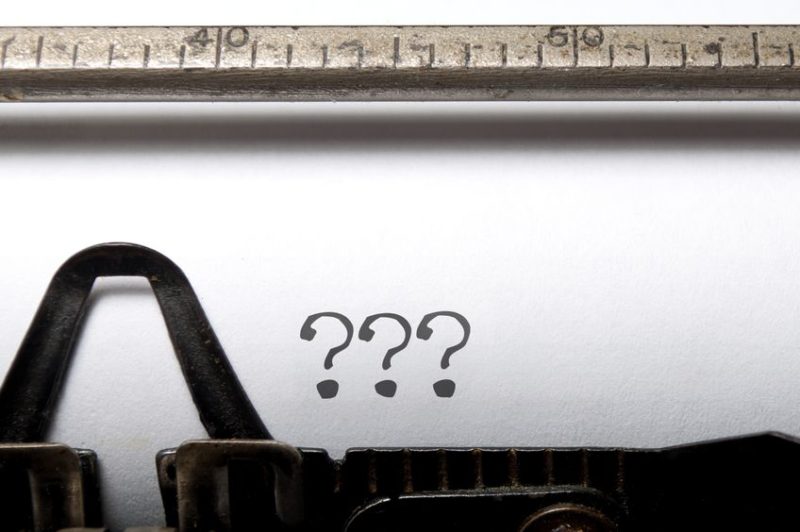 Got Writer’s Block?
Read This Poem

“Perhaps one source of malaise is my non-writing,” Philip Larkin complained in a 1971 letter. “I feel very much that my twenty or so poems aren’t very good, & need good ones, all of The Whitsun Weddings standing, to buck them up, only I can’t get around to writing them somehow.” Edgar Allan Poe—according to the diary of Marie Louise Shew—struggled to write “The Bells” in 1847, and said to her: “Marie Louise, I have to write a poem; I have no feeling, no sentiment, no inspiration.” Rita Dove has talked about how people assume that because we all use language—we “talk everyday”—that poets should be able to just sit down and write. “But it’s a different use of language; it is the sounds of the language, the way of telling something, that makes a poem for me. There’s nothing new under the sun, but it’s the way you see it.”

All writers are susceptible to writer’s block, but perhaps none more acutely than poets. Poets complain of dry periods when nothing works; when verse feels like an impossible, forgotten language. Mary Ruefle has said that the struggle of writing requires “patience and faith,” and that writers need to accept that sometimes we are “wasting time.” Not the easiest thing to accept, I know. But I recommend poets and writers read a poem from 1889 for some unlikely inspiration.

Gerard Manley Hopkins wrote “To R.B.” on April 22, 1889. The Jesuit priest had completed a drawing that day of a local stream from “Lord Massey’s domain” in Dublin. It was the day after Easter Sunday, and he had been feeling sick. He held onto the poem for a week, and then mailed it to the R.B. invoked in the title: Robert Bridges, his longtime friend. They’d met in 1863 at Oxford, and began writing letters to each other in 1865. Despite a few pauses, their correspondence would continue for over 20 years. Bridges, who would become Britain’s poet laureate, later collected and published Hopkins’s poems in 1918. The two close friends disagreed often—about Catholicism and poetry—and despite Bridges’s tepid preface for Hopkins’s collected poems, he deserves credit for the publication of Hopkins’s innovative, essential work.

Hopkins is playful, pointed, and proud in his letters to Bridges. After Bridges offered some critical advice for his poem “The Wreck of the Deutschland,” Hopkins said that his “verse is less to be read than heard,” and advises Bridges to study his explanations of sprung rhythm. “I do not write for the public,” Hopkins told Bridges. “You are my public and I hope to convert you.” Convert, for Hopkins, held a multitude of meanings—but for Hopkins, all roads led to poetry.

“I am ill to-day, but no matter for that as my spirits are good,” Hopkins began his April 29 letter to his friend. “I believe I enclose a new sonnet . . . This one is addressed to you.” His first phrase—“The fine delight that fathers thought”—speaks to the joy of an idea, implying that a certain feeling comes before the poetic thought.

That gentle arrival becomes a bit sharper with the following words: “the strong / Spur, live and lancing like the blowpipe flame.” His sounds move from f to s to l, the last a sound he would return to later in the poem (we might wonder if Hopkins, lost in the terrible reverie of sickness, might have thought of that sound from the flowing stream that he’d sketched that same day).

“You are my public and I hope to convert you.” Convert, for Hopkins, held a multitude of meanings—but for Hopkins, all roads led to poetry.

The inspiration described in the first two lines, Hopkins warns, “breathes once,” but that breath is “quenchèd faster than it came.” Writers know that feeling: the surge of inspiration, the rush that comes within even a single sentence, phrase, or even word of creation. But then it is gone, and we are left longing for that feeling again. “Nine months she then, nay years, nine years” does that absence of inspiration feel. Hopkins used birth metaphors and language elsewhere; the year before, he said that two poems, “Tom’s Garland” and “Harry Ploughman,” were “conceived at the same time.” But this gestation is too long, and is merely the “widow of an insight” now.

At the sonnet’s volta, Hopkins offers his desire: “Sweet fire the sire of muse, my soul needs this; / I want the one rapture of an inspiration.” This is the language of conflagration; of abject craving. We should remember that these lines are not whispered into the air. They are invoked to his friend. While it might be difficult to describe the ecstasy of creation, all writers have language for failure. Hopkins then constructs four precisely paced final lines:

O then if in my lagging lines you miss
The roll, the rise, the carol, the creation,
My winter world, that scarcely breathes that bliss
Now yields you, with some sighs, our explanation.

We can feel the sighs within those lines. They are careful and honest. “To R.B.” was written to capture the struggle of drafting a poem, but its skill and grace suggests that Hopkins, sick as he felt, might have had a trick for his friend. This is no paltry draft; no forced verse. Hopkins wrote a poem that shatters writer’s block with the compressed power that only a sonnet can deliver.

In his editor’s preface to Hopkins’s collected poems, Bridges said that his friend had two faults: “they may be called Oddity and Obscurity; and since the first may provoke laughter when a writer is serious (and this poet is always serious), while the latter must prevent him from being understood (and this poet has always something to say).” Bridges might sound like a jerk here, but he was laying bare his own aesthetics. Hopkins embraced his ecstatic strangeness, admitting “no doubt my poetry errs on the side of oddness.” Yet for Hopkins, that oddity was charged with the Holy Spirit—and Bridges, skeptical of Hopkins’s faith, would never understand. Bridges showed his love for Hopkins in other ways. At the end of his preface, he says “it is lamentable that Gerard Hopkins died when, to judge by his latest work, he was beginning to concentrate the force of all his luxuriant experiments in rhythm and diction, and castigate his art into a more reserved style.” The poem Bridges describes is likely “To R.B.”

“To R.B.” was the final poem written by Gerard Manley Hopkins. Two weeks later, Hopkins became very sick; he died of typhoid fever in early June. “To R.B.” is both a lament and apology for Hopkins’s lack of inspiration and creation, but accumulates to the ironic conclusion that an explanation of writer’s block is itself a poem. Contemporary poets and writers might learn from Hopkins that the struggle to write is itself a form of creation—a lesson that might help all of us to keep going in the face of failure. 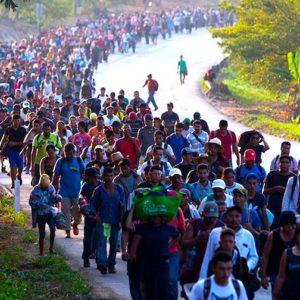 Donald Trump’s most notable immigration reform idea is the building of his “big, beautiful wall.” As I’ve been reporting,...
© LitHub
Back to top