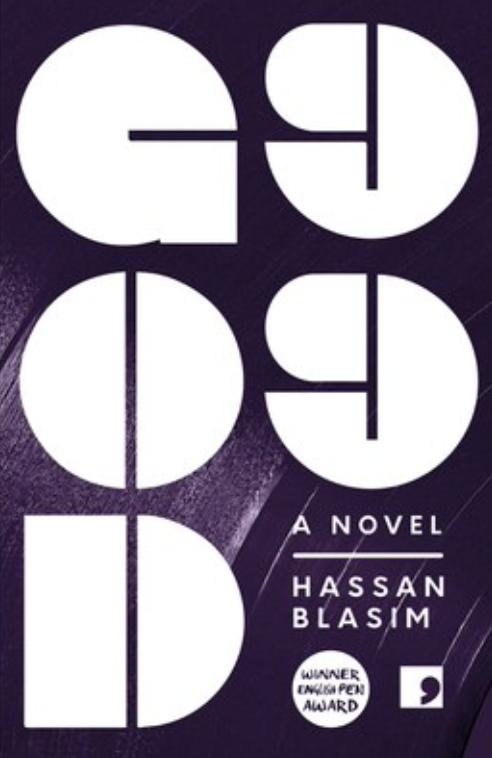 The following is excerpted from Hassan Blasim's latest novel, God 99, translated by Jonathan Wright. Blasim is an Iraqi writer currently based in Finland. His second story collection, The Iraqi Christ, won the 2014 Independent Foreign Fiction Prize, becoming the first Arabic title and the first short story collection ever to win the award. Wright (translator) has translated more than a dozen Arabic novels and short-story collections into English since 2008.

In the visiting room, the inmate tells me his story about Abdallah and the ninety-nine names of God. The names are a fundamental part of the theory of the unity of God in Islamic religious thought. They are the centre, the source, the ultimate expression of faith. The more a Muslim knows about the names and attributes of God, the greater his faith and the stronger his conviction. God Almighty has many names and attributes that are established in the Sunna and in the Quran. These are the attributes that God has ascribed to Himself or that his prophets have mentioned. Belief in these attributes is seen as obligatory, and the attributes of God are unlike those of created beings, because God’s attributes have the quality of perfection or completeness, and they cannot possibly be imperfect. We deduce this from the verse of the Quran that says, ‘There is nothing like Him: He is the All-Hearing, the All-Seeing.’

The Prophet Muhammad, peace be upon him, explained that God has ninety-nine names that are mentioned in the Quran or in the Hadith, the sayings of the Prophet Muhammad. ‘God has ninetynine names, one hundred minus one, and those who know all of them will go to heaven.’ The names are: the Compassionate, the Merciful, the King, the Holy, Peace, the Believer, the Dominant, the Almighty, the Omnipotent, the Supreme, the Creator, the Initiator, the Fashioner, the Forgiving, the Conqueror, the Donor, the Provider, the Opener, the Omniscient, the Restrainer, the Extender, the Abaser, the Exalter, the Bestower of Honour, the Bestower of Dishonour, the Listener, the Seer, the Arbiter, the Just, the Benign, the Gentle, the Knowledgeable, the Indulgent, the Magnificent, the Pardoning, the Grateful, the Lofty, the Great, the Preserver, the Nourisher, the Reckoner, the Majestic, the Noble, the Watchful, the Responsive, the Vast, the Wise, the Affectionate, the Glorious, the Resurrector, the Witness, the Truth, the Trustee, the Strong, the Robust, the Friend, the Praiseworthy, the Accounter, the Originator, the Giver of Life, the Bringer of Death, the Living, the Everlasting, the Finder, the Illustrious, the Unique, the One, the Eternal, the Powerful, the Determiner, the Expediter, the Delayer, the First, the Last, the Manifest, the Hidden, the Patron, the Exalted, the Benificent, the Merciful, the Avenger, the Pardoner, the Kind, the Sovereign, the Lord of Majesty and Honour, the Equitable, the Unifier, the Rich, the Enricher, the Preventer, the Harmer, the Benefactor, the Light, the Guide, the Incomparable, the Everlasting, the Inheritor, the Guide, and the Patient.

When I was fifteen years old a car bomb exploded in our street. On the television news they called them sectarian car bombs. The windows of the house were shattered and the photograph of my grandfather fell off the wall. We picked up the broken glass and cleaned the place up. We took a rest and drank some cold water, then turned on the television to see what they would say about our sectarian car bomb. The politicians and journalists were exchanging insults and accusing each other of treason and serving the interests of neighbouring countries. My mother got up to cook some fish while I helped my father put the photograph of grandfather back on the wall. We laid the table and ate a large roast fish with salads, and my mother thanked God we were safe. My father gulped down a glass of cold ayran, then put his hand on my shoulder and said with dramatic solemnity, ‘You should hear the story of your grandfather. It would help you understand the sectarian car bombs and the bloodshed and oil that fuel them.’ My father drank another glass of ayran and expounded on the subject of grandfather, who had been a leading member of the communist party and was tortured at length in prison before the regime eventually executed him in the 1970s. My father told me the story of my grandfather from when he started his struggle until the time he was hanged. It was a rambling, incomprehensible story, full of internal and external twists and subject to something called the disease of forgetfulness among humans. Betrayals, bloodshed, secret chambers, screams, and eyes waiting in the dark for hope or death. I felt a little dizzy and I didn’t really understand any of it. My mother poured more cold ayran into my empty glass and said, ‘Don’t trouble yourself, my son. Drink your ayran, go to your room and read for your future.’ I drank as I was told and asked, ‘And what are your political leanings, Father?’

When I was fifteen years old a car bomb exploded in our street. On the television news they called them sectarian car bombs.

‘I, my dear son, am a leftist who’s lost hope!’ he replied jokingly, and lit a cigarette.

The religious parties and their militias had done well in the recent parliamentary elections and now dominated the government. In those days we were planning to escape the country. We decided to sell our house to pay the smugglers to take us to Sweden. A few days after the car bomb my father and I went to the local coffee house. We ordered two teas and a backgammon set. The coffee shop was full of customers and cigarette smoke. ‘Why doesn’t the left win the elections?’ I asked my father. He said the subject might be a little tricky for me to understand, but he would give me some clues that might help me in the future if I wanted to explore the history of mankind. I noticed that my father couldn’t speak about it succinctly. He repeated his ideas and phrases. He spoke at length as usual, weaving a weird and murky tale about capitalism and the West.

‘Listen, my dear son,’ he said, ‘the capitalist West destroyed the left in our country during the Cold War, so all we had left to choose from was either dictatorship or the fascism of the Islamists. The war was cold for those in the West, but bloody and hellish for us. They supported military coups and dictators everywhere for the sake of their cold war and their cold selfishness. The West’s superiority, its power and arrogance was built up through centuries of invasion and imperialism. They built their civilisation and the values that they boast of today on millions of corpses and they forgot that their values and their civilisation are just a mixture of the cultures of all the peoples in the world, whose resources and assets they have plundered. In the past they sent their troops to kill and steal brutally, but now they kill with democracy-spreading smart bombs and steal through giant transnational companies. After independence from imperialism, civil society and democracy began to develop slowly in our country amid the storms of their cold war. There were open-minded, educated and wellmeaning generations that dreamed of building a better life for people. But the young people weren’t given a chance. The capitalist West backed the repressive regimes and trained their secret police in the most horrific forms of torture and in how to silence and eliminate all their opponents. They sold weapons, chemicals and gas to dictatorships all around the world. The strategic plans of America and its allies changed. For example, they decided to get rid of our dictator. They propagated chaos to establish a breeding ground for Islamist terror in our country, under their supervision, in order to protect their interests. Today armies made up of uneducated and unemployed young men are the fuel that feeds the machine of jihad. They are dummies stuffed with fear, futility and ignorance. Dummies that are moved by selfish, narrow interests, regional and global. Europe and the West in general are still waging their cold war on the same old battlefields. The West has to pay the price for the destruction it has wrought on several continents. The mass migrations and the refugees that are flooding in that direction today, travelling to Europe on foot, are, I believe, leading the largest demonstration against injustice and capitalism so far this century. It’s a demonstration by land and sea. If I had enough money, I would help move all the victims of capitalism around the world to Europe. Let people sleep in the banks and in the offices of the big companies, let them sleep in the white U.N. building and the white World Bank, let them take over their white International Criminal Court, which allows murderers such as Bush and Blair to go free and relish the crimes they have committed. Let refugees sleep in the skull of the octopus of capitalism.’

After my father’s lecture on capitalism in the men’s coffee shop, we went to the market. We bought vegetables and bread. Mother made tea and cakes for us and we sat in the sitting room watching a Hollywood film about heroic American soldiers killing Iraqis in Iraqi towns. I didn’t watch the whole film. I went off to my own room. A few days earlier I had bought a poster for the film Kill Bill. I took some glue out of the drawer and hung it above my bed. I sat looking at it, thinking about what my father had said. So why were we moving to Sweden, I thought. If the leftists couldn’t stand up to imperialism, why don’t we let the Islamists do the job?

Excerpted from God 99 by Hassan Blasim, translated by Jonathan Wright. Excerpted with the permission of Comma Press.

How many of Obama's favorite books of 2020 have you read? 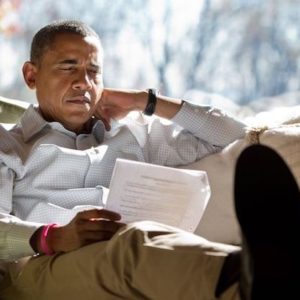 How many of Obama's favorite books of 2020 have you read? Barack Obama, the most powerful force in end of year book recommendations, has just dropped his 2020 favorites list. As we've...
© LitHub
Back to top