Given YouTube’s World Domination, Should the Google-Owned Platform Be More Aggressively Regulated?

Mark Bergen in Conversation with Andrew Keen on Keen On

Mark Bergen has been one of the leading business journalists covering everything about Google for more than seven years. He writes for Bloomberg and Businessweek, and previously reported on technology and media for the premier industry publications Recode and Ad Age. Before that, he covered business and economics from India, writing articles for The New York Times, The Wall Street Journal, Time, Reuters, the BBC, The New Yorker, and several other outlets. He has frequently discussed his Google reporting on Bloomberg TV, CNBC, MSNBC, and NPR stations. He lives in California and watches a considerable amount of YouTube. 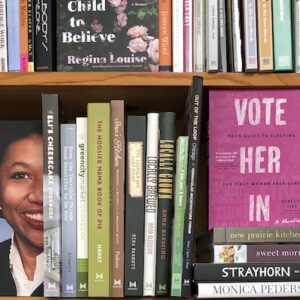 Agate Publishing, based in Evanston, Illinois, celebrates its 20th anniversary this October. President and publisher Doug...
© LitHub
Back to top