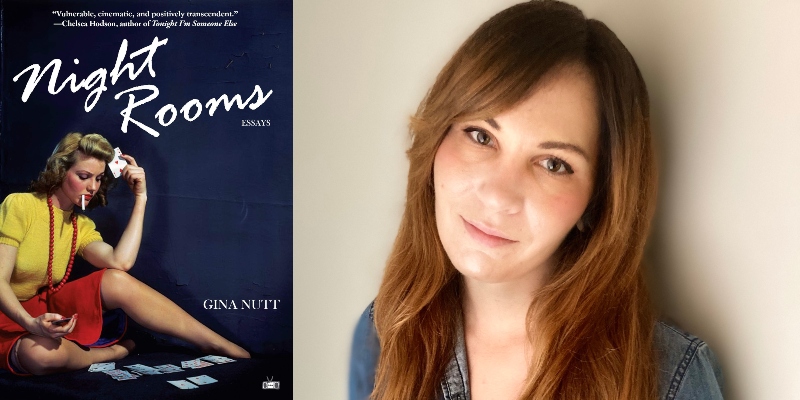 Gina Nutt is the guest. Her new essay collection, Night Rooms, is out now from Two Dollar Radio.

Gina: There was a lot of labor that went into finding cohesion and making it feel like it wasn’t just a bunch of scattered thoughts that somehow fit together. From the start, I was thinking of it and conceiving of it as a whole book, and I saw an arc once I decided to go for it as a book. A lot of the time I spent was figuring out where I could move pieces and how I could amplify that arc and some of the callbacks that happen later in the collection. Because there’s a lot of circularity in the book, too. I write about Ithica early on and circle back to it, but that wasn’t a natural thing. That was something that emerged after revision and after a lot of moving pieces around and just feeling stuck.

I think for me, getting stuck is really important, and feeling frustrated to the extent where I’ll step away from a project or a piece of work for a while and come back to it later. And so that was a big part of it, was getting stuck a lot, but also just waiting and being patient, because I think when we give ourselves time, that’s when you just kind of can step away and say, OK, this thread emerges later or this idea emerges later. I think, too, that’s a way we can let our minds evolve and let ideas evolve and mature in a sense.

Brad: And also sometimes, I think if you step away from a piece of writing, if you find yourself in a stuck place—and maybe especially if you’re working in this kind of collagey, associative, lyrical, poetic, however you want to describe it mode—sometimes you step away, you give it some breathing room, you come back to it, and suddenly there’s a fresh association. It’s like the missing puzzle piece.

Gina: Yeah, and that was something that happened to me as I was working on it. At a point as I was revising, I realized that the manuscript in a Word doc was just way too unwieldy, because there were too many pieces and too many parts. So I actually made color-coded notecards that were basically different threads. I had the different horror movies on blue notecards. I had different memories from childhood, from teenhood, from the present moment, and those were all on different color cards that I taped up on my office wall. And I started moving pieces around and pulling pieces off the wall, adding new ones. That’s when I really felt like the book was starting to take shape, and I was seeing those new ideas emerging in those new threads.

It was also kind of a motivator. I’d come into my office every day and see this wall of unfinished ideas and unpursued thoughts that were waiting for me. So during times when I was stepping away, it was nice to feel like this is still here, it’s just hibernating. But when I was working on it, it was really good to be able to go between this unwieldy Word doc and something that felt like it was taking shape and emerging.

Gina Nutt is the author of the poetry collection Wilderness Champion. She earned her MFA from Syracuse University. Her writing has appeared in Cosmonauts Avenue, Joyland, Ninth Letter, and other publications.

The Year I Flew Away by Marie Arnold, Read by the Author

Seth Goldenberg on Developing a Practice of Radical Curiosity 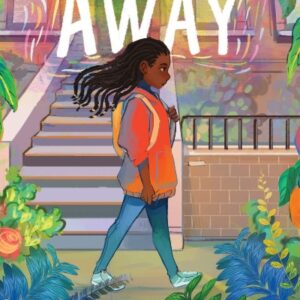 The Year I Flew Away by Marie Arnold, Read by the Author