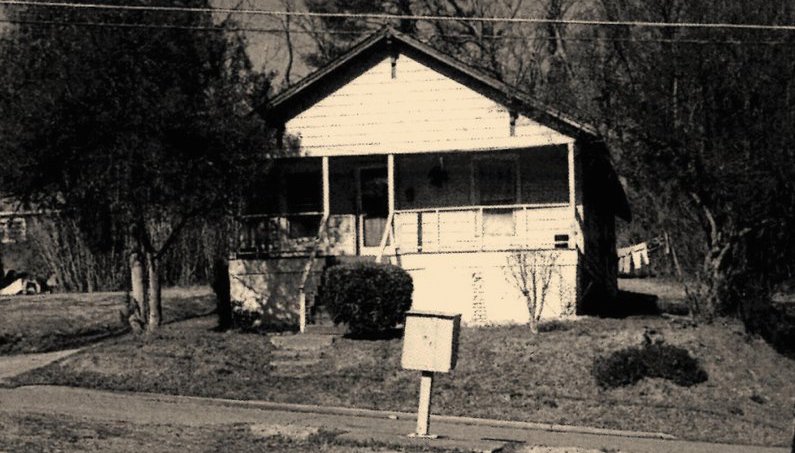 In January 2013 I was 26, in my first year of an MFA program in North Carolina, learning to write magazine features. I’m the middle of three brothers, and the age gap between me and Luke, the youngest, is two years. So Luke was 24. That was my first thought, when I read of Willie in a local newspaper. He’s spent Luke’s entire lifetime in prison. I understood exactly how long this was.

I write nonfiction partly for its opportunities to explore the world outside my own experience, to meet strangers in unusual circumstances, to pursue my curiosities. It was hard to imagine anyone whose circumstances were further from my own than Willie Grimes’. Here was a story that mattered, too, whose social consequences rippled outward. I knew Willie wasn’t alone. Every so often I saw another national headline: MAN EXONERATED. Inevitably this was front-page, and, on the Internet, surged atop “Most Read” and “Most Emailed” lists. But inevitably it did not answer what to me felt like the most urgent questions. Who was the person this had happened to? What had it been like? What had Willie thought, listening to a jury convict him, when he’d committed no more crime than I had? What had he thought two decades later, hearing a judge declare the truth? And what was this state agency who’d freed him? Why hadn’t I heard of it before? Why was it the only one in the country?

To write immersively about those questions—about the more than two decades that Willie spent wrongly imprisoned, and about the unlikely team of lawyers who finally proved him innocent—I knew I would need to recreate, as vividly as possible, events I had not personally witnessed. I wanted to write a story that felt to readers like good fiction, that was artful, finely detailed, dramatically structured, and also true. It’s one thing to do that if you, personally, watched events unfold. In that scenario, you show up, pay attention, take notes. But Willie was convicted in July 1988, and exonerated in October 2012. Now it was early 2013. I needed to learn how to describe scenes that, in real life, happened without me. How did one do this?

One scene that was vital Willie’s story did not include him at all. This was an unusual meeting inside the home of a woman named Christine Mumma. Chris is the director of the Center on Actual Innocence, and also the attorney who eventually took on Willie’s case. In 2002, she had helped arrange a kind of summit for some of the leading legal minds statewide—prosecutors, defense attorneys, judges, law professors, and police officers—to discuss the problems they were all seeing in the justice system. Eventually this group would create the unprecedented state agency that proved Willie innocent. A group like this includes deep partisan division, however, so many of those people had never met, even while they worked in the same field.

I reached out to many of those who’d attended, to pester them (politely) with questions. What were you wearing? Were the chairs comfortable? Who in the room were you friendliest with, and who was a stranger? Did anyone have an accent? What was the weather outside? Where were you coming from, and where did you leave to? What kind of car did you drive? I also wanted to visit the scene, so I could describe what it looked like. Chris was reluctant. I thought I understood: until now we’d only met at her office, and her home was a different thing. Still, I pressed. I didn’t want to invade her privacy, or see her bedroom, or anything. Because this meeting had occurred at her house, though, I felt I needed to see it. Was this possible?

We drove there from her office. On the way, she confided why she’d first resisted. It wasn’t just privacy—it was that, when strangers saw her house, she worried they got the wrong idea about her. The place was a mansion. It had more than a guest room—it had a guest house. Her family hadn’t always lived this way: back when she and her husband, Mitch, had married, Mitch had worked as a CPA, but then he’d left that to experiment in venture capital. This was back when the field was just starting, so the choice had felt risky. Hardly anyone knew what venture capital even meant, much less whether there was any future in it. It turned out there was. Quickly their circumstances changed, and not just a little. The house Mitch chose was more ostentatious than Chris liked, and even now, years later, she still felt self-conscious bringing people there, what they might assume about her once they saw it.

When we pulled in, I tried to keep my end of the bargain. I didn’t wander upstairs or into the kitchen. “You would have greeted them here? They would’ve walked through this hallway? The meeting was over here?” I scribbled observations in my notepad: “Foyer/lobby. Wood + tile floor. Lots of windows. CM moved furniture. Mint green paint. Big chandelier. Glass double-doors. Hardwood floor—and marble.” I asked lots of questions about the furniture layout, since I knew things might look different today, a decade later. Quickly I sketched a diagram of the room. (I’ve since learned I can take photographs on my iPhone in a situation like this, but I didn’t think of it then, and might not have done it anyway, since I didn’t want Chris to feel any more uncomfortable.)

Out front I did the same thing: “Brick, white columns, black shutters. Deck atop front door. Expansively landscaped lawn, iron-railed entrance of curved brick steps, charcoal gray roof shingles. Flagpole at front w/ US flag. Lots of trees (oak?) Yup. Stone-line driveway. People parked around circle + in back.” When I noticed Chris standing there nervously, watching me scribble, I offered to read aloud for her what notes I’d taken. “Very matter-of-fact,” she decided.

Near her driveway fluttered a flag with the logo of Duke University, where I knew her kids went—this hadn’t flown back in 2002, she told me, so I left it out of my sketch. One of her kids was a student manager for the basketball team there, she remarked, under Coach K. Had Chris ever met him? I wondered. She had. What had she thought? That he’d been inspiring. “I can never decide how I’m supposed to feel about Coach K,” I admitted. “On the one hand, there’s a lot about him I really like. On the other hand, his mentor was Bobby Knight. And Bobby Knight’s so hard to like.”

“Yeah,” Chris agreed. “But you can learn a lot of important things from people you don’t like.”

That line of dialogue doesn’t appear in the chapter. But it guided everything I wrote.

A section of this essay first appeared in THE ART OF CREATIVE RESEARCH.

Benjamin Rachlin grew up in New Hampshire. He studied English at Bowdoin College, where he won the Sinkinson Prize, and writing at the University of North Carolina Wilmington, where he won Schwartz and Brauer fellowships. His work has appeared, or is forthcoming, in the New York Times Magazine, TIME, and the Virginia Quarterly Review. He lives near Boston. Ghost of the Innocent Man is his first book.

Air Travel: From Majesty to Drudgery in 100 Years 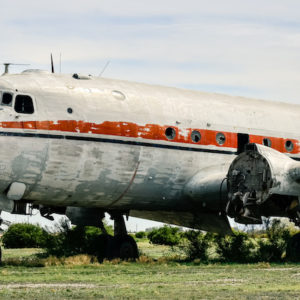 Air Travel: From Majesty to Drudgery in 100 Years

If you want to observe the advancing rigor mortis of American capitalism, you could do worse than take a flight. This is not news....
© LitHub
Back to top