Complete with £50,000 and Everlasting International Glory

George Saunders has won the 2017 Man Booker Prize for his novel, Lincoln in the Bardo.

And hey, Ladbrokes got it right this time (after not even sighting Ishiguro for the Nobel)—as of yesterday, they had Lincoln in the Bardo with 6/4 odds to win.

Much discussion has surrounded the “Americanization” of the prize—it has only been open to American writers since 2014, and this year Americans made up 50% of the shortlist, the highest percentage so far. Saunders is the second American to win, following Paul Beatty for The Sellout.

According to the Guardian, as of yesterday Ali Smith’s Autumn was selling the most copies of any other book on the shortlist by some margin—50,000 copies to second-place Auster’s 15,000 in the UK. It’s safe to wager that Lincoln in the Bardo will now shoot up to the top of that list.

Saunders will be awarded £50,000. Each of the shortlisted authors will receive £2,500 and a special edition of their book.

Read Mike Matesich’s interview with Saunders—covering the novel, death, Trump and the endless struggle of writing—here.

“House Made of Snow” 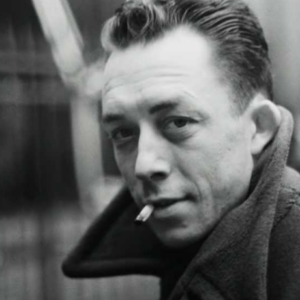 Lidia Yuknavitch on misfits, Melissa Febos, and the time she snuck into Ken Kesey’s fiction class. | Literary Hub ...
© LitHub
Back to top