The Man Knows a Thing or Two About Dynastic Power Struggles

When it comes to this election, many writers (and other famous people) have already made their feelings known. In fact, in the current climate, it’s hard not to voice an opinion. But in these desperate times, with so much at stake, some of our cultural elites are going the extra mile, engaging directly with the public online in hopes of using their celebrity for—dare I say—good.

George R.R. Martin, as you may know, is one of the last adult humans to have an active LiveJournal, on which he often posts publicly, to the delight of his many fans (who are, despite their love for Martin’s often bloody books, remarkably polite commenters). On Sunday, in between his musings on football (Jets and Giants) and his review of Doctor Strange (“The movie is NOT the best Marvel superhero movie, as I was hoping it would be…”), he wrote a little about the looming election:

Oh, and speaking of that: the Trump PACs have rolled out two new television ads in New Mexico this weekend. Both attack ads, natch. One is a cartoon with animated Bill and Hillary characters rolling up to the White House unpacking boxes of scandals. The other features an actress badly made up to be Hillary, in wig and pants suit, destroying phones and hard drives with hammers, drills, chain saws, and the like. Both ads are stupid and offensive, and both confirm and underline the main point I made in my “Simple Observation” post. Hillary’s ads feature real footage of the real Donald J. Trump saying the things he really said. These Trumps ads, on the other hand, have to resort to cartoons and over-the-top impersonators because they can’t actually find any real footage of Hillary saying or doing anything reprehensible, comparable to the stuff Trump has said.

I cannot possible imagine that any actual voters will be swayed by this stuff. “Hell, damn, I’m going to vote for Trump, did you see what Cartoon Hillary was doing?” But what the hell. Even Honest Abe admitted that you could fool some of the people all of the time…

His opinions on all three items garnered responses—again, polite ones. But Martin took the time to respond to a few commenters on the post, in particular one, who expressed frustration with Martin’s stance on Trump:

Hey George. It’s very easy for you celebrities in Hollywood and famous people like you to give your opinions on who to vote for. I mean, you are unimaginably wealthy. The outcome of who will become the next president will most likely not affect you since you live your life in luxury and out of touch from the majority of the American people. However, the outcome of who will become President will affect almost all of the people of this country.

For example if Mrs. Clinton wins, she will most likely bring over the Syrian refugees fleeing from the vicious Civil Wars that are going on in the Middle East. Those refugees will likely go to live in many inner cities across the U.S. Of course, you will not be affected by this because I imagine you are nice and comfortable with your current status.

Martin, who also made a surprise visit to Clinton campaign volunteers this weekend, wrote back:

I hope some of the Syrian refugees come to Santa Fe. They’d be welcome here.

It’s the right of every American to give their opinions on the election. “Celebrities” do not give up that right when they become successful. Whether anyone listens or not, of course, is up to them.

And fwiw the Republicans not only have their own celebrities, like Trump himself, but they also have way more mega-rich donors who fund their PACs. You think the Koch Brothers and Sheldon Adelson are in touch with the majority of the American people?

It’s true, I have money… though nowhere near as much as guys like the Kochs or Trump himself. But my friends and family are mostly middle class or poor or struggling, I own a small business, I live on a regular street, eat at the same restaurants and attend the same cons I have for decades. I do have a nice car now… but I still drive my beloved old 1985 Mazda RX-7 too, and I have not forgotten the projects where I grew up, and the years we lived on my father’s unemployment insurance.

What measured, polite, but still meaningful discourse! If only more people were talking about the election this way.

Meanwhile, on Twitter, author Esmé Weijun Wang noticed Maggie Gyllenhaal reaching out to individual Trump and third party voters to try and change their minds at the last minute.

But how perfect are u asking her to be? I don’t have the same politics as her, I’m much more progressive, but I think she’s amazing. https://t.co/qdfGrbfIWN

I gotta help w history homework ;)Think of me in the voting booth! https://t.co/KZWv26wIw2

It would be nice if we were in a multi party system, but right now we’re not. Listen to Bernie: vote Hillary https://t.co/XKIpyqQ5Fy

The rampant winky faces can only help the cause. 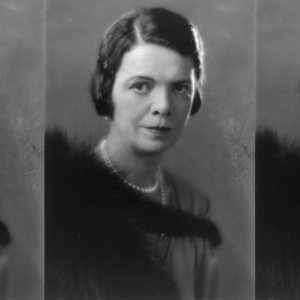