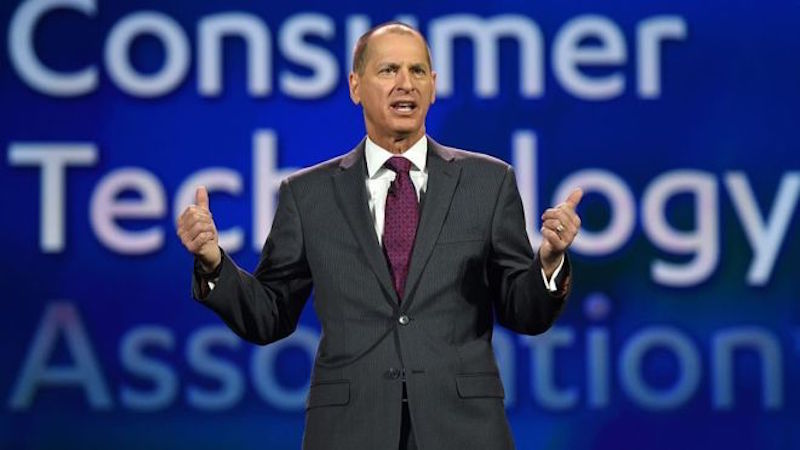 via Keen On Democracy

The CEO of Consumer Technology Association in Conversation with Andrew Keen

There are few more optimistic thinkers about our 21st century technological future than the President and CEO of the Consumer Technology Association, Gary Shapiro. Gary is the author of the New York Times best-selling Ninja Innovation as well as this year’s Ninja Future, Shapiro believes that we have what he describes, in Ninja Future, as a “moral obligation” to unleash technological innovation.

And so, to begin our conversation about not just Ninja Future but all of our futures, I asked him if he saw himself as the last techno-optimist in today’s increasingly dark climate of techno-pessimism.

Gary Shapiro: Andrew, you’re the father of the techno-pessimist movement, but I think in terms of technology and innovation, which has basically extended our lives, allowed us to live healthier, to communicate anywhere in the world, to move freely and quickly, to be safe and educate our kids, and has radically changed our lives so we moved out of the caves and become Modern Man, I still believe in the power of technology to make our lives better.

GS: No, just like the harnessing of fire by mankind or the invention of the wheel or the printing press or automobile or plane. These are all tools. They can be used for bad purposes. Fire can be used to injure and kill; it burns down things. But it also allows us to stay warm when it’s cold and to cook meat. All these are just tools. A hammer is a tool. A hammer can be used to kill someone, or to build a home. I think it’s the job of government to set the guidelines, the lanes, for which businesses and technologies can operate safely. For the most part, existing laws protect most uses of technology but not all. And sometimes governments go far. For example, in the interest of privacy, governments have gone very far in inhibiting innovation and sharing medical information in a way that has not benefited the population, because privacy has been put above healthcare. Also in Europe now, the GDPR and the right to be forgotten is put above knowledge and sharing information. There’s a balance that has to be discussed and resolve din different societies about how we balance innovation and good uses and harms, real as well as theoretical and potential.

GS: Some of the companies I represent innovate with technologies in ways that can be uncomfortable to people, people like you, who just see the negative or say wait that’s not how we’ve always done things, unfortunately.

GS: It used to be. You’ve started a movement, Andrew.

AK: Don’t blame me! Over the last ten years, the zeitgeist has shifted from being a few people like myself worrying about the impact of technology on the world; now, if anything, the majority of people are worried about it. What’s happened? Why is this the case?

GS: It’s always easier to write a negative story than a positive one. It also depends how you ask the question. For example, in the case of self-driving cars: if you ask, would you like to be safer in your car? would you like to avoid road rage? do you know someone who’s been hurt or killed in a car accident and would like to avoid that in the future? If you ask it that way, everyone will say they like it; they want a self-driving car. When they get into one, we found in Las Vegas—there’s real information because Lyft has over 50,000 self-driving cars—people liked it, and wanted to do it again. People like things they experience, they like the benefits. But if you ask people before they got an iPhone if they wanted an iPhone, they’d say no. If you ask people all sorts of questions, they’d often say no. It’s all how you lay it up. And certainly, sensationalism and clicks are often more important in today’s society than extolling the benefits of something. Bu innovation will win in the long-run.

Hope you enjoyed this week’s episode with Gary Shapiro, you can find out more about him here or on Twitter.

The Comic Tragedy of a Narrator with No Sense of Self

Writing in the pages of Le Figaro littéraire 53 years after his friend, Jean de La Ville de Mirmont, was buried alive by an artillery...
© LitHub
Back to top