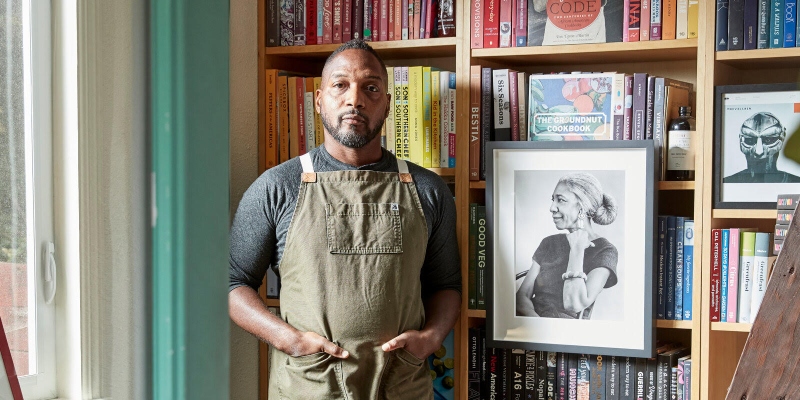 The best cookbooks are so much more than collections of recipes. They’re windows into a life or a place or a time or a way of thinking. The very best cookbooks are all of these things at once. Black Food: Stories, Art, and Recipes from Across the African Diaspora is one of these rare books. Edited by author-activist Bryant Terry and published by his new imprint, 4 Color Books, Black Food is the work of more than a hundred chefs, artists, and scholars who contributed recipes, artwork, and essays to a book that is as visually stunning as it is thought-provoking. Think Toni Morrison’s The Black Book (which served as a template for Black Food), but also think sweet potato leaves with eggplant and butter beans, and peach cobbler with nutmeg sauce.

In this episode of Book Dreams, co-hosts Eve Yohalem and Julie Sternberg talk with Bryant about the making of Black Food, his childhood experiences on his grandfather’s urban farm, and his evolution from carnivorous high school athlete to vegan cookbook author. They also discuss the future of 4 Color Books and its mission to “push forward more diversity within the food system” by publishing visually arresting books by authors of color.

Bryant Terry: I spent a lot of time in my grandfather’s garden growing up. I often say it was more than a garden. It was literally an urban farm because every bit of available space was used to grow food. This was when satellite TV was a big thing, and I remember he had this huge satellite in the backyard; it was like a million channels. But it was sitting in the middle of the area where he had all these dark leafy greens—the collards, the mustards, the turnips, the kale, the dandelions. It was funny. I just remember having to navigate around the satellite to harvest the greens.

I’m not gonna romanticize that period. It was work. It wasn’t fun being out in the hot sun harvesting vegetables and shelling peas and shucking corn. But my grandfather knew the importance of having me and many of my cousins be a part of contributing to the way we ate. There was certainly a level of pride that I would feel when I would look at the spread and be like, “Hey, I shucked that corn today.”

One of the things that my grandfather would often say to me is consciously or unconsciously some catalyst for me doing this food justice activism over the past few decades. He would often say, “When you rely on other people to feed you, if they decide that they don’t want to, you’ll starve.” He was very clear, coming out of the Jim Crow South, having lived in this repressive period and knowing the power of self-determination, knowing the power of being able to grow one’s own food and can and pickle and preserve it and feed one’s family.

I could cite a number of watershed moments that I would argue moved me towards food justice activism. But I would say if there was one that was the foundation, it was spending the time in my grandfather’s backyard urban farm.

Bryant Terry is the author of six cookbooks. He’s also a James Beard and NAACP Image Award-winning chef, educator, and author, renowned for his activism to create a healthy, just, and sustainable food system. Bryant is the Founder and Editor in Chief of 4 Color Books, a new imprint of Penguin Random House and Ten Speed Press. Since 2015, he has been the Chef in Residence at the Museum of the African Diaspora in San Francisco, where he creates public programming at the intersection of food, farming, health, activism, art, and culture.

Bryant’s most recent book, Black Food: Stories, Art, and Recipes from Across the African Diaspora, was the first book to be published by his new imprint and the most critically acclaimed American cookbook published in 2021. It landed on the Best Of lists of The New Yorker, Boston Globe, The Washington Post, NPR, Los Angeles Times, Glamour, and many other publications. San Francisco Magazine included Bryant among the 11 Smartest People in the Bay Area Food Scene and Fast Company named him one of Nine People Who Are Changing the Future of Food. Bryant’s mentor, Alice Waters, says, “Bryant Terry knows that good food should be an everyday right, and not a privilege.”

How Utica Became a City Where Refugees Came to Rebuild 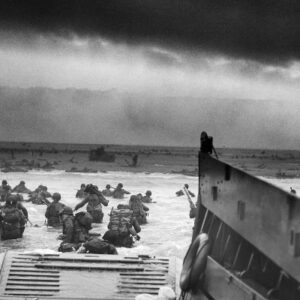