In this episode, Andrew talks to Frank Vogl, the author of The Enablers: How the West Supports Kleptocrats and Corruption, Endangering our Democracy, about the American bankers and politicians enabling dirty money around the world.

Frank Vogl, former senior World Bank official and foreign business and economics correspondent for The Times of London, teaches a graduate course at Georgetown University titled, Corruption, Conflict Resolution and Security. He is the Chair of the Board of Directors of the Partnership for Transparency Fund, and the co-founder and former Vice Chair of Transparency International, the global non-governmental anti-corruption organization. He served as President of Vogl Communications, Inc., an international communications consulting firm, from 1990 to 2018.

Why are so few literary adaptations nominated for Oscars this year? 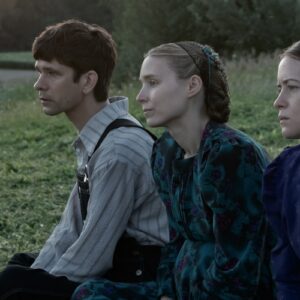 Why are so few literary adaptations nominated for Oscars this year?

There's nothing Hollywood loves more than existing IP—thus, the Oscars are historically adaptation-friendly. Last year,...
© LitHub
Back to top