In Francis Ford Coppola’s Café Zoetrope in San Francisco, an odd machine stands in the middle of one of the dining rooms. It’s a tall, black-and-orange cone with a lighted monolith sticking out of its top. The kiosk, built by the French publishing company Short Edition, is called a Short Story Dispenser. It’s the first of its kind in the United States. With just the push of a button, the dispenser prints a one-, three-, or five-minute story, completely free of charge. The stories come out on long rolls of paper like a receipt.

Lydia Valledor, the Café Zoetrope’s general manager, says the dispenser has been a huge hit since it was installed a year and a half ago. “I love the idea, especially for us,” she says. “[We’re] all about art; we have a lot of art on our walls. We also have Mr. Coppola’s magazine, Zoetrope: All-Story, which is a short story magazine. So [the dispensers are] very related to our place.” Valledor adds that the dispenser comes in handy since the café tries to encourage patrons to stay off their phones and digital devices. “When people ask [if] we have wifi for the kids, we point to the machine and say, ‘No, but you have a story—you can read.’”

The dispensers first started popping up in Short Edition’s hometown, the French city of Grenoble, in October, 2016. “We always believed in the power of short literature, and the fact that it is particularly adapted to the modern world, as a way to bring (or bring back) people to reading,” says Loïc Giraut, an international business developer for the company. According to Giraut, the dispensers were born after a seemingly routine habit ended in a flash of inspiration. “One day, while they were in front of the coffee vending machine, the four co-founders of Short Edition—Isabelle Pleplé, Sylvia Tempesta, Quentin Pleplé and Christophe Sibieude—thought: ‘Why couldn’t we do the same thing, but with culture and stories instead of coffee? Literature should be available everywhere!’” The company built a prototype and showed it to Grenoble’s mayor Eric Piolle, who commissioned eight machines to be erected around the city.

The dispensers are extremely simple to operate. “When plugged in, [the machine] connects to the GSM network, which allows us to manage it and adapt the content,” says Giraut. For example, during December, the dispensers only put out Christmas or holiday-themed stories. Writers are discovered through Short Edition’s expansive online community of 100,000 short stories by 9,000 authors. An even larger community of readers—some 200,000—vote on their favorite stories.

“We always work with the community… to identify the best texts,” says Giraut. “Anybody can create an account on short-edition.com, take part in a writing competition that we organize, and publish his or her text.” Submitted stories are eligible for one of two prizes. The public winner receives the most votes. The Short Edition editorial board and a jury of readers select the winner. “All the texts that have sufficient quality are then included in the dispensers worldwide,” Giraut says.

Reaction to the dispensers has been overwhelmingly positive so far. “We are receiving tons of messages, both by email and social media, of people just saying ‘thank you,’ or telling us that the story they read has made their day,” Giraut says. “We often hear people saying they had the feeling the story they picked up randomly was made for them, that it was really related to their actual life. It makes us really proud, because this was our goal when we invented the dispenser: to create emotion.”

Today, there are more than 150 short story dispensers worldwide, most of which are in France. But there are 20 machines in North America, and that number is about to grow. “Our objective is to pursue our development [in North America] by installing more and more dispensers and starting to gather content from North American authors by launching writing contests in the US,” Gairut says. “We have a lot going on in the beginning of 2018, and new machines should very soon appear on both west and east coasts.”

Sure enough, on March 22, at the 2018 Public Library Association’s conference, Short Edition announced that they are installing four more machines on US soil. This time, they will benefit public libraries: The Akron-Summit County (Ohio) Public Library, the Free Library of Philadelphia, the Richland Library in Columbia, South Carolina, and the Wichita Public Library in Kansas. Each dispenser will be specifically branded to the library. And that’s not all that Short Edition has planned. They hope to eventually include translations, allowing authors to be read internationally as well. “At some point, our objective is also to have a worldwide community of writers and readers, and have some Asian authors read in Europe or America, American authors read in Africa or South America, etc.,” says Gairut.

For now, Valledor says the one dispenser in San Francisco has become so popular that people come in off the street just to print out a story. While in most establishments it might be considered rude to do such a thing without being a paying customer, Valledor encourages it. She says it helps the café find new customers, all through the power of literature. “It’s like I always say, they’re coming today for a story—people who have never been here before—they open the door, they see the space, the love it, they come back.”

47 of Your Favorite Writers on Their Favorite Poems 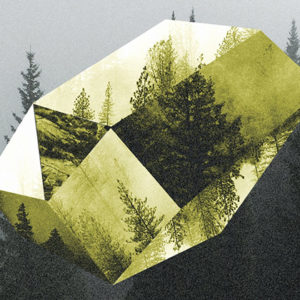 The arrival of April brings two things: the reemergence of greenery and a fresh crop of poetry books for National Poetry...
© LitHub
Back to top