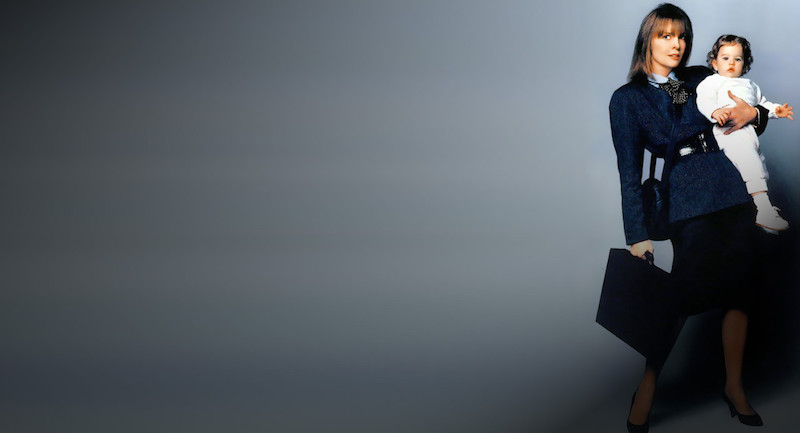 For Writers Who Are Also the Mothers of Small Children

Not long after my divorce, I spent a weekend in the Hamptons. My mother’s cousin has a house and she invited me and my then four-year-old daughter to stay with her. She took wonderful care of us. She drove us to the beach, she let us swim in her beautiful swimming pool, she took us out for bagels, and to a lovely little spot where Nina could feed the ducks. She also told me in no uncertain terms that it was time for me to get a job.

I remember her words, the fear they put in me. Probably going to one of the wealthiest and most beautiful parts of the country during a time when I was most vulnerable was not a good idea. I am a hard worker. I have been working my whole life. But after college, after putting in many years full time in an office, I fought my way out. I went to graduate school and got a degree in fiction writing (always a moneymaker) and even then, I continued to work, but only part time. It was a longshot, but I used the extra hours to write a novel, and I was able to sell it.

I made some money. Not a lot honestly. I did not buy a house with this novel, though in retrospect, maybe I should have. A very, very small one. I did nothing crazy. My life did not ostensibly change. I used this money to live, to subsidize my life as an artist, and then, this time with more difficulty, I wrote another novel. By this time, the economy had thoroughly crashed and I received less than half of the money for my second novel than I did for my first.

Talk about a pay cut.

Now, in order to have time to write, I had to find reliable, affordable childcare. It simply did not happen. Those first three years of my daughter’s life are a hazy blur. I was deliriously in love with my sweet baby; Alternately, I was miserable. Either I wasn’t writing, or when I was writing, the writing was not very good.

Here is something I have noticed about all writers who are also the mothers of small children. They are kind of miserable. They aren’t writing enough. They struggle to afford babysitting but it is never enough, and then, the pressure is too much. Sometimes, the mothers of small children will even squander their babysitting time. They’ll do something crazy like get their hair cut or watch television or, even worse, take a nap. They simply do not, cannot, write enough.

Knowing what I now know, I want to hug every last mother/writer I know with a small child. I want to tell them it will be okay. That aside from illness or some other unforeseen catastrophe, her child will turn four. I know that this is a long time, but inevitably it will happen. Four. Your child will turn four-years old and go to Pre-K. Pre-K equals six hours of free childcare each day. Often there is aftercare provided by the school at a low cost and you have even more time.

What my mother’s well-meaning cousin didn’t understand when she told me to get a job was that just around the corner, my daughter would start school. Yes, of course, I would have to work, but I would not have to get a job – at least not in the traditional sense. I work from home. I edit other people’s novels to pay the rent and the rest of the bills. Novel writing: it turns out that this is the most marketable skill that I have going for me. Even in the worst of times, people are going to keep on reading novels. And even if people don’t read novels, writers are going to keep on writing them.

I wrote my third novel while Nina was in kindergarten. Even with two books published, I questioned the time I spent on my own writing. I did not have a contract for The Red Car. I always had paid work I could be doing instead. I had clients waiting, waiting for me to return their novel to them. Every day, I felt the clock ticking. My timing, at least, was good. I had public school and affordable health insurance made.

The Red Car is out now. A new president has been elected, one who does not read novels. I am afraid for my health insurance, among so many other things. My whole future –a single mother, a writer – seems at a precipice once again. I find myself thinking of my mother’s cousin for the first time in a very long time, wondering if I have to get a job.

The president-elect ran a campaign based on fear, and yes, I feel very, very afraid. I am sleeping poorly. I am also taking deep breaths. This is what I remind myself. My daughter is in school. I have those hours every day. I have my health insurance. I have my voice. I am going to keep on doing my job. 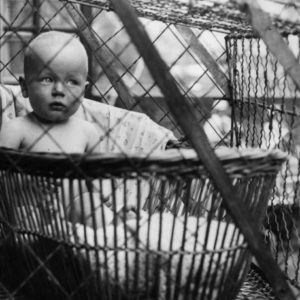 I was in the courtyard of a café in east London (£7.50 for my coffee and sandwich in exchange for some wifi) and the two women...
© LitHub
Back to top