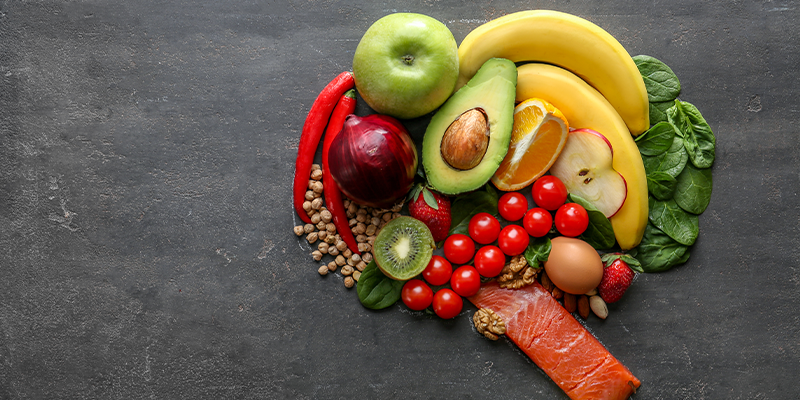 Plus, a Recipe for Savory Breakfast Muffins

“At the time, people thought I was a bit mad,” Felice Jacka, now a co-​director of the Food and Mood Centre in Australia and the president of the International Society for Nutritional Psychiatry Research, told me, referring to her PhD thesis on food and mental health in 2009. But Jacka was seeing pieces of evidence that people’s diets were related to their experience of and risk for depression and anxiety. There was Hibblen’s omega–​3 work. There was a mouse study showing diet can stimulate the growth of new neurons in the hippocampus. Another study showed that improving and diversifying food in prison populations significantly reduced incidents of violence; it was titled “Crime and Nourishment.”

Jacka’s paper associated Western–​style diets—​high in sugar and unhealthful fats, low in nutrients, high in ultra–​processed foods—​with depression and anxiety in women. Although she was just a PhD candidate, her thesis was published as a cover article in The American Journal of Psychiatry

Around the same time on the other side of the world, stress neurobiologist John Cryan had his eureka moment. Neurobiologists generally focus on the brain, but his fellow researchers in Ireland were showing that the brain wasn’t necessarily the starting point for regulating the body’s stress response. He conducted a study in 2009 that showed, as he expected, that animals who were stressed in early life and experienced early trauma developed symptoms of psychiatric disorders later in life. The surprise was that these traumatized mice also developed gut problems, such as irritable bowel syndrome, alongside their mental disorders.

So Cryan tested their gut microbiomes—​the community of trillions of microorganisms (tiny life forms that we can see only through microscopes) that help with digestion—​and found that traumatized animals had different compositions of their gut microbiomes. What we eat greatly affects the gut microbiome and whether we have helpful or harmful bacteria living inside of us. Cryan wondered: If the microorganisms inside us help with digestion and if stress affects our microbiomes, then emotional states could influence what the body does with food and how food could influence our emotional states.

Cryan next turned to whether we can target the gut to deal effectively with stress. His later research showed that when his lab introduced beneficial bacteria into the animals’ digestive systems, their anxious and depressive behavior dampened equal to or more than the effect of the antidepressant escitalopram (Lexapro). Antidepressants and food together could have an even greater effect.

In 2013 a study showed that feeding junk food to mice damages the mouse hippocampus; after four days, the mice showed decreased cognitive functions related to the hippocampus, which interacts with the amygdala in the limbic system. Cryan and others started coming up with research protocols that could show the effect in humans along with more in–​depth animal studies.

Cryan brought in a small sample of healthy human volunteers to do stressful tasks like public speaking or difficult arithmetic. Those who ate the bacteria Bifidobacterium longum(found in yogurt) exhibited less stress during traditionally stressful tasks versus those who didn’t. Jacka’s group published a study showing that the Western diet is associated with a smaller hippocampus.

Then, in 2017, Jacka published peer–​reviewed results of the first human intervention specifically targeting and measuring the effect of diet on humans’ mental health. Known as the SMILES trial, this was a psychiatric epidemiology study showing that dietary intervention alone impacted mood.

SMILES was the first randomized, controlled study to ask: If we change the diet of people with clinical depression, does it impact their mental health? The answer was yes.

Relative to some studies, the sample size was small and the duration was short because of the difficulties inherent in dietary research. Diet studies are difficult because, short of watching participants’ every move or putting a camera on someone’s head and recording everything they eat and do all day every day, diet studies depend on people recalling and recording what they eat. Jacka wanted to do a longer and more intensive study, but human nutrition epidemiological studies can be expensive and require the most unpredictable of subjects—humans—making shorter studies more reliable than longer ones. But SMILES’s importance is reflected in that it remains one of the most-cited studies about the food-mood connection.

If we change the diet of people with clinical depression, does it impact their mental health? The answer was yes.

Jacka’s lab divided 67 people with depression symptoms into two groups: one that received support with a counselor and one that received dietary support from a dietitian to make small changes to transfer to a Mediterranean-style diet. (In an ideal world, of course, we all would have both—but this study was measuring the effects of one versus the effects of the other.)

One-​third of participants in the Mediterranean diet group saw their depression symptoms go into remission. And the more the subjects adhered to a Mediterranean-style diet, the more remission they experienced. Plus, important for equal access, the food the diet-intervention participants ate was about 20 percent less expensive than the diet that they had eaten prior to the study.

This study showed that lower–​cost prevention and treatment interventions for two huge health issues—​poor diet and mental health—​could actually address each other. It contributed to global interest and the explosion of research done since. SMILES inspired subsequent larger and more specific studies that support the conclusion that what we eat affects how we feel. In a 2022 study of 72 young men (aged 18 to 25) with moderate to severe depression and poor diet, 30 percent of participants had failed to respond to standard treatments for depression, such as medication. As mentioned briefly in the Introduction, switching to the Mediterranean diet for 12 weeks brought a significant improvement in their symptoms of depression. And participants expressed interest in continuing to eat a Mediterranean diet after the study ended—as we all know, getting excited about permanent diet changes is at least half the battle.

Now we have solid evidence that food affects the body everywhere, including from the neck up and that eating for mental health is about an eating pattern.

didn’t have as many sleep problems. We don’t know what the bacteria was doing, or precisely how it was doing it, but it was happening.

To be sure, skeptics remain, particularly in the specialty that Cryan himself is a member of. “Neuroscientists tend to look only at the neck upward,” he told me. “There is an idea that everything that doesn’t have a known mechanism for a causal link—​diet is a prime target—​should be relegated to the world of complementary and alternative medicine.” In other words: It can’t hurt, but it shouldn’t be one of the first things you look to for an intervention. Causal links are difficult for studies about things as complex as emotions and interventions that have wide

–​ranging effects, such as food.

But because we all have emotions and we all eat, the information is actionable. “There are fundamentals that are true for everyone,” Jacka says. “You may need to tweak based on individual markers,” but there is enough evidence that there are dietary truths for most humans, truths we will dive into in the following chapters.

Now we have solid evidence that food affects the body everywhere, including from the neck up and that eating for mental health is about an eating pattern. The more you follow a mentally healthy eating pattern, studies show, the more your body can handle occasional deviations from that pattern.

It then follows that we can turn what we may see as our biggest weakness—​food—​into our greatest strength. And we can do it in a pleasurable way. It’s one thing to know the science; it can be quite another to incorporate it faithfully into real life. Because it’s no use having an eating pattern that supports the nutrients we need for emotional health if we have so little pleasure that it damages our emotional well-being.
*

Even the most mindful of us need a fast breakfast sometimes. These muffins have everything required from a great quick breakfast. They’re compact, have protein and starch baked in, and are delicious. You can make the muffins in advance and keep them in the fridge for a quick grab and go. Plus getting produce, especially vegetables, first thing in the morning is always a win.

Heat oil in a skillet over medium heat and sauté the onion, garlic, and tomatoes until onions are soft and tomatoes are light brown and caramelized, 5 to 7 minutes. Set aside to cool slightly.

In a large bowl, combine the remaining ingredients and the onion mixture and combine.

Pour into the muffin tin and bake for 15 to 20 minutes, until the eggs are set.

Option: Use mini muffin tins for a one-​bite, high-​protein and high-​fiber breakfast. Just store muffins in the fridge, microwave a couple of mini muffins for 10 seconds, and you’re out the door. 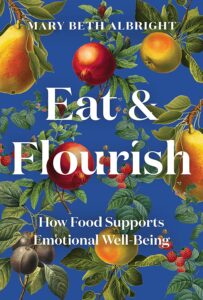 Excerpted from Eat and Flourish: How Food Supports Emotional Well-Being by Mary Beth Albright. Copyright © 2022. Used with permission of the publisher, Countryman Press. All rights reserved.

Mary Beth Albright is a writer, editor, and executive producer at the Washington Post. She was a project director and subject matter expert for the US Surgeon General, appeared on Food Network, and earned degrees from Johns Hopkins and Georgetown. She lives in Washington, DC.

What a Novel Set in the Siberia of 1973 Tells Us About the Soviet Union, Women’s Gymnastics, and Contemporary America 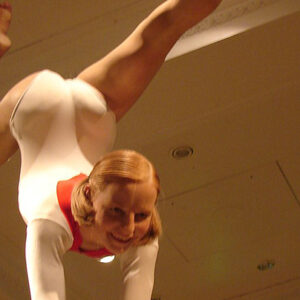 What a Novel Set in the Siberia of 1973 Tells Us About the Soviet Union, Women’s Gymnastics, and Contemporary America