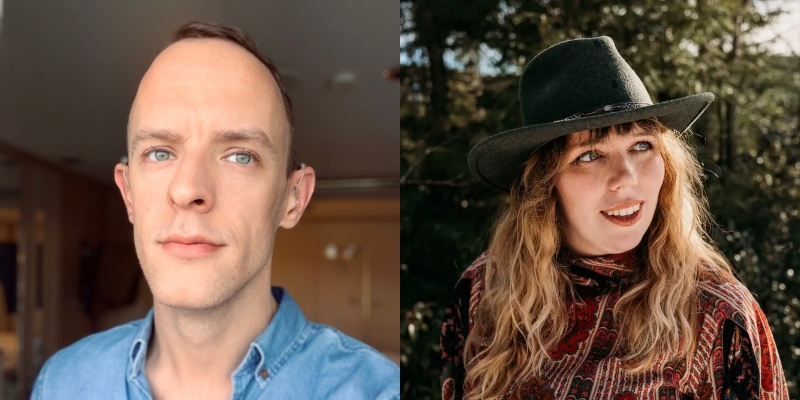 Flash Fiction and the Fear of Falling: Ross Showalter in Conversation with Kirsten Reneau

The Latest from the Micro Podcast

Fear is fascinating. In part, because it’s both enormously broad and intensely personal. Your fear is not mine, but how can you make the readers feel it anyway? And can it be done in one brief paragraph? The answer, it turns out, is yes.

Ross Showalter does just that in his piece Vertigo, or a Swarming of Ghosts. Straddling the line between supernatural and incredibly natural fears, this piece will hover in the back of your head for days after reading it, much like the ghosts it invokes.

Listen to Ross Showalter read “Vertigo, or a Swarming of Ghosts” on Micro.
Subscribe and listen in full, wherever you get your podcasts!

What was the initial inspiration for this piece?

The initial inspiration was a dizzy spell. I have low-grade vertigo; most of the time when I go down the stairs, I feel unsteady. I need a railing constantly or I feel like I’m going to fall, even when I know I’m not in danger of falling. One day, I just had this imminent feeling like I was 100 percent going to fall down the stairs of my parents’ house. These are stairs I’ve walked down a million times, and the dizziness was so strong and so sudden that I had to sit down on the stairs. I asked myself, “Why do I feel like this?” And I thought I might be dehydrated; I might not have enough iron in me or something. But then my brain went in another direction and said, “The ghosts in this house are out to get you.” And that was such an interesting idea—vertigo brought on by ghostly interference—that I knew I had to craft a narrative around that.

There’s a lot of tension in this piece—it’s really gripping. Can you talk about your decision to have the entire story contained to one paragraph rather than drawing it out into smaller pieces?

I’ve been in love with the flash form and the one-paragraph story, as well as the 100-word story, for a long time. There’s something about length constraints that makes the work more focused and sharper in ways a longer story can’t achieve. With this story, I felt like paragraph breaks robbed it of a certain urgency and danger. I wanted the idea of violence to be ever-present, and paragraph breaks would have, I think, suggested that the protagonist could have separated themselves from that violence.

There’s a really interesting use of repetition and rhymes. Not only the repeating “never mind” at the end, but also “whenever” and “when” in the first and second sentence, “him” and “swims,” “time” and “climb.” Considering the brevity of the piece, it comes to the forefront, for me at least. Was this on purpose, a happy accident, or somewhere in-between?

It was in-between. I’m obsessed with anaphora and repetition in poetry. So, the idea of these repeating “never mind” phrases really appealed to me, because I could suggest so many things with the repeated attempt of separation from trauma and this haunting moment of violence in the protagonist’s past. The rhyming was a happy accident—I’m not so much interested in rhyme as I am in how words feel in my mouth. The soft consonants throughout this story suggested that language was ineffective against this haunting idea of death and falling, and that idea ratcheted up the tension to me. Also, words that can carry a little buzz after you finish saying them (like “swims” and “time”) is something that I think also brought a little more anxiety to a narrative that is preoccupied with the idea of a presence that lingers.

Are you afraid of heights? Why or why not, do you think?

I am not so much afraid of heights as I am of falling to my death. And I think part of that is because I grew up on stories that had broomsticks and flying carpets that always took the character up, up high. And I would always worry a bit about what it would be like if you suddenly felt unsteady and lost your balance. I was a very nervous kid, growing up. I constantly worried about everything. I’m still very anxious today. Whenever I go up to any height, or up a flight of stairs, and I look down, I always think about falling.

Can you talk a little bit about your writing process in general, where you find inspiration, and walk us through the submission process for this piece?

I see writing as a response to things that I find interesting. I’ve written stories because I was interested in how another writer depicted relationships or how they brought in the reader. I’ve also written to make sense of my own feelings and to respond to a piece of media that I loved or hated. It really varies; it just has to have a central idea that I find interesting for me to spend time on it. And I’m honestly a very slow writer. Flash pieces tend to take a few weeks, and longer stories and essays often take six months, if not longer. Everything has to sit right. I thought because “Vertigo” was so violent, it’d take a while to find a place for it. I hadn’t submitted it anywhere when D.T. Robbins at Rejection Letters announced a submission window while he was drinking. I thought, “That’ll be a nice first rejection.” Imagine my surprise when he emailed me literally eight minutes after I submitted and said, “We’re publishing this in August.” That was a very validating moment, to have someone respond so positively to my work on instinct.

Kirsten Reneau is a writer, teacher, and interviewer. She received her MFA from the University of New Orleans in 2021 and lives there now with her dog. Her personal work can be found online at http://www.kirstenreneau.com.
flash fictionKirsten ReneauLit Hub RadioMicropodcastsRoss Showalter
Share: 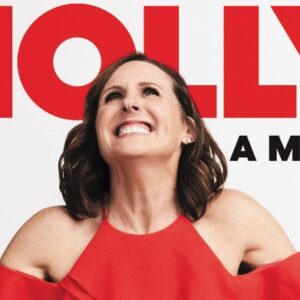