Five Reasons Why a Writer Should Move to Chicago

None of Them Are Pizza

The Independent Bookstores Are Fierce
The best thing about Chicago’s independent bookstores is that they don’t take shit from anybody. Especially not Jeff Bezos. Last year, when Amazon announced plans for a brick-and-mortar store in Lake View, Chicago indies pulled no punches—17 of them released a joint statement on Amazon’s tax evasion lawsuits and data collection practices. A few weeks later, 23 booksellers essentially unionized to form the Chicagoland Independent Bookstore Alliance, which promotes literary events throughout the city.

Each of Chicago’s independent bookstores has a distinct personality and a palpable sense of place. Like to drink while you read? Volumes Bookcafe in Wicker Park can’t stop instagramming new ways to mix alcohol with coffee, and The Book Cellar in Lincoln Square has a tasteful selection of wine. Like book-browsing with your baby? RoscoeBooks literally designed their aisles to make room for strollers. Want to pair indie-press books with indie-label music? Curbside Books & Records in the Loop sells both, exclusively.

And unless you’ve got a time machine, your publisher probably isn’t going to send you on a national book tour. If you live in Chicago, that’s okay, because you could spend an entire month just visiting the bookstores in town. From the Far Southwest Side to the North Shore, you can find literary events (book signings, book clubs, readings, trivia nights, you name it) every night of the week. And people actually show up and buy books, because the city’s booksellers, writers, editors, and readers all know and support each other.

There’s No “NYC vs. MFA” Dichotomy
You might see your writing career as a choice between 1) moving to New York, hustling at all the right industry events, and landing a Big Five contract, or 2) teaching at a university and publishing with independent presses. Chicago is neither New York nor a college town, and Chicago writers don’t have to make an either-or decision. Most of its best-selling authors and poets—Kathleen Rooney, Aleksandar Hemon, and Quraysh Ali Lansana, for instance—teach at one of the city’s universities. Big Fivers like Rebecca Makkai and Audrey Niffenegger show up for indie press launches and mentor MFA students. And Chicago’s seven university writing programs aren’t the cloistered Raymond Carver factories of old; most prepare students for actual careers, like DePaul’s MA in Writing and Publishing.

But to be a successful writer in Chicago, to be published regularly and supported by your peers, you don’t need to be a well-connected networker or an established academic. Nelson Algren was just a few months out of jail when he won his first O. Henry Award. Richard Wright learned how to write while working as a postal clerk. Veronica Roth was an undergraduate at Northwestern when Divergent was published. In this town, all you have to do is work your ass off.

The Readers Will Come to You
As the cultural capital of the Midwest, Chicago draws huge crowds for festivals, conventions, and conferences. The AWP Conference has come to town three times in the past 12 years, and last summer, BookExpo America (BEA) finally returned after being a fixture throughout the 1990s and 00s.

In the spring, the Chicago Comics & Entertainment Expo (C2E2) doesn’t just feature comic books, but also science fiction, fantasy, horror, and mystery writers. Just north of city limits, the Evanston Literary Festival is only three years old, but it’s already been blessed by the likes of Alexander Chee and Stuart Dybek. In the summer, Printers Row Lit Fest is the largest outdoor literary festival in the Midwest, set in Chicago’s historic printing district. And in the fall, the Chicago Book Expo at Columbia College brings all of the city’s presses and literary organizations together for workshops and a book fair.

You Don’t Need to Leave Town to Get a Decent Byline
If you want to be published in glossy literary magazines, Chicago has some of the country’s most esteemed. The grey lady is Chicago Review, published by the University of Chicago since 1946, but there’s also Northwestern’s fearless Triquarterly and Roosevelt’s feisty little Oyez Review. Columbia College likes paper so much they have a nationally recognized poetry journal and a nonfiction periodical. The Poetry Foundation—publisher of Poetry Magazine—kind of lives here, in the city’s most beautiful reading space.

If you want to be a freelance journalist or critic, Chicago has dozens of outlets that are always looking for pitches. The editors don’t hide behind a gatekeeper, and you don’t have to attend snobby parties to introduce yourself. Most of the Chicago Tribune’s daily books coverage is written by freelancers. Chicago magazine and the Chicago Reader are open to pitches 24/7, from arts and culture features to investigative reporting.

If you want to publish a book, Chicago is home to the largest university press in the country (the University of Chicago Press) and a rogues gallery of indies. Haymarket Books is a “radical” house that’s published free-thinkers from Noam Chomsky and Howard Zinn to Rebecca Solnit and Arundhati Roy. If want to write experimental fiction, Featherproof Books will make it beautiful, as they did with Blake Butler’s Scorch Atlas and Amelia Gray’s AM/PM. If you’re a hybrid genre writer, Rose Metal Press does some amazing stuff with prose poetry, flash fiction, and “other literary works that move beyond the traditional genres of poetry, fiction, and essay.”

The Literary Scene is Diverse and Inclusive
The story of Chicago letters isn’t a “who’s who” of old white dudes, and it never has been. No offense to Nelson Algren, Carl Sandburg, or Saul Bellow, but our municipal muse is the great Gwendolyn Brooks, who immortalized the “Black Metropolis” of Bronzeville in verse. Our finest novelist was Richard Wright (Native Son), who chaired the South Side Writers Group during the Chicago Renaissance and launched the careers of Arna Bontemps, Margaret Walker, Fenton Johnson, and Frank Marshall Davis. On any given day, you can find someone on the “L” train reading Sandra Cisneros’s The House on Mango Street.

Today, though Chicago remains one of the most segregated cities in America, writers are thriving in every corner. On the West Side, poets like Nate Marshall and Kevin Coval cultivate teen voices through Young Chicago Authors and Louder Than a Bomb, the largest youth poetry festival in the world. On the South Side, civic journalism lab City Bureau is training a new generation of writers to uncover Chicago’s hidden stories. On the North Side, independent bookstore Women and Children First recently launched The Conversation, an activist-minded literary series where writers like Roger Reeves and Erika L. Sánchez discuss civil disobedience and being American “under a hostile regime.”

If you do move to Chicago, make sure to step out of your geographical comfort zone to support writers, bookstores, and institutions beyond the boundaries of your neighborhood. Even in the winter. 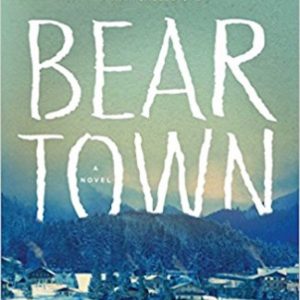 Late one evening toward the end of March, a teenager picked up a double-barreled shotgun, walked into the forest, put the gun to someone...
© LitHub
Back to top